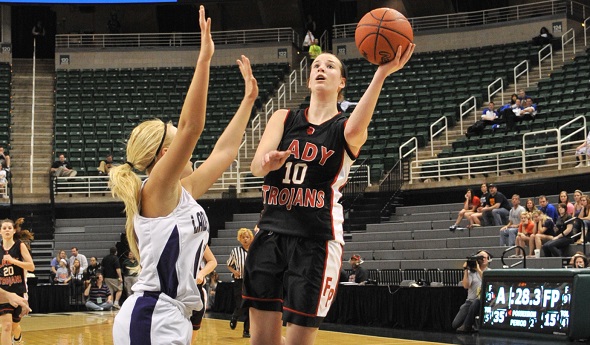 Crystal Falls Forest Park junior Lexi Gussert has been one of the state’s most dangerous scorers over the last two seasons.

It's a much-deserved reputation, considering the numbers she put up again this season.

Gussert's name has been added to the MHSAA record book three times for exceptional feats she achieved this winter. See those and more recent entries for girls and boys basketball, volleyball, wrestling, football and hockey in this week's "Records Report" – and click on the sport subtitle to go directly to the record book for that sport and directions to submit candidates.

PHOTO: Crystal Falls Forest Park's Lexi Gussert (right) goes up for a shot during the 2012 Class D Semifinals at the Breslin Center.