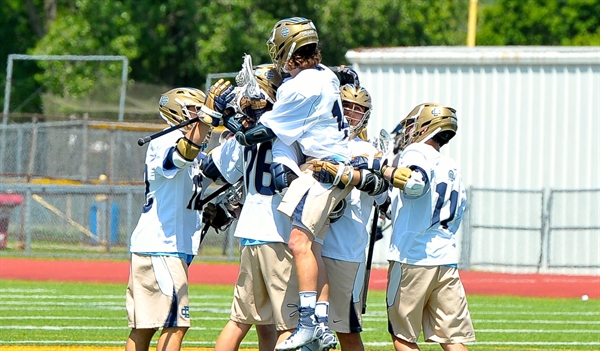 TROY – Detroit Country Day this spring earned one of the most notable wins in Michigan boys lacrosse history.

But despite handing Birmingham Brother Rice its first in-state loss since 2002, by a score of 8-7, the Yellowjackets also lost four one-goal games – and coach Michael Cappelletti wasn’t sure how his team would respond when Saturday’s MHSAA Division 2 Final began to play out in a similarly low-scoring way.

Reigning champion Bloomfield Hills Cranbrook-Kingswood pulled within two of Country Day’s lead just 12 seconds into the fourth period. But this time the Yellowjackets finished like champions and hoisted their third MHSAA championship trophy after a 12-8 win.

Country Day didn’t allow another goal over the final 11:48, and only two shots with a chance before the Cranes fired off a quick volley during the final minute.

“It’s the hardest-working group of kids I’ve been around in my life, the best team I’ve coached in my life,” said Cappelletti, who took over the program this year after previously coaching in North Carolina and Rhode Island. “They’re together, from the kid who knows he’s not going in ever to the kid who had the best game, which I can’t tell you who that is right now – which is the best part about coaching this team.”

Country Day previously had won Division 2 championships in 2011 and 2005 and finished runner-up in 2012. Cappelletti is the team’s third coach in three seasons, but inherited what he called a “lunch pail and hard hat group.”

The Yellowjackets (17-6) were disappointed to fall in the rematch to Brother Rice, 11-9, and then by a goal apiece to Grand Rapids Forest Hills Central and East Grand Rapids. But they gave the history-making win over the Warriors even more merit by finishing off an impressive tournament run that included wins over four top-10 teams, including 11-8 over East Grand Rapids when they met again in the Semifinal. 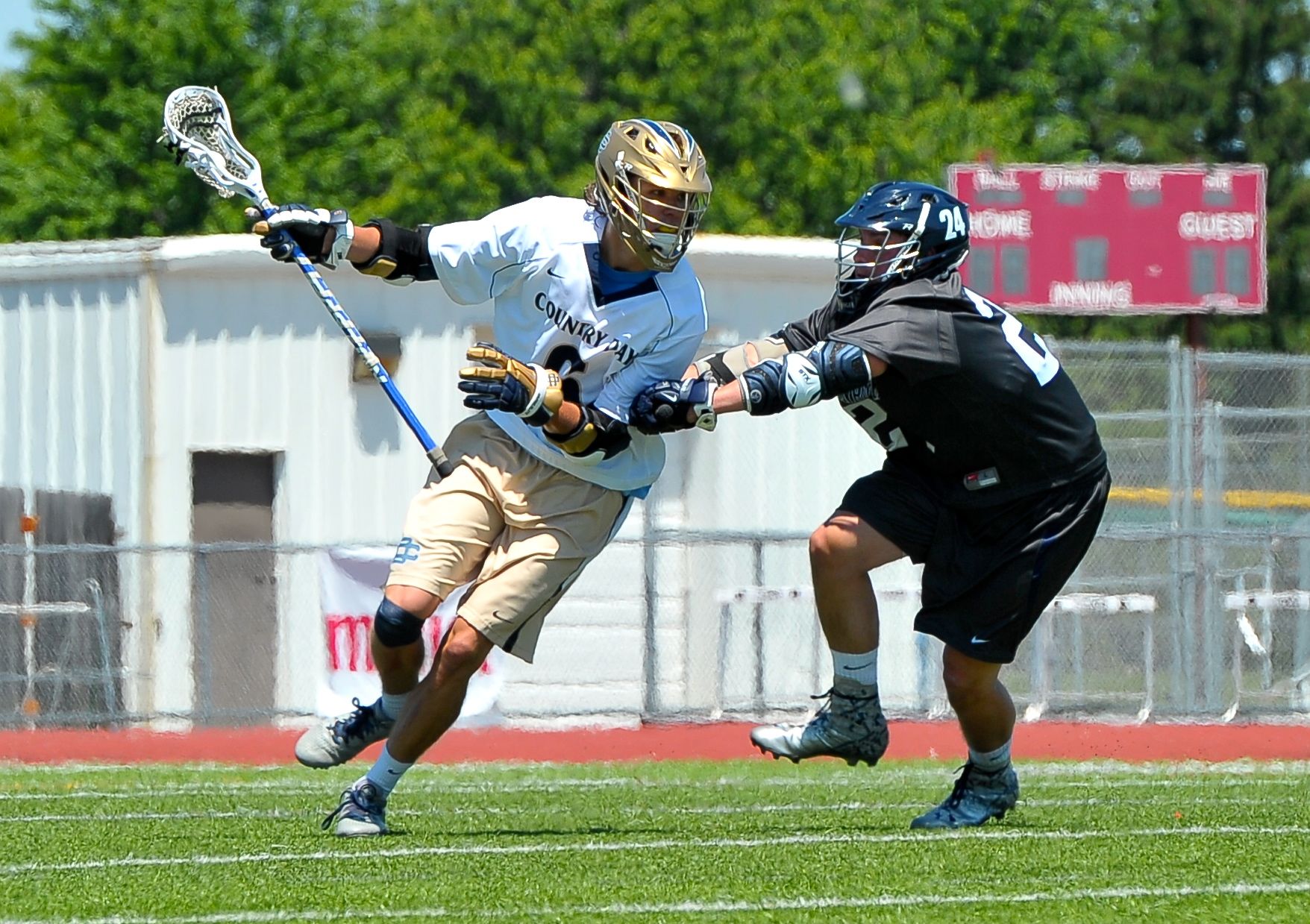 “Brother Rice was a huge win. … We’ve been rivals with them since sixth, seventh, eighth grade, and we knew this year we had a chance to beat them,” Country Day junior Devon Callaghan said. “We just seized that opportunity.

“(But) this was always our main goal, the state championship game.”

Country Day and Cranbrook-Kingswood had combined for 35 goals during the regular season when Country Day earned a 21-14 victory.

The low-scoring rematch might not have played to the fast-strike Yellowjackets’ best-known strengths. But while offense often gets headlines in lacrosse, Country Day’s defense was just as impressive.

Cranbrook-Kingswood’s eight goals tied its second-lowest output of the season – and came despite five from senior Matthew Giampetroni, who will join NCAA champion Duke next season.

The Yellowjackets were keyed on their side of the field by a trio of sophomores. Defenders Matt Dolan and Jonathon Boos were assigned to Giampetroni and junior all-state attack Johnny Wagner, who was held scoreless. Sophomore goalie Jackson White had 16 saves including a handful from close range.

“(Bowes and Dolan) have never been in a game like this, and we just said, ‘Hey guys, you’re on an island, limit their touches. … You take care of you, on them,’” Cappelletti said. “It was nothing fancy. Those kids are just tough kids.”

Despite drawing even three times, Cranbrook-Kingswood never led and trailed by as many as five goals, five minutes into the third period.

“We got down, and it’s hard to use a lot of energy coming back,” Giampetroni said. “Then we had some bad turnovers later, and they had the ball the last 10, eight minutes. It’s hard to score when you don’t have the ball.”

Junior goalie Ryan Rosenthal, however, was up to the task of facing plenty of shots, stopping 26 in a gallant effort.

Cranbrook-Kingswood finished 12-9, but 11-5 against in-state opponents.

“The fact that we made it to this point is a testament to the seniors. They were great leaders,” Cranes coach Mat Wilson said. “The good news is we’ve got a ton of juniors coming back, and the future is very bright.”