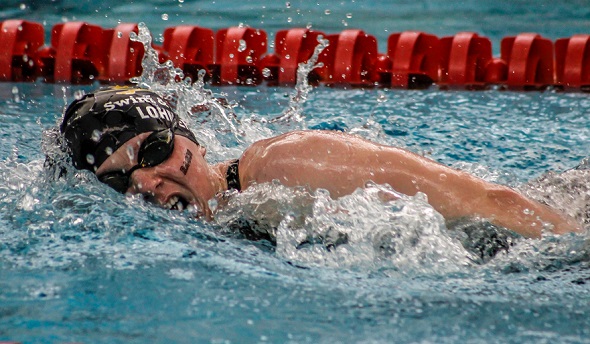 The Rochester Adams girls swimming & diving program had known plenty of success before this season.

The Highlanders entered the fall with seven straight top-10 MHSAA Finals finishes and having celebrated 12 individual event champions over their impressive history. Adams was coming off a third place in Lower Peninsula Division 2 in 2017 – its best showing during that recent run – and with one of those individual champs in senior Lisa Lohner back to lead another title chase.

On Nov. 17 at nearby Oakland University, Adams finished the climb by earning the first MHSAA Finals championship in the school’s swimming & diving history.

The Highlanders – the MHSAA/Applebee’s “Team of the Month” for November – scored 250 points, 30 more than runner-up Birmingham Seaholm. And the title actually was the first for either of the school’s pool programs, girls or the similarly prolific boys, who tied their highest finish by coming in runner-up in Division 2 last winter.

“It is just kind of that elation of always having strong kids in our program,” Adams coach Tim Hickey said in describing the lasting feeling from finishing the title run. “Swimming is pretty big in our area, so we’ve always had some great athletes come through the program, (and we’re) pretty consistently top 10 in the state. I guess to make that final hurdle to put it all together and win that first title is just an incredible feeling. It’s so nice to see all that hard work the athletes put in really paid off for them.” 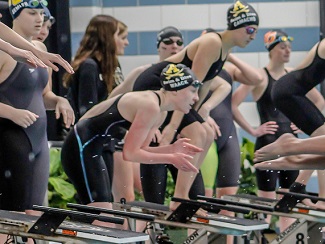 But her teammates picked up a sizable scoring load. In fact, the Highlanders scored in every swimming race – including the 50 freestyle, where they took eighth and a tie for 12th despite entering the meet without an athlete seeded to score among the top 16.

“A lot of things just came together this year,” said Hickey, who completed his 24th season leading the program. “We had several athletes back from injuries who either missed last year completely or we didn’t even know at the beginning of the year if they’d be able to compete. We had just a very strong senior class which has obviously been at that level for many years, three freshmen coming in … again, a lot of pieces of the puzzle all coming together this year.

“What makes it really great is that it was a total and complete team effort. We needed everyone there and everyone to perform well, and it really happened.”

Lohner will continue her career at University of Toledo.

PHOTOS: (Top) Rochester Adams’ Lisa Lohner swims to the championship in the 500 freestyle at last month’s LPD2 Finals. (Middle) Fernanda Camacho-Castro readies for her leg of the 400 relay while Alex Waack cheers on Valentina Rengifo. (Click to see more from HighSchoolSportsScene.com.)