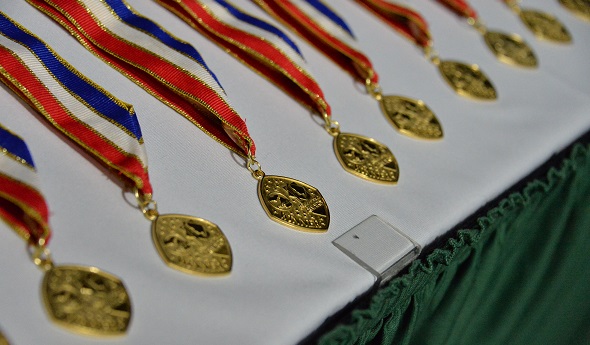 The 120 finalists for the Michigan High School Athletic Association's Scholar-Athlete Awards for the 2020-21 school year, presented by Farm Bureau Insurance, have been announced.

The program, in its 32nd year, has recognized student-athletes since the 1989-90 school year and again this winter will honor 32 individuals from MHSAA member schools who participate in at least one sport in which the Association sponsors a postseason tournament.

Farm Bureau Insurance underwrites the Scholar-Athlete Awards and will present a $1,000 scholarship to each recipient. Since the beginning of the program, 832 scholarships have been awarded.

Of 418 schools which submitted applicants, 12 submitted the maximum allowed. This year, 1,356 applications were received. All applicants will be presented with certificates commemorating their achievement. Additional Scholar-Athlete information, including a complete list of scholarship nominees, can be found on the MHSAA Website.

To be eligible for the award, students must have a cumulative grade-point average of 3.50 (on a 4.0 scale) and previously have won a varsity letter in at least one sport in which the MHSAA sponsors a postseason tournament. Students also were asked to respond to a series of short essay questions, submit two letters of recommendation and a 500-word essay on the importance of sportsmanship in educational athletics.

Farm Bureau Insurance of Michigan was founded in 1949 by Michigan farmers who wanted an insurance company that worked as hard as they did. Those values still guide the company today and are a big reason why it is known as Michigan’s Insurance Company, dedicated to protecting the farms, families, and businesses of this great state. Farm Bureau Insurance agents across Michigan provide a full range of insurance services—life, home, auto, farm, business, retirement, Lake Estate®, and more—protecting nearly 500,000 Michigan policyholders.