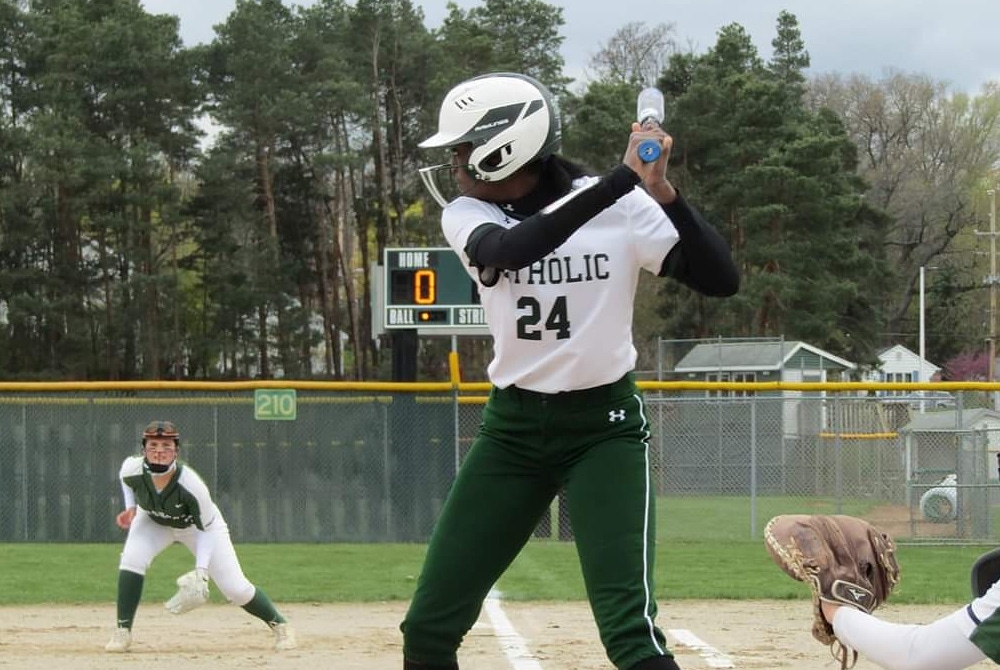 Recent Grand Rapids West Catholic grad Jaye Guichelaar played only one season of high school softball in Michigan after her family moved here from Washington a year ago.

But she made a quick and lasting impact on the MHSAA record book.

Guichelaar tied for the eighth-highest single-season batting average at .700 and also made the record book with 70 hits over 30 games. Although a record book list isn’t kept for this statistic, it’s an achievement also worth noting: She didn’t strike out over 100 at bats.

Read on for more recent additions to the softball record listings.

Durand earned its first record book entry in this sport this season, hitting 61 doubles over 28 games. Madison Raley led the way with 12.

Vicksburg’s Audrie Dugan earned a spot in the records with eight RBI in a May 19 win over Centreville. She was 4 for 4 with a home run.

A pair of Midland Bullock Creek hitters reached the record book with home runs in their respective back-to-back at bats this spring. Senior Mattie Midkiff hit home runs in two straight at bats against St. Charles on April 30. Junior Sydney Borsenik did the same, with both of hers during the second inning, against Carrollton on May 1. Bullock Creek also was added for 69 doubles as a team over 39 games.

Port Huron’s Emma Trombly was perhaps known more for her basketball talents this school year, but she made the softball record book with a big day April 22 against Warren Cousino. Trombly tied for third on the single-game RBI list with 10 in a 23-11 win, going 4 for 6 at the plate and also scoring five runs. She’ll play basketball this upcoming season at Northwood.

LaNya Bates didn’t get to play her senior season at Grand Blanc because of COVID-19, but her hitting over her first three earned her a place on the career batting average list at .541, with 193 hits over 106 games from 2017-19. Teammates Kendall Klochack and Rebecca Oetting were sophomores in 2019 and added to the single-season doubles list for 22 and 18, respectively, that spring. Bates is continuing her career at Memphis, and Klochack signed with Purdue.

Kalamazoo Central’s Kearney Miller earned her school’s first individual record book entry in this sport with 17 doubles this season. Kalamazoo Central also made the team record book with 74 doubles over 33 games. Miller will continue her career at Albion College.

A pair of Caro hitters were added to the records for achievements this spring as well. Freshman Leah Daniels drove in six runs during an April 26 game and had 17 doubles over 38 games this season, while senior Kelsey Marcola also drove in six runs in a game, June 1 against Elkton-Pigeon-Bay Port Laker.

A pair of West Bloomfield juniors made the single-season home runs list this spring. Sydney Stapf drove 12 homers over 30 games, while Alma Tatem hit 10 over 28 games.

Chloe May had a memorable May 10 with three record book entries coming from her performance in Pickford’s 26-12 win over St. Ignace. The freshman hit three home runs total, including two in back-to-back at bats, and drove in seven runs.

PHOTO: West Catholic’s Jaye Guichelaar stands in for a pitch during a game this spring. (Photo courtesy of the Grand Rapids West Catholic athletic program.)