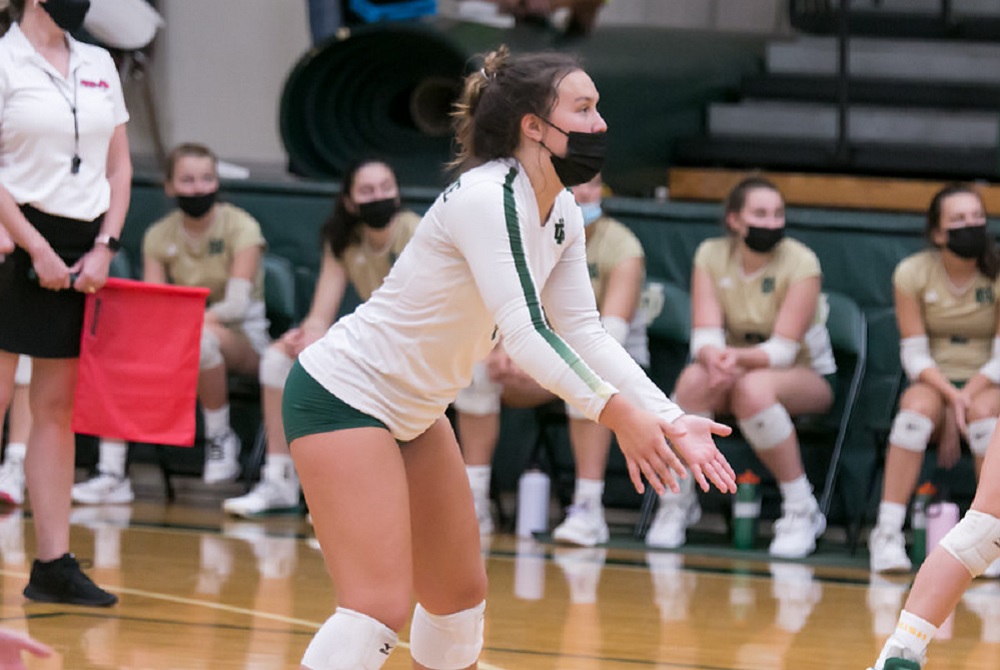 The Sept. 8 match between host Pontiac Notre Dame Prep and Bloomfield Hills Marian featured two of the elite programs in Michigan – Marian is the reigning Division 1 champion and Notre Dame Prep made the Division 2 Semifinals last season, and both entered the evening undefeated. Four athletes took• the floor who three days later would be announced among the 10 finalists for the state’s Miss Volleyball Award.

Notre Dame Prep would win 25-20, 19-25, 25-15, with Bloom’s defense and ability to extend rallies playing a major part. The team’s libero and one of those Miss Volleyball finalists, Bloom finished the match with 25 digs and 17 serve receptions at a 2.45 rating (out of a possible 3.00) with zero errors. She also scored eight points with three aces and only one error in 15 serve attempts.

Bloom carries a 4.0 grade-point average and will continue her career next season at Virginia Tech.