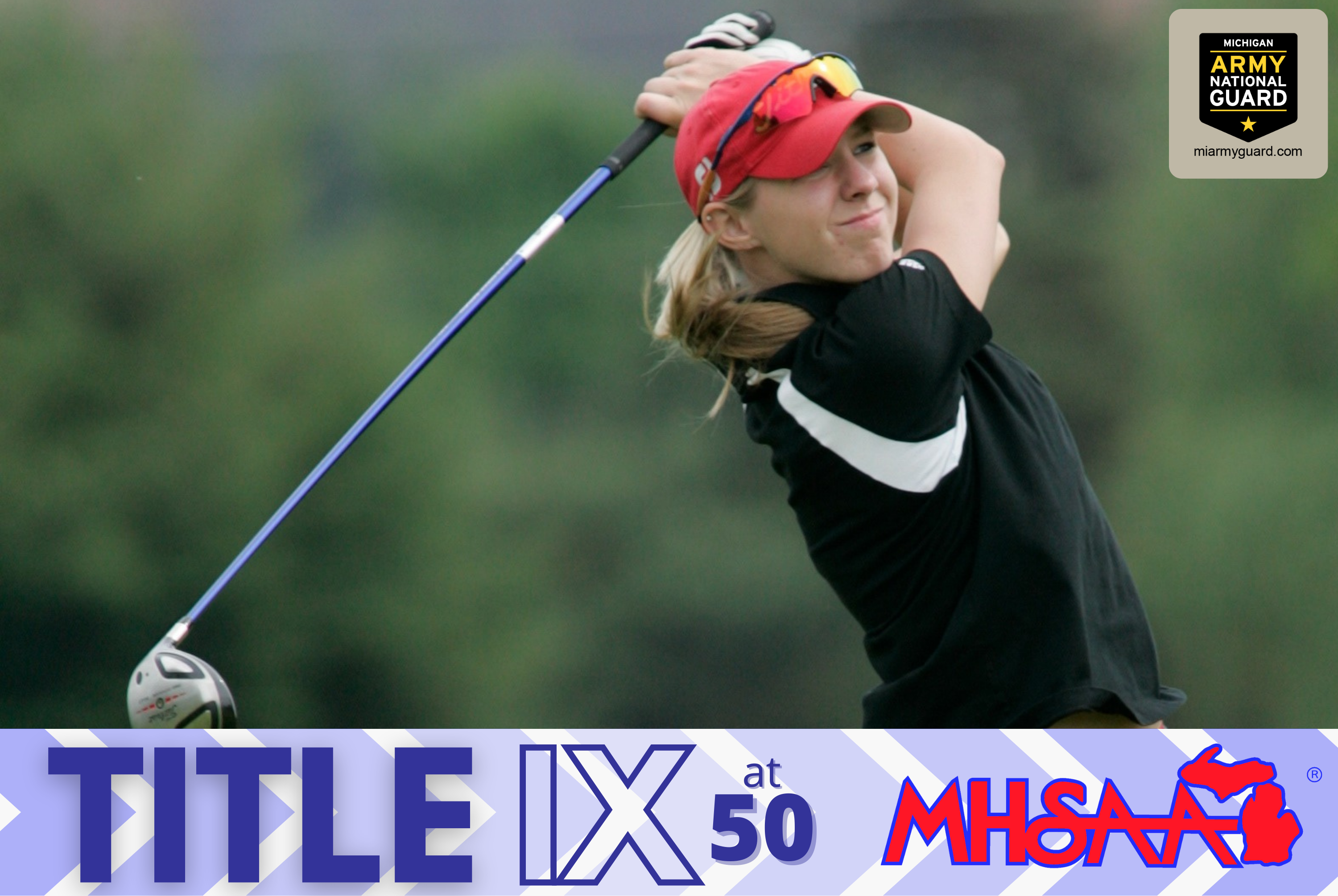 Girls golf teams across the Lower Peninsula have begun postseason play with Regionals this week, with a Monday tournament featuring the last two Division 1 Finals champions – 2020 winner Kate Brody of Grand Blanc shooting a 67 to edge 2019 medalist Allison Cui of Okemos by four strokes. The Oct. 15-16 Finals rematch at The Meadows at Grand Valley State University is sure to be a classic.

Brody’s 67 also recalls the unforgettable closing round fired by then-Livonia Churchill sophomore Shannon Warner on the way to winning the first of her back-to-back LPD1 championships during the Spring 2006 season.

Warner’s second-round 67 that June 3 followed a first-round 69 and tied the Finals record 18-hole score shot by Whitehall’s Laura Kueny on the same course in LPD3 a year earlier. But Warner’s combined 136 broke Kueny’s 36-hole Finals record, also set the year before, by one stroke.

Warner was an individual Finals qualifier in 2006, and she bested the field by 11 strokes. She also was an individual qualifier in Spring 2007 when she shot a 145 at Forest Akers West to win by five. Girls golf in the Lower Peninsula then was switched to the fall, and Warner returned to the Division 1 Finals four months after her second championship and tied for fifth, four strokes back.

Warner played her first three collegiate seasons at Michigan State University and finished her college career in 2012 at Eastern Michigan University, earning first-team all-Mid-American Conference honors as a senior. She won the Golf Association of Michigan Women's Championship in 2013.