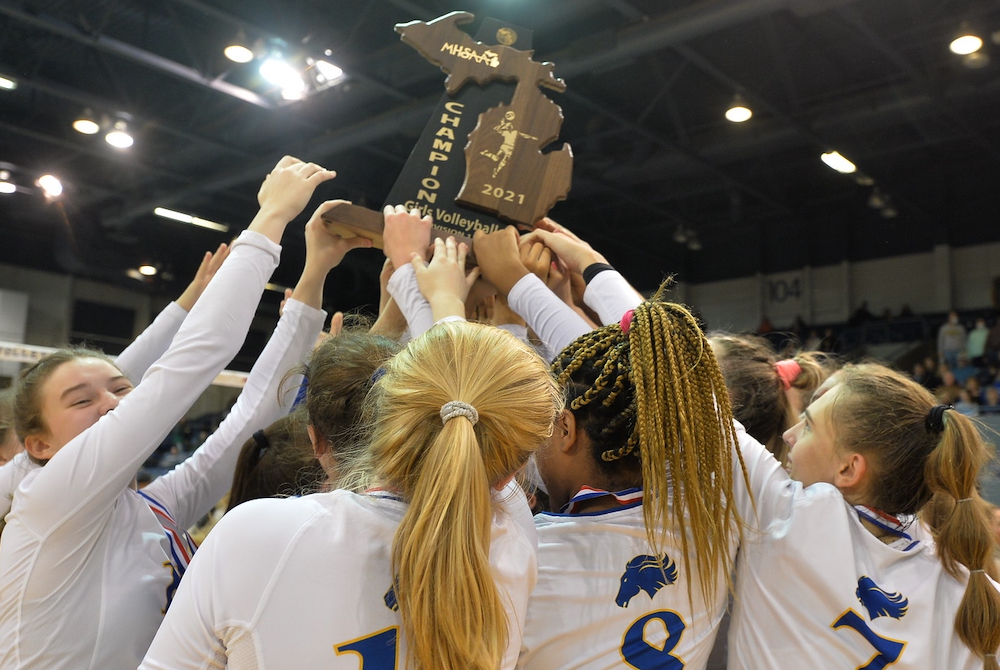 A total of 98 schools won one or more of the 128 Michigan High School Athletic Association team championships awarded during the 2021-22 school sports year, with two teams earning the first Finals championship in any sport in their schools’ histories.

A total of 29 teams won first MHSAA titles in their respective sports. A total of 45 champions were repeat winners from 2020-21. A total of 20 teams won championships for at least the third-straight season, while six teams extended title streaks to at least four consecutive seasons. The Lowell wrestling program owns the longest title streak at nine seasons.

Sixteen of the MHSAA's 28 team championship tournaments are unified, involving teams from the Upper and Lower Peninsulas, while separate competition to determine titlists in both Peninsulas is conducted in remaining sports.

Click Here for a sport-by-sport listing of MHSAA champions for 2021-22.