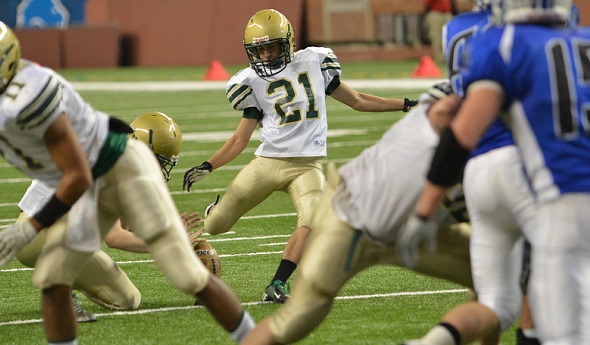 Griffin Seymour will head to Eastern Michigan University this fall as one of the most successful kickers in MHSAA history.

He’s also listed for 85 straight extra points, the fourth-longest streak, making 10 of 10 attempts in two games and 75 total as a junior. He had five extra points in his team’s 2013 Final win over Beal City. Seymour reportedly will walk-on as a kicker on the EMU football team.

See below for more of this week's additions to the MHSAA record listings, and click on the headings to see those sports' records in full.