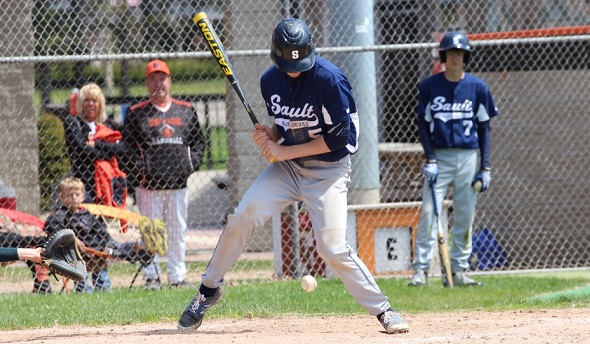 Nick LaCross got on base more than half the times he appeared at the plate for Sault Ste. Marie this spring, with an on-base percentage of .531.

He had 29 hits – and also was hit 29 times by pitches, setting an MHSAA record and tying the national record set in 1965.

PHOTO: Sault Ste. Marie's Nick LaCross reacts after getting hit by a pitch this season, one of 29 pitches that made contact with him as he tied a national record. (Photo courtesy of Sault Ste. Marie athletic department.)