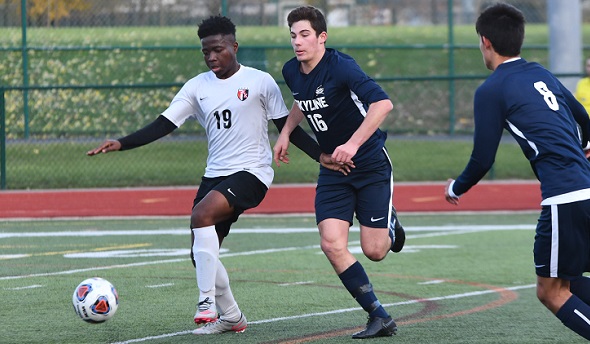 As the topic of seeding for MHSAA Tournaments continues to swirl in the air of numerous committee meetings on an annual basis, one of the primary concerns continues to focus on the simple question: “How?”

The MHSAA for years has been working behind the scenes on potential formulas which could best be used as a standardized tool to assist in measuring strengths of teams in a given sport.

This spring, the MHSAA introduced the Michigan Power Rating in the sport of Boys Lacrosse. The Representative Council approved limited seeding beginning in 2019-20 for girls and boys soccer and girls and boys basketball, and MPR will be the metric to determine which two teams must be seeded on opposite sides of District brackets in those sports.

“The boys lacrosse tournament has been seeded since it was added as an MHSAA-sponsored sport in 2005. The seeding is done by committee based on several criteria, one of which was statewide power rankings generated by a third-party website. In the Fall of 2018, that website ceased operation – it was the perfect opportunity for the MHSAA to develop its own data-driven, purely objective ratings system and incorporate that data into the seeding criteria,” said Cole Malatinsky, administrative assistant for the sport.

“The benefits of the new MPR system have been already mentioned – it is MHSAA controlled, simple, objective, and transparent, and it can be used by other MHSAA sports in the future.”

MPR is a computer rating formula similar to the popular RPI rating. MPR provides a way to measure a team’s strength relative to other teams, based on games played against other MHSAA tournament teams, largely on the strength of their opponents’ schedules. MPR is purely objective using only the game results listed on MHSAA.com – there is no subjective human element.

What is the basic MPR formula?

The MPR formula can be applied easily to other MHSAA team sports.

Why use the MPR formula?

Different rating systems have been used in the past or have been recommended to the MHSAA. We wanted to have a rating system where the data was controlled and stored in house and could be used for any sport featuring head-to-head competitions.

With its own rating system the MHSAA also can control the different components of the formula, thus keeping the tenets of scholastic competition at the forefront (like not including margin of victory in the formula). Finally, by listing all scores and team schedules online, as well as showing the MPR calculator on each team schedule page, the ratings are transparent and can be replicated easily.

What are the detailed components of the MPR formula?

How do you calculate winning percentage (W%)?

Divide the number of wins by the number of total games played. A tie is worth half a win. For MPR purposes, find the winning percentage against all teams that will play in the MHSAA tournament (MPR W%). Games played against out-of-state teams, varsity “B” teams, junior varsity teams, non-school club teams, and any other non-MHSAA tournament participants should not be included when calculating winning percentage. W% should be an easy number to calculate.

How do you calculate opponent’s winning percentage (OW%)?

OW% is not calculated via the combined record of the opponents; instead take the average of all opponent’s winning percentages.

How do you calculate opponent’s opponent’s winning percentage (OOW%)?

Use the same process described above, except calculated for the opponents of a team's opponents. This number is much harder to manually calculate, so the OW% for every team is listed on the MPR page of the MHSAA website.

Again, simply take the average of all opponent’s OW%.

How often is MPR calculated?

MPR is calculated about every five minutes. Enter a score and a minutes later the team MPR and the MPR of all the team's opponents will update.

How much will my MPR change throughout the season?

My score is missing. How can it be added?

This is a crowd-sourced system. Any registered user of MHSAA.com can add a missing score. ADs, coaches, parents, students and fans all can login and enter a score for any game.

What are some common errors when calculating MPR?

What happens if a game is cancelled?

Because the MPR system works off of averages, it will not make a difference in the final MPR if a game cannot be rescheduled. It would not penalize, nor benefit, any team involved in that scenario.

Where can I find game scores?

A list of statewide scores for all sports can be found in the MHSAA Score Center. To find a schedule for any team click on “Schools & Schedules” in the top navigation bar, search for the school, then once on the school page click the sport. You can also see a list of all schools (with links to schedules), on the statewide MPR list.

“We continue to have great success in score reporting for varsity boys lacrosse contests. While we state that schedule submission and score reporting to MHSAA.com are required, athletic directors and coaches understand that in order for MPR data to be accurate, we need consistent and accurate score reporting,” said Malatinsky. “MHSAA.com is now the primary site for high school boys lacrosse schedules, results and ratings in the state.”

How should I use the statewide list of teams and MPR?

Linked to the boys soccer page (and eventually to be added for both basketball pages and girls soccer) is a statewide listing of all Michigan Power Ratings (MPR) for teams entered into the MHSAA postseason tournament for that sport. Linked on the MPR page is an explanation of the District draw formula, describing when and how teams will be placed on the bracket.

The MPR data updates every five minutes. Click on the column headings to sort the data. You also can use the drop-down menu to show teams in one Division, or type a District number in the box to filter teams for that District (Region for boys lacrosse).

You also can click on any school name to go to its schedule page.

How do I read the school schedule page?

The schedule at the top of the page shows the date and opponent for all scheduled games, and results for games already played. If results are missing, click “Submit Score” to add a game score.

Below the game schedule is the MPR Calculator. The calculator is split into three sections. The first section shows the three MPR component scores for the team, as well as the team’s current MPR score. The second section shows the MPR information for the team’s opponents – specifically, for the opponents the team already has played (actually, for games where scores have been submitted). Only these games are included in the MPR calculation.