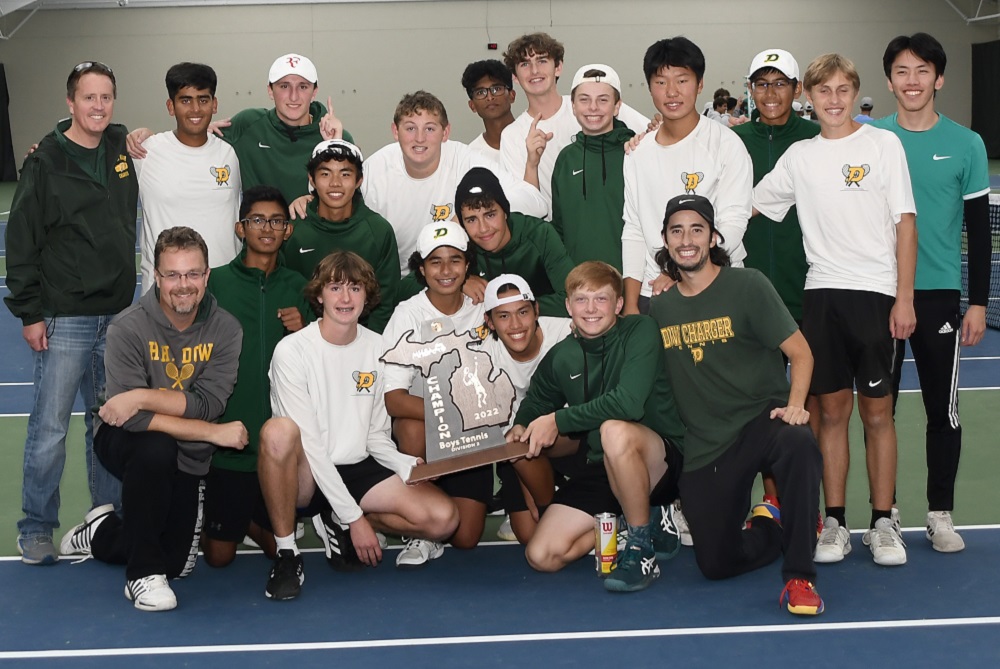 With top performers in every flight, the hometown Chargers were well-represented in their quest for the championship trophy, leading the likes of Grand Rapids Forest Hills Northern, which made a late charge; Mattawan, Birmingham Seaholm and Birmingham Groves.

Dow finished with 32 points, followed by Northern with 27 and Seaholm at 22.

Dow lost semifinal matches at No. 1 singles and No. 1 doubles. But sophomore and top seed at No. 4 singles Nimai Patel clinched the championship for Dow with a 6-3, 3-6, 6-0 victory over Sebastian Madlangbayan of Forest Hills Northern.

“I started out pretty strong, I was up 4-0 and then he started playing really well,’’ said Patel. “I started feeling the pressure. I finished out the first set, but the second set I was up 3-2 and my foot started cramping. I started hitting out every single ball. I had to regroup. I put some cream on where I was cramping, and I started playing a lot better.''

“We’re a very talented team and we were capable of getting through every flight,’’ said Patel. “We finished third last year. So, to get through this year and win was great.’’

“I felt like I made a lot of silly errors in the first set,’’ said Stafford. “I thought the match turned when I was up 4-1 in the second set. Mentally I was concentrating on hitting my shots. I didn’t want to lose my last high school match. It was great to get here and win.’’

Dow claimed No. 2 singles when top seed Aaron Li came back from losing the first set and prevailed, 1-6, 6-2, 6-1 over Karan Deol of Forest Hills Northern.

Li advanced to the final at No. 2 Singles when Chris Shang of Grand Rapids Forest Hills Central had to retire because of cramping.

“In the first set I didn’t have a good forehand,’’ said Li. “My coach talked to me after the first set, and I was able to find my forehand.

"We were hungry for the title this year. Coach will be happy for us.’’ 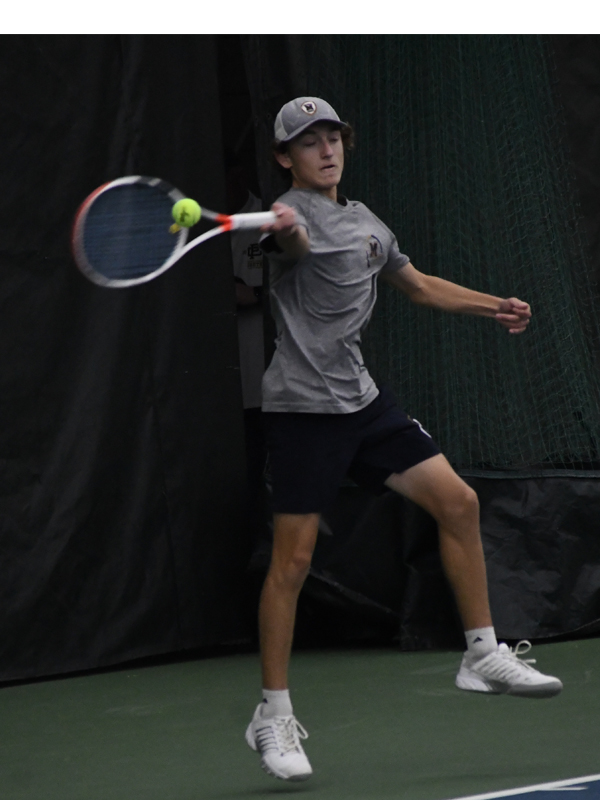 Rivals Groves and Seaholm played for the fourth time this year in No. 1 doubles. Seaholm won all four with Alex Lewis and Zane Chutkow earning the title 6-3, 6-4.

“We just bring the fight every time we face them,’’ said Lewis. “We can say we’ve never lost to Groves.’’

Dow captured No. 2 doubles as top seed Roofy Elsaadany and Aiden Tanis won 6-1, 6-2, in their final.

“It was a long year,’’ said Elsaadany. “I was out three weeks. We worked hard to get to this point.’’

Added Tanis: “Everything we did was to get to this point. The hard work paid off.’’