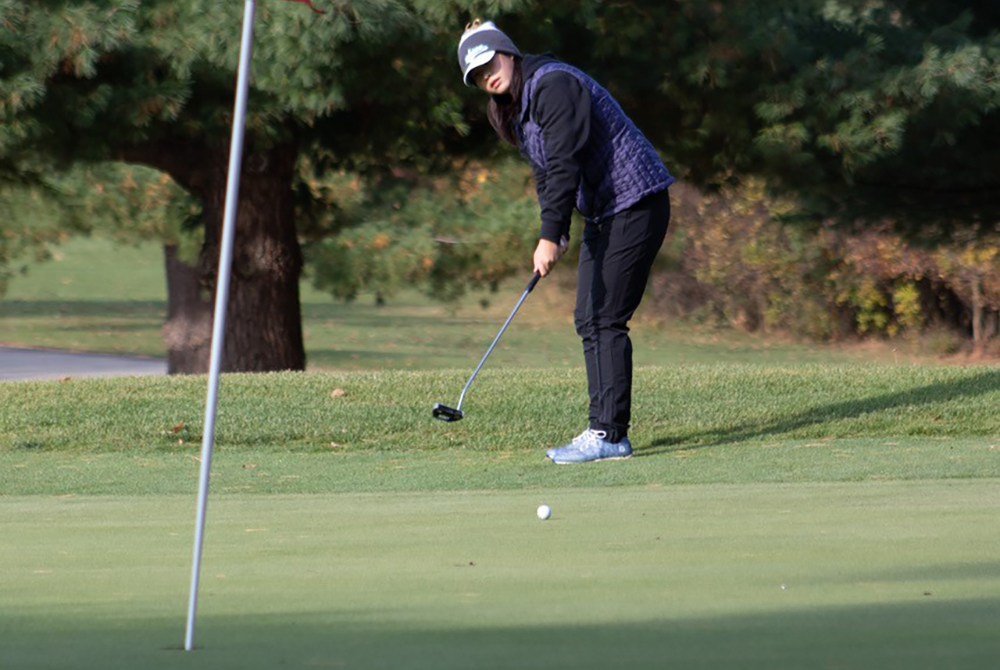 BATTLE CREEK — Grand Blanc senior Kate Brody said it was at least twice as good winning two state championships in girls golf than just having the 2020 title as a sophomore on her resume.

Coming in this season and into the postseason as the favorite – after taking third as a freshman and fourth in her junior year – Brody won her second MHSAA Lower Peninsula Division 1 title as medalist, with a two-day, one-over-par 145. She is heading to Wisconsin to play her college golf. 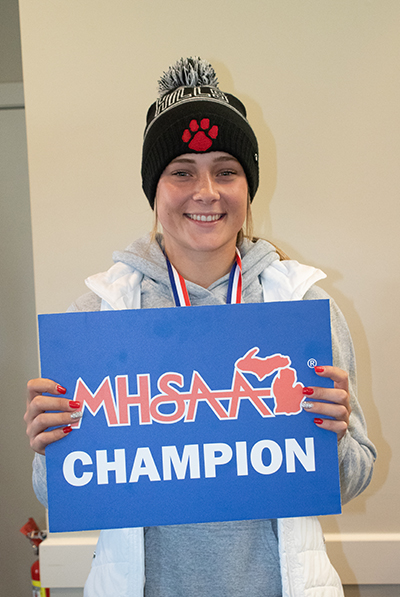 Brody finished one shot ahead of East Kentwood’s Elise Fennell, and four better than Grace Wang of team champion Rochester Adams and Jessica Jolly of Rockford who tied for third. The two-day tournament was played at Gull Lake View’s Bedford Valley.

“When Elise birdied three of her last four holes, I knew on the last hole I was only one stroke ahead, so I was happy that we were playing together; not so much because of (tracking) the score but she’s one of my really good friends and I like playing with her, we get along well,” Brody said. “I couldn’t have asked for a better way for my high school career to end.

“In my opinion I think I came in as the best player in this field and I’ve worked so hard for (a championship) to not happen, so I wasn’t expecting this but it was my overall goal for sure.”

Brody was pushing the thoughts of it being her last high school tournament out of her head.

“I think it will hit me later that this was my last high school event,” Brody said, “but I think I have too much excitement to be sad about that part right now.”

Weather is almost always a factor in mid-October for MHSAA finals, but Brody said the competitors are used to it all.

“I think this weekend was about making pars, as many pars as you can and staying in play,” she said. “Staying focused mentally because you’re going to have some bad shots, but I think staying strong mentally was the biggest factor this weekend. We’re all used to playing in this weather, it happens every year at the state finals, so it’s whoever handles it the best.”

Rochester Adams somewhat surprised the field, but not themselves, with a commanding win over four-time defending champion and No. 1-ranked Northville and No. 2 ranked Brighton. 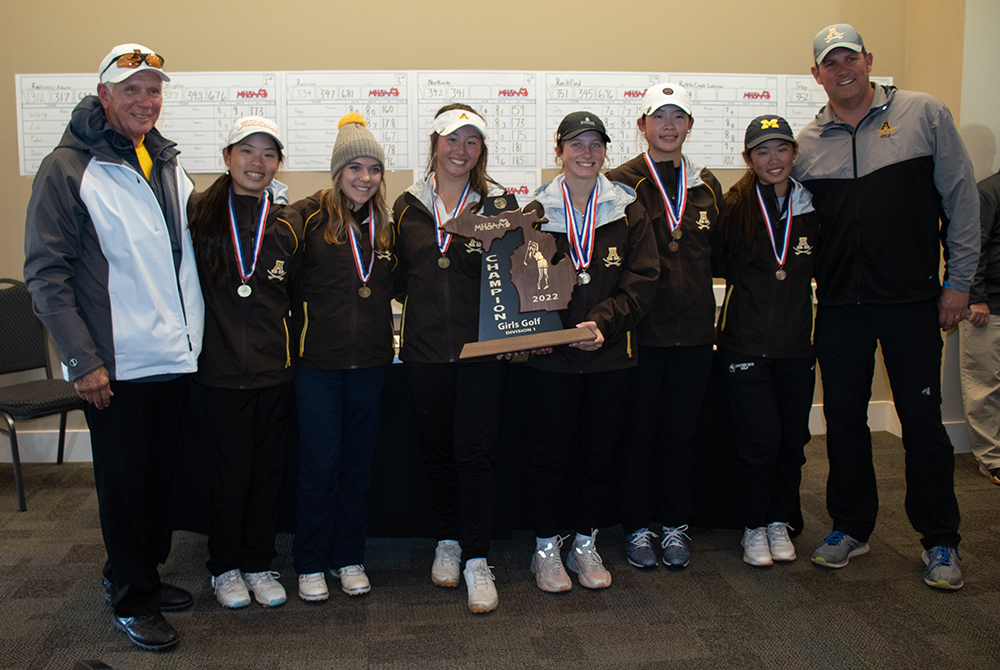 The Highlanders came in ranked No. 3 and showed what they could do, enroute to an unexpectedly-commanding win – its first in the history of Adams girls golf.

Adams led after the first day at 312, ahead of Brighton (327), Rochester (334) and Northville (342) – but Adams blew that margin wide open to win the state title by 47 strokes over the runner up Brighton (676) and by 52 over cross-town rivals Rochester (681). Northville was fourth and Rockford took fifth.

“These girls were laser-focused,” said sixth-year Adams head coach Jeff Kutschman. “They were loose, they were ready to play. They were able to come out and just play one stroke at a time. They didn’t start the round thinking about how they wanted to finish. They started the round thinking about how they want to hit the next shot. And that’s hugely important in golf.

“Brighton is outstanding, Northville is outstanding, Rochester and Rockford too, and there’s a bunch of other really good teams,” he added. “I did not expect that (margin) at all.”

Adams had three golfers finish in the top six: senior Grace Wang took T-3 (at 5-over par 149), Katie Fodale was fifth and Laura Liu was T-6.

“We set up our goals to start the season and took it one tournament at a time; we were not just thinking about the end (of the season),” Wang said. “Being able to win states is awesome as a team, and in the beginning, we knew we had the potential to do it, but I think we had to put in the work, use the mindset that we needed and work it together as a team.”

Initially, Kutschman wasn’t able to describe the program’s first state championship, but eventually said: “Just amazement, excitement, shock, and just admiration for these girls that went out there and did it.”