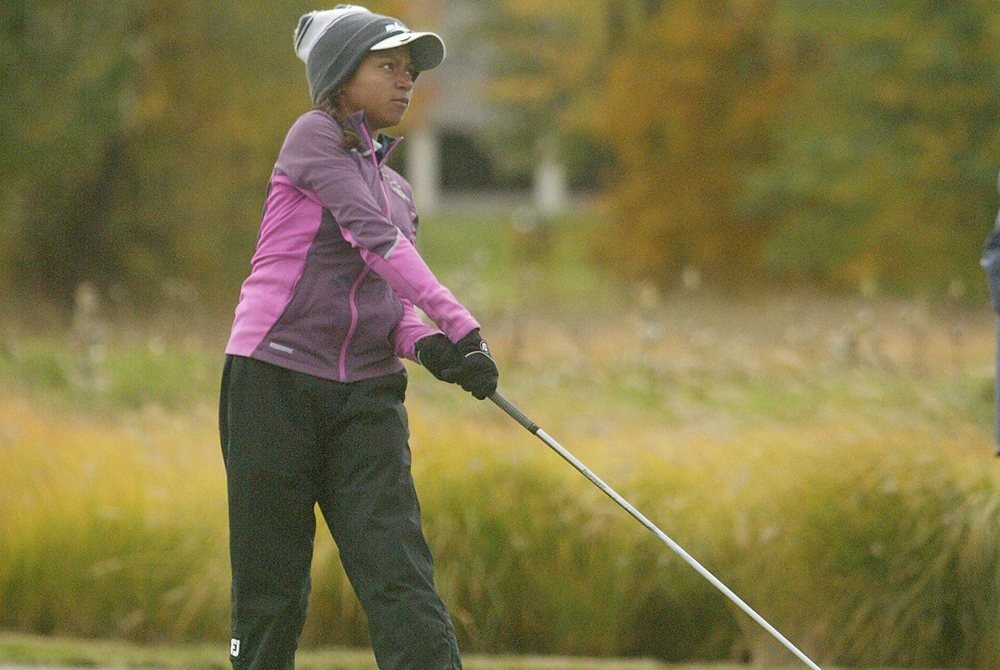 ALLENDALE — There's no doubt that after 50 years of coaching, David Swartout can spin an interesting golf story or two. But his latest yarn might rank as one of the strangest.

Four years ago Swartout's Jackson Lumen Christi girls golf team was recruiting anyone who seemed to have an interest in the sport. What he never would have guessed was that diverse mix of multi-sport athletes would eventually earn a state championship.

But that's exactly the case after Lumen Christi shot a 688 to win Saturday's MHSAA Division 4 Finals at a blustery The Meadows at Grand Valley State.

Four years ago the program's only two returning letter winners began recruiting anyone who showed a interest in picking up a club. They wound up finding seven takers and the resulting nine seniors capped what Swartout can only describe as a "phenomenal." 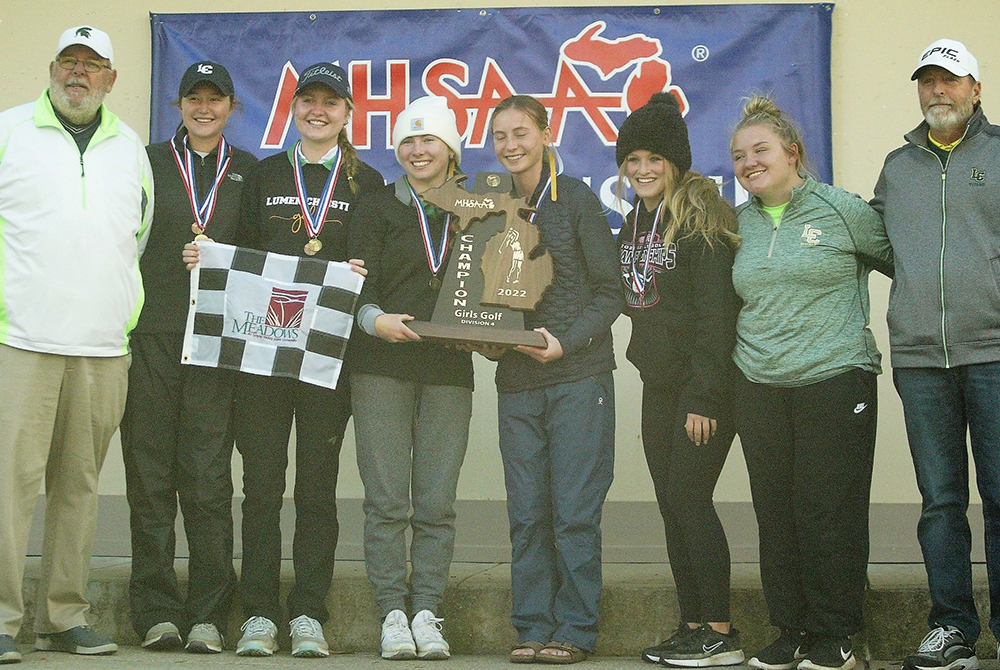 The Titans wound up winning six of nine tournaments this season (finishing second in the other three), won their conference and last week's regional by 13 strokes. Lumen Christi won the MHSAA Finals by 23 strokes over runner-up Adrian Lenawee Christian.

Swartout can only marvel at how the program went from scrounging for players to his 17th state title in coaching both girls and boys.

"To go from there to a state title is phenomenal," said Swartout, who has coached two girls teams to titles. "The last three years we've improved by 100 shots. That's unheard of. I've never ever seen anything like that in all the teams I've had."

How did the program accomplish it? Swartout cites as example senior Ashley Hilderley, who hurt her knee playing volleyball on Wednesday and was told by doctors the only way she could participate in the state meet was if she didn't have to walk the course.

"So she limped around for two days," Swartout said of Hilderley, who finished in a tie for ninth with a 167.

Anna McClure led Lumen Christi with a 163 which put her in the sixth spot overall.

Ann Arbor Greenhills' Mia Melendez won the meet with a 149. Logan Bentley of Columbia Central was second with a 150, Grace Slocum of Traverse City St. Francis was third with a 151 while Montague had the next two placers in Mackenzie Goudreau (159) and Natalie Kellogg (162).

Hilderley said the Titans, who were the top-ranked team going into the meet, didn't let lofty expectations get in the way of performance.

"We don't think of ourselves as individuals. We're very much a team," she said. "If anyone ever has a bad day, someone will step up. We trust each other."

Hilderley said the team never considered giving in to pressure.

"I'd rather have people say we're good rather than say you aren't any good," she said.

Swartout won't go out on a limb and call this the best team he's ever coached. But there is one trait he points to in explaining the remarkable success. He said he'll see several of the kids at the driving range on his way home after practice.

"It's hard to do that after having so many teams, but this is one of my most special. I'll say that," he said. "To put in the kind of effort they put in makes them special. They work so hard, it's phenomenal."

Melendez won last year's state meet as a freshman. She said there's little doubt in the old adage that it's always harder to win the second time.

"It was. It's hard to live up to (last year's) title and it was a much different course this year," she said. "All around, I had to play better,"

Melendez finishes off an unbeaten season, including a regional title and the top spot going into Saturday.

"There was definitely a lot of pressure, but I committed myself to staying calm and just fighting hard," she said.