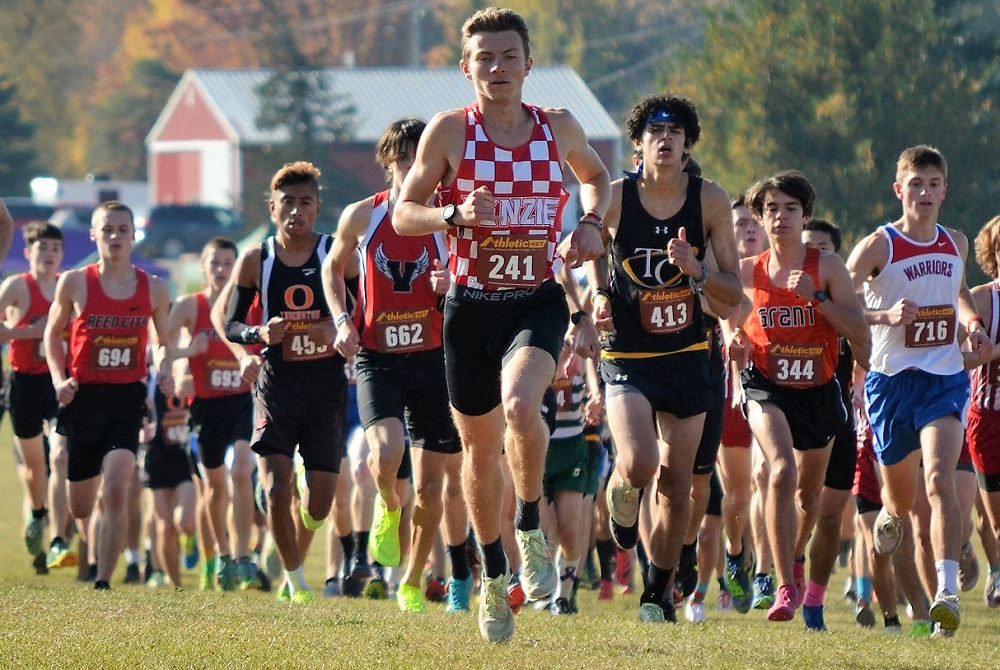 He plans to get the lead early, beat everybody in the first mile, pick up the pace in surges in the second mile and hang on with whatever he has left in the tank for the third mile.

And, perhaps as important, don’t get off course.

“I am kind of known as the guy that goes the wrong way,” Jones admitted with a laugh. “I’ve done it quite a few times.

“Now I have to make a conscious effort to walk the course before,” he continued. “You know I am always a little worried if there is no cart in the front to go in front of the race.”

Jones recalls almost following a cart off the course in one of his Finals. Luckily, he realized in time that the cart was leaving the course and he managed to avoid disqualification.

“The cart actually went off the trail to get out of my way, and I followed the cart,” he recalled. “I almost went off the course.

“I stayed in between the cones, and it probably cost me five seconds.”

He’ll be running the same course — Michigan International Speedway in Brooklyn — that he’s dominated in winning Lower Peninsula Division 3 championships his first three years. And he’s coming off setting a course record at Remus Chippewa Hills, hosts of the Regional. That win finished a career Regional sweep for Jones, and he’ll be joined at the Finals by his entire team as the Huskies placed third.

The only year Benzie didn’t join Jones at the Finals was 2020 when the team was missing a top runner because of COVID-19. Dorian Olsen, Benzie’s number four runner, also will be appearing in his third Final as the only Huskies teammates to run with Jones all four years. 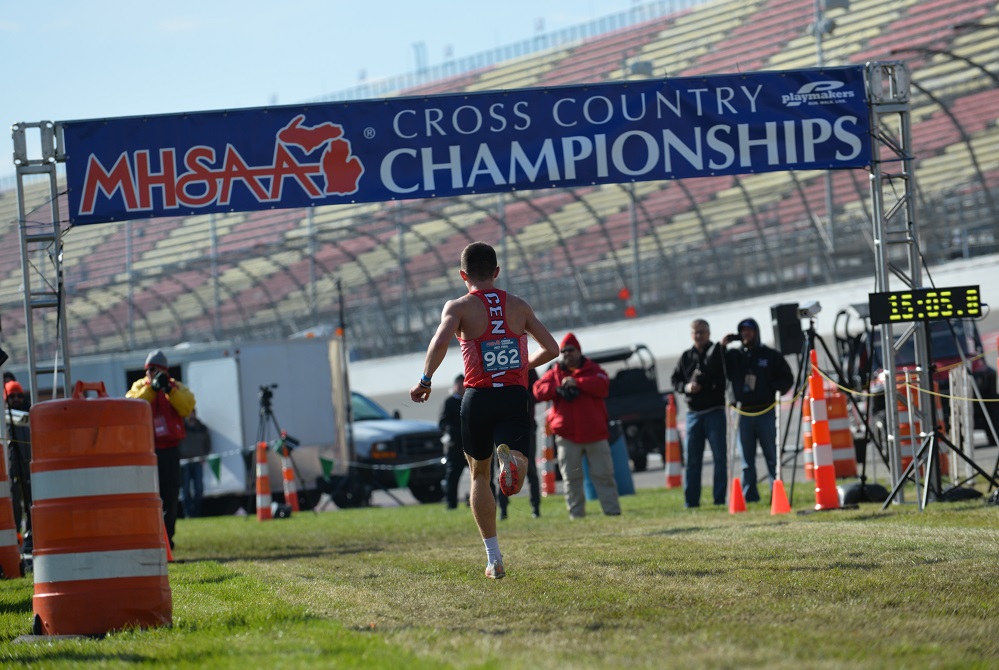 If Jones is successful in winning Saturday, he will become only the second Lower Peninsula runner to capture four Finals individual championships. The other was Ryan Shay of Central Lake from 1993-96. Shay went on to an All-America career at Notre Dame and ran professionally until his unexpected death in 2007 after he collapsed during the U.S. Olympic marathon trials in New York City.

Jones also has besting Jake Flynn’s three cross country Finals championships won for Benzie some 20 years ago on his mind as he seeks to become the first ever Michigan runner to win four with individual and team qualifiers competing in the same race. Shay won four championships during the era where separate Finals were run for team and individual qualifiers. Shay's championship as a freshman came in the individual qualifier race and his time would not have won the team race, but it's tough to say what might or what might not have happened had he been pushed by those he didn’t get the chance to run against.

Jones is well aware of the history, which also includes Brimley’s Austin Plotkin becoming just the second runner in state history to win four consecutive Finals titles when he finished his run at the Upper Peninsula Division 3 championship race in 2019.

“I would say it was a goal my freshman and sophomore year, and afterwards in became part of a plan,” Jones said of winning four titles. “It became a step in my bigger goals of going to nationals, getting All-American and national titles and stuff.

“I am on a good path,” he continued. “I feel like I have to keep improving and keep working hard.”

Jones will be going to Wake Forest next fall to join one of the elite Atlantic Coast Conference cross country programs. “We have a really good recruiting class for my years so all those guys will be pushing me,” Jones predicted.

Before that, he’ll also try to reach lofty goals for his senior track season including running a sub four-minute mile and going after the Benzie school record in the 400. Jones owns all of the long-distance school records at Benzie, and he’ll try to break those as well, setting the bar on those races even higher.

“Many before him set records that many thought may never be broken,” said Benzie coach Asa Kelly. “Hunter is different though.

“His current 5K PR (personal record) is 40 seconds faster than the previous record holder Jake Flynn, and he was a three-time state champion, Mr. Cross Country for the state of Michigan, and a Foot Locker All-American,” Kelly continued. “To put his legacy into perspective will take many years, and we still may never fully grasp the kind of runner Hunter Jones was.”

Benzie has a tradition of naming training groups after legendary runners, and team members fall into those based on ability level. Jones now has a group named after him. He is currently the solo member of that tier, and it may not ever change.

“Hunter has put himself in a separate class when it comes to the great Benzie runners,” Kelly said. “We have had so many tremendous runners come through this fine program.

“He is a once-in-a-lifetime athlete for a school like Benzie Central.”

Jones’ brother Rick and sister Sarah are among past standouts in Benzie’s rich track and cross country past. Hunter recalls watching his siblings compete, and also how he started running as a second grader and was winning races against fifth and sixth graders.

He hopes he’s had an impact on younger runners, especially the up-and-coming ones in Benzie’s middle school program. He’s looking forward to their futures as well.

“I feel like the people that are coming up now, like the middle schoolers and the freshman now, are going to be pretty good,” Jones said. “The younger kids definitely look up to me, and I try to do the right thing.”

Like many high school seniors, Jones has been surprised by how fast his high school days are vanishing.

“I am sad that I am going to leave, but mostly excited that I get to go on and keep moving on to bigger things.”