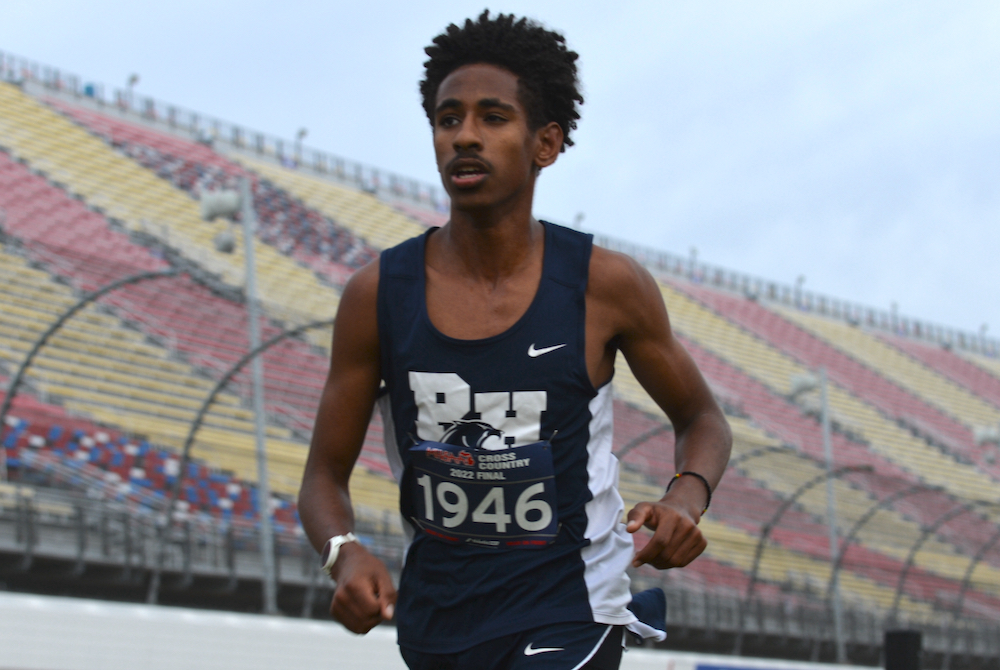 BROOKLYN – This year, it wasn’t just about individual glory for Lezawe Osterink.

As soon as Osterink crossed the finish line after winning his second MHSAA Lower Peninsula Division 4 cross country championship Saturday, his thoughts turned to his Wyoming Potter’s House Christian teammates who were still on the course.

He didn’t have to wait long for his friends to join the postrace party.

Potter’s House became the first boys team to sweep the first three places in an MHSAA Final since the meet moved to Michigan International Speedway in 1996. The Pumas’ fourth and fifth runners weren’t too much farther back, giving Potter’s House a Division 4-record winning score of 35 points.

“Last year, we weren’t as good as this,” Osterink said. “It was more of an individual focus. This year, we can really win it and hopefully get that record. It was exciting. I love training with them.”

Osterink dominated the field, winning by 24.01 seconds in 15:36.84. Although he was running solo up front, he was aware of what was taking place behind him. 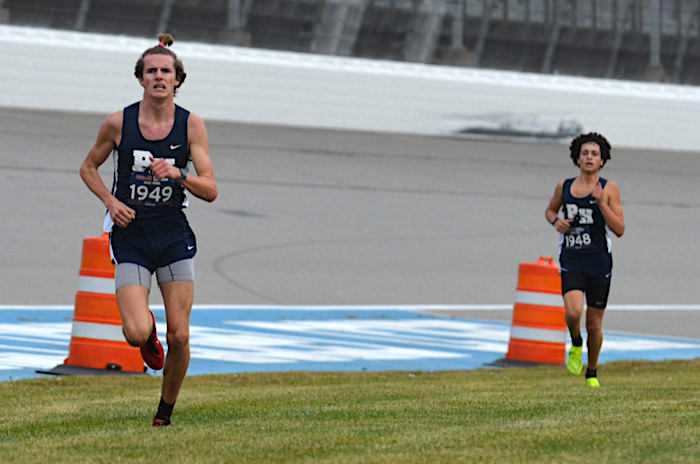 “I could hear them,” he said. “Our coach got around to almost all the spots. He was updating me on how they were doing.

“That’s just sweet. I don’t think any team in the state can do that right now. It’s cool to get 1-2-3 and the other guys following.”

The Pumas’ score is the third-lowest for a boys team at the MHSAA Lower Peninsula championships since 1956. The only lower scores both took place in 2006 when Pinckney won Division 1 with 27 points and Dexter won Division 2 with 28.

It was the first MHSAA cross country championship for the Pumas, who were 11th in 2020 and 12th last season. Potter’s House hadn’t qualified for the Finals before 2020.

“It’s weird, because we’ve been thinking about it for so long,” Swiney said. “Ever since our first meet, we knew we could do it. It’s constantly putting in the work, and it worked out.”

Training with a Finals championship-caliber team brought out the best in all of the Pumas’ runners.
“In workouts, to have someone around your skill level, it does a lot,” Rodriguez said. “We push each other every day in practice. In races, you can push each other there, too.”

Johannesburg-Lewiston finished second with 101 points, while Petoskey St. Michael was third with 153.