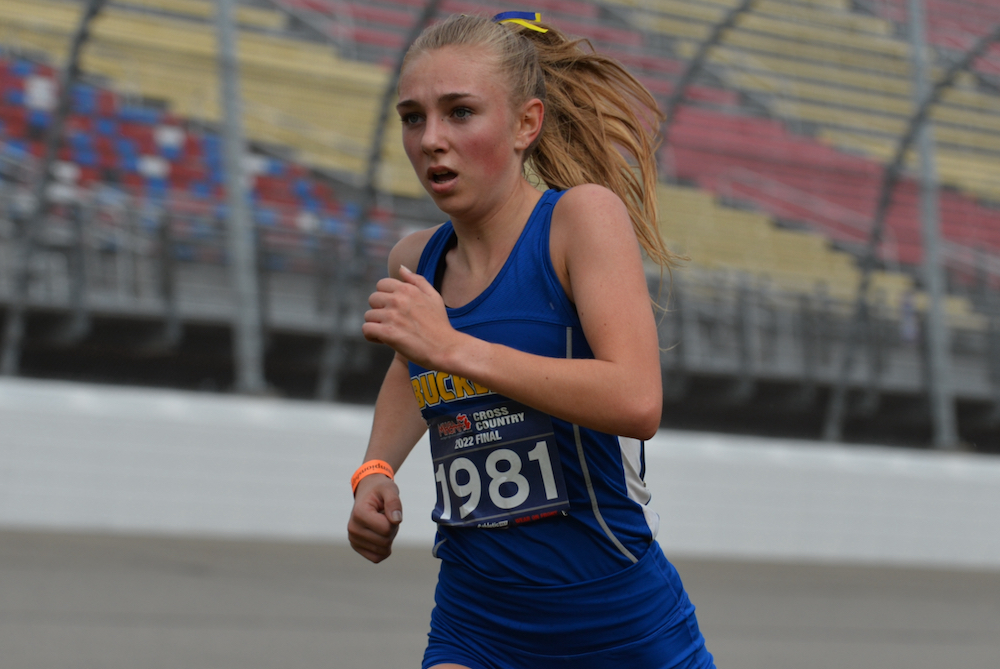 BROOKLYN – People in Aiden Harrand’s support system saw potential in her before she saw it in herself.

She was having a strong start to her freshman year at Buckley two years ago, but Harrand had no idea how good she could become.

Other people around her could see the greatness within her, however.

“My freshman year, I had all the people around me kind of saying, ‘You could win the state meet your freshman year,’” Harrand said. “I didn’t really believe it. Well, I started looking at the rankings and stuff, and I really could. But I had a rough morning that year. It didn’t turn out like I wanted. It lit something inside me like, ‘I want to get this done. I want this to be my main goal.’”

It took two years, but Harrand has fulfilled the promise that her coaches and teammates forecasted for her. She won the MHSAA Lower Peninsula Division 4 championship Saturday with a time of 19:05.89 on a wind-swept Michigan International Speedway course.

Harrand was a contender her first two years, placing fifth as a freshman and second last year.

This year, everything came together. 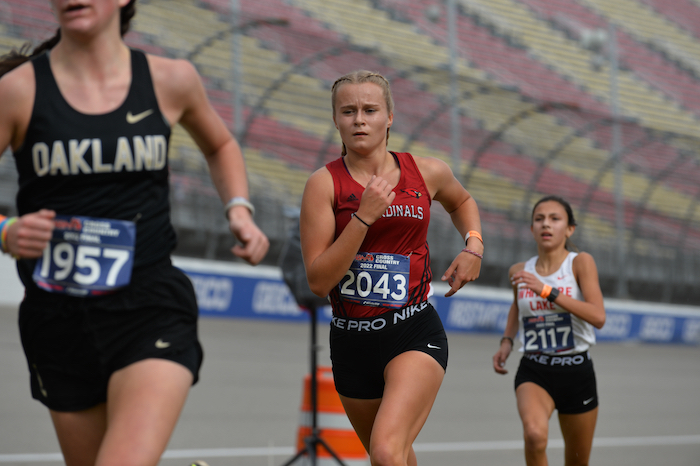 Getting her training plan and nutrition dialed in helped Harrand achieve her goal. So did showing up at MIS as the member of a qualifying team after racing her first two years as an individual qualifier.

“Mentally, it feels a lot better having a team, because you’re not only running for yourself, but you’re running for the people with you,” she said. “It just feels better.”

Harrand won 11 of her 12 races this year, finishing second at the Sparta Invitational to Kent City sophomore Lila Volkers, who was fifth in the Division 3 race.

Harrand won her Regional meet with a season-best time of 18:11, but MIS wasn’t going to yield personal records Saturday.

“I wish it went a little faster, but because of the wind and the weather, it was kind of hard to push through it,” she said. “It’s always crazy here.”