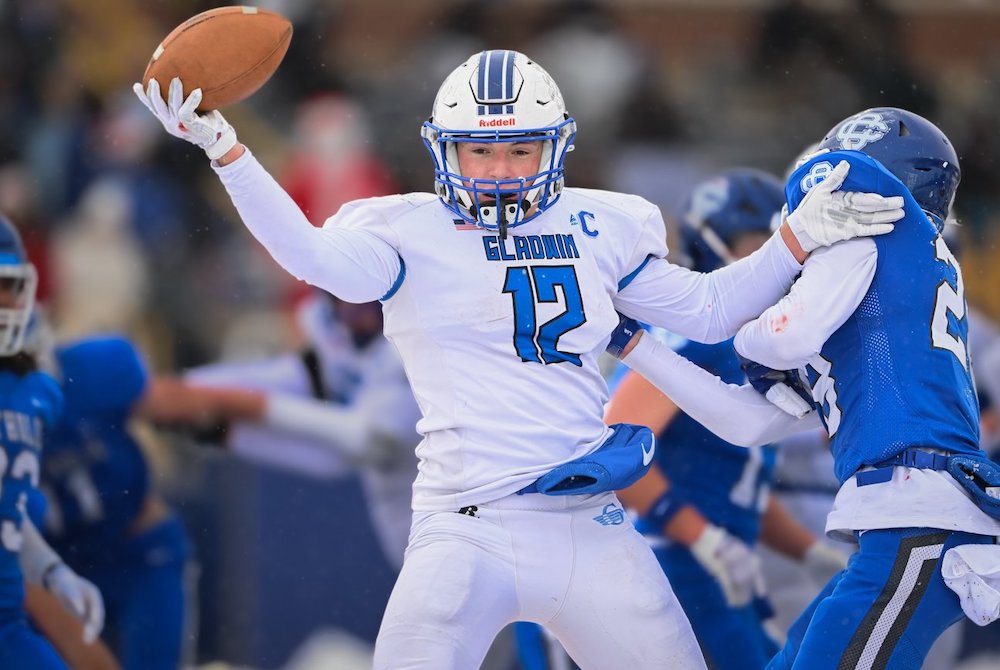 Nick Wheeler had a feeling growing up that he and his Gladwin classmates could have some success when it was their time to lead the Flying Gs varsity football program.

He just had no idea how much.

“I never saw the state championship,” the Gladwin senior quarterback and safety said. “I saw us winning the Jack Pine Conference, which was something that hadn’t been done in a while.”

Wheeler and his teammates have blown past those expectations and are now one win away from what once felt impossible.

Led by a strong senior class, Gladwin will play in an MHSAA Football Final for the first time Saturday. In Division 5, the Flying Gs will take on Frankenmuth, which is also seeking its first football title.

“This has been our dream since we’ve been in high school,” senior linebacker and running back Logan Kokotovich said. “We went down (to Ford Field) to watch games my freshman year, and it was amazing. Back before high school, we were blowing teams out of the water. Everyone thought we could be good, but we knew we had to really work hard to get there.”

Gladwin football was in a much different place when Wheeler, Kokotovich and their classmates entered high school. The program had won just six games total over the previous three seasons, and hadn’t been to the postseason since 2014.

“I remember going to games when I was young and we would always lose,” Kokotovich said. “I would tell my dad, ‘That’s not a surprise.’” 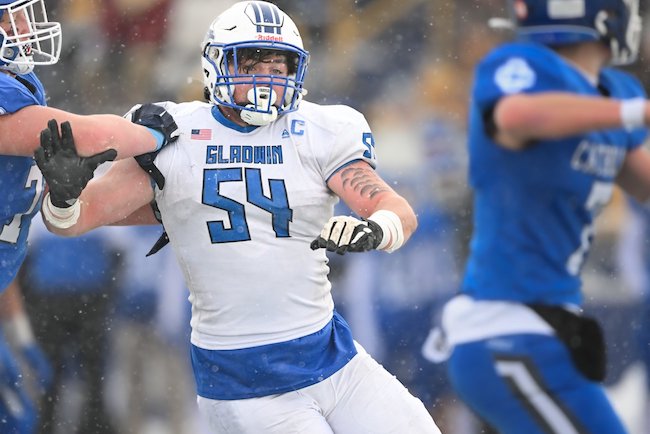 As the Class of 2023 entered the high school, the Flying Gs were getting new leadership. Marc Jarstfer took over as head coach in 2019 after being an assistant at his alma mater – and Gladwin’s arch rival – Clare.

“I had no idea of what was coming up,” Jarstfer said. “I didn’t really pay attention to the youth programs (at Gladwin) or that sort of thing. I was familiar with the current situation. I think in that first year our staff was here, we saw that group had pretty significant potential. They went undefeated on JV with two freshmen playing on varsity. We figured if they continue to work hard and do the right things, they could be very good.”

It was during that 2020 season that the turnaround started to feel more like reality. Gladwin went 4-4, but its three regular-season losses were by a combined 24 points. It also had a win against Division 2 Dexter, which featured multiple college prospects.

“That’s when I started noticing it,” Wheeler said. “We were in close games with teams that we were never close with before, like Clare and Beaverton. And we were just young sophomores.”

The following year was a true breakthrough, as Gladwin went 9-0, claiming its first Jack Pine title in 20 years and winning it outright for the first time ever. Gladwin got there by defeating Clare for the first time in 40 years. 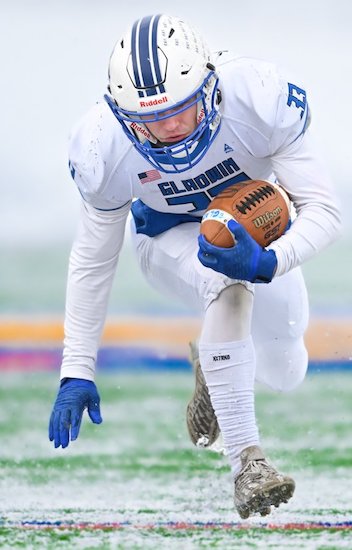 Then, in the first round of the playoffs, the Flying Gs’ season came to an abrupt halt, with a loss to that same Clare team.

It was humbling, but also motivating.

“We just thought we were the best,” Wheeler said. “That really put us down and made us work even harder for next season to achieve our goal. The coaches, they put pictures right in front of our squat rack of Clare beating us. So that’s looking at us every time we lift.”

The motivation clearly worked, as Gladwin repeated its 9-0 regular season, winning a second-straight Jack Pine title. This time, however, the Flying Gs were even more dominant. They outscored their regular-season opponents by a combined 444-48, with 27 of those points allowed coming in their 33-27 win at Pontiac Notre Dame Prep.

But nothing Gladwin accomplished could compare to its 28-21 Semifinal win against Grand Rapids Catholic Central. The Cougars had won Finals titles in four of the past five seasons, including the past two Division 5 titles. It was the first postseason loss for Catholic Central since 2018.

“Everybody doubted us going into that game,” Wheeler said. “Grand Rapids Catholic Central, everybody thinks they’re just the best, but we just took it as they were another team. We didn’t think of them any differently. Everybody (on the team) believed. It was probably the best feeling of my life.”

The Flying Gs are now one win away from an even better feeling. But no matter what happens at Ford Field on Saturday, they’ve already established themselves as the group that turned the program around.

That’s a feeling that’s made even more special by the fact they’ve been able to do it with their lifelong friends.

“It is definitely going to be something I remember for the rest of my life,” Kokotovich said. “This group of guys is everything. We’ve pushed each other so much, and it’s all just falling together. This is awesome.”

PHOTOS (Top) Gladwin's Logan Kokotovich (12) holds onto the ball during Saturday's Semifinal win over Grand Rapids Catholic Central. (Middle) Senior Lincoln McKinnon works to shed a blocker and get to the GRCC quarterback. (Below) Earl Esiline keeps his feet on the icy turf. (Photos by Mike Kolleth.)