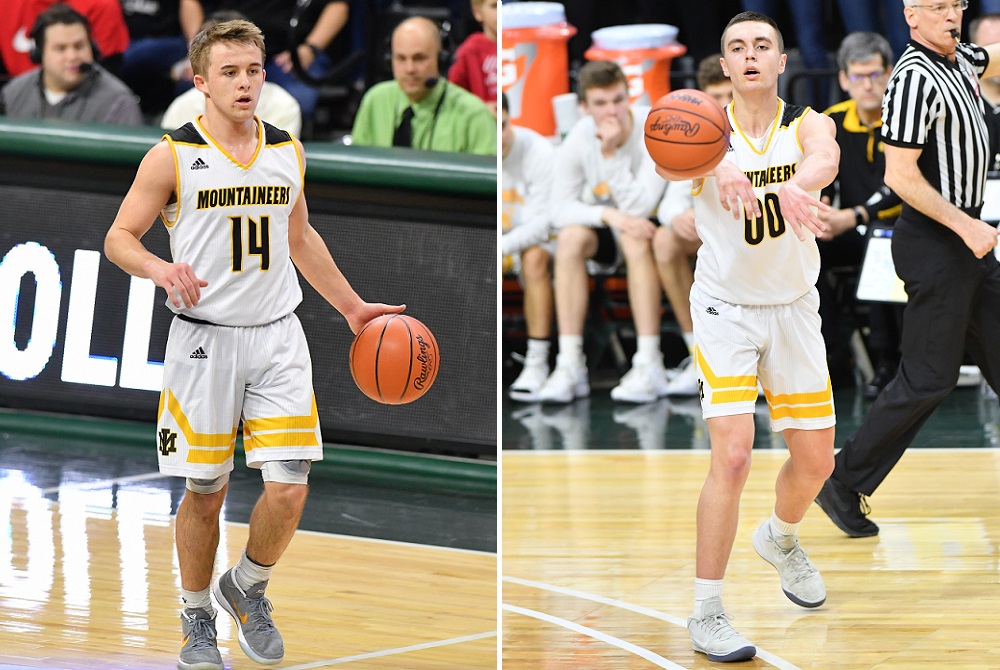 Johnson and Wonders led the Mountaineers to the Division 3 Final in 2019, and Wonders brought them back this past season. Iron Mountain also was 21-1 when the 2019-20 season ended early because of COVID-19.

Wonders, who graduated this spring, closed his career with 2,286 points, 13th most in MHSAA history. He twice made the record book for points scored in one quarter and against Ironwood on Feb. 18 also tied the state record with seven 3-pointers in the first quarter. He averaged 26 ppg over 88 games and four seasons and is continuing his career at Southern Illinois.

Joe Liedel’s senior season was cut short by COVID-19 in 2020 before he could make a run at the MHSAA’s career 3-point record. But the Erie Mason standout still be recalled among the state’s top shooters – short and long-range – of all-time. Liedel’s 2,202 career points sit 16th on that list, while his 334 3-pointers are second for a career and just six shy of the record. He’s also on the career free throws list with 342 (85 percent success), and he connected on 88 percent of his attempts from the line as a senior. Liedel also made the career steals list with 243. He’s continuing at Detroit Mercy.

Adrian Lenawee Christian drilled 17 3-pointers in a 75-28 win over Battle Creek Academy on Feb. 13 of this past season. Gavin Sluss let the effort with seven.

It took 46 years to make it in to the record book, but Detroit Denby’s Vincent Rush has been credited for 21 assists against Detroit Osborn on Jan. 24, 1975. His total at the time would have been the record and stood for two seasons.

Senior Carter Foerster helped Lake Fenton to a District Semifinal win over Chesaning on March 25 with 34 points total – including 22 during the third quarter to make the single-quarter scoring list. He will play college football at Lawrence Tech.

Sarah Marvin made her most powerful impact on high school sports as a Finals record setter in both shot put and discus again this past spring. But her four-season basketball career was similarly memorable as she finished with six MHSAA record book listings. Most recently added were career entries for 400 made free throws, 462 assists and 1,017 rebounds, all over 84 games. Marvin will continue her track & field throwing career at Michigan.

Ted Campbell and Drew Zyskowski were among those who played major roles as East Grand Rapids finished this spring as Division 2 champion. Zyskowski, a sophomore, was added to the record book with 44 assists and 85 points, while Campbell made the single-season goals list with 65 during his senior campaign.

A junior hitter and sophomore setter led Cadillac to a successful 2019, as the team finished 41-10-2. Macy Brown made the records with 831 kills over 132 games, while setter Renee Brines made the single-season assists list with 1,344. Brown is a freshman at University of New Haven (Conn.), and Brines will sign with Northwood.

Chayse LaJoie wrestled in four Division 2 individual championship matches over four seasons for Gaylord and won two Finals titles, and he was added to the record book for his 197 wins (with only four losses) before graduating in 2000. He had 18 technical falls as a senior and concluded his career with 60, both also making the records.

PHOTOS: Marcus Johnson, left, and Foster Wonders were standouts on Iron Mountain’s 2019 team and throughout their varsity careers.