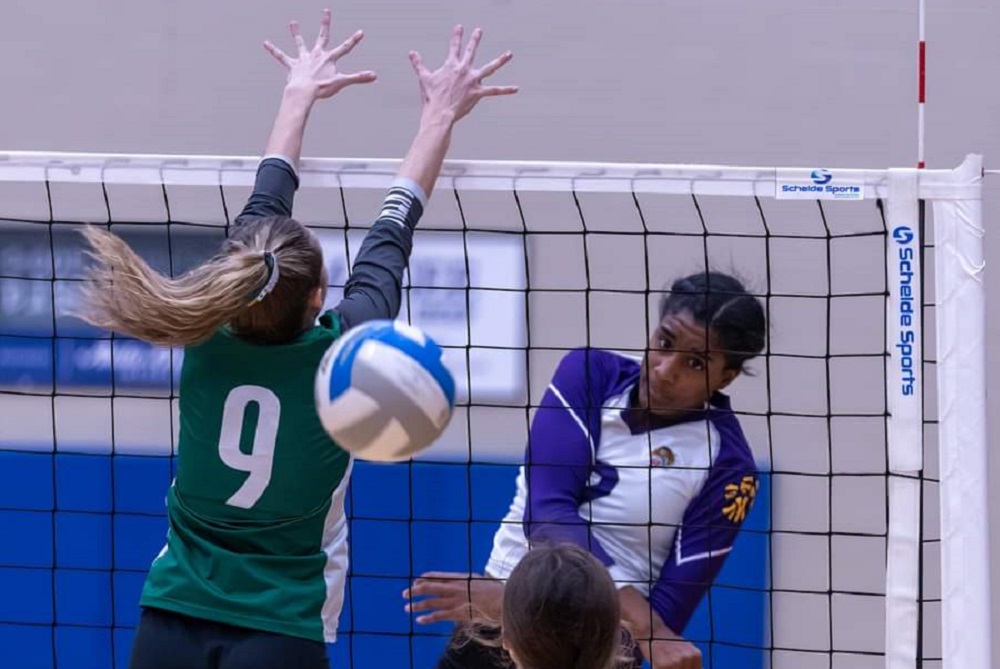 The 6-foot-2 outside hitter has put up headline-grabbing kill totals all season – but saved her best for her team’s biggest playoff matches. Gauthier posted what was a season-high 40 kills in a three-set Regional Semifinal win over Kent City to start last week, and she bested that with 47 more kills in Thursday’s four-set Regional Final win over Grand Rapids NorthPointe Christian. The 47 kills are tied for fourth-most in a match statewide since the beginning of rally scoring in 2004-05.

Gauthier – who made the Division 3 all-state first team last year as a freshman – already is eligible for the MHSAA record book 11 times for single-match kills over her first two seasons. Additionally, her 930 kills this fall are tied for sixth on the single-season list and her 1,524 over two seasons make the career kills list, while her 132 aces this season qualify for the record book as well. Shelby was ranked No. 9 in the final regular-season Michigan Interscholastic Volleyball Coaches Association poll and brought a 35-8-3 record into Tuesday’s Quarterfinals.