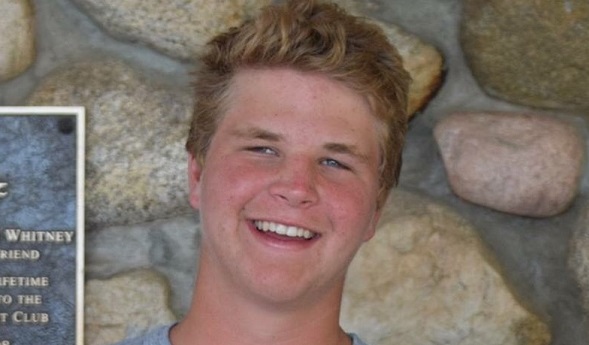 Gray Raymond would like to believe every high school golfer would’ve made the same call as he did on the final hole of his Regional this spring. And he hopes those who wouldn’t might hear about his story and reconsider next time they have the opportunity.

Three weeks after calling out an otherwise-unseen stroke on himself – which eventually may have kept him from an opportunity to advance to the MHSAA Finals – the Maple City Glen Lake now-junior can’t imagine making any other decision.

His story received some publicity close to home, but in case you hadn’t heard: Raymond finished his sophomore season by shooting a team-best 85 to lead Glen Lake to a fifth-place Division 4 Regional finish May 29 at Treetops’ Tradition in Gaylord. On the final hole, after his playing partners had finished up, Raymond approached his ball for a 5-inch tap in – and accidentally nudged the ball, by rule a stroke.

No one else saw it. No one else would’ve ever found out. But Raymond would’ve known – and he immediately called out the unintended hit so it could be recorded on his card.

Strokes are lost and gained throughout a golf round, so it shouldn’t be said that one made the difference. But when results for the day were posted, Raymond found out he potentially missed qualifying for the Finals by one shot. Taking a shot off his score would've put him in a tie for the third and final individual qualifier spot and set up a playoff with Mackinaw City's Kal O'Brien. Instead, O'Brien claimed that last Finals berth unopposed.

“I wouldn’t have done it any other way. That’s not the way I was taught, and definitely not the way I was raised,” Raymond said Wednesday as he loaded up a bucket of balls at the driving range. “I’d rather lose than be a cheater.

“At the time, I was just upset that I lost, pretty much. I didn’t think anyone really would care how it happened. I didn’t think anything of it until I got to school on Monday and my teachers were congratulating me and stuff like that.”

Raymond’s sportsmanship made a longer-lasting impression than probably most of the rounds played across the Lower Peninsula at Finals the following weekend. The story was picked up by the local Leelanau Enterprise for a story June 5, and last week Raymond was honored by Glen Lake’s board of education with the “Anchor Up!” Award,” which he said is given to adults for their contributions to the school district. He thinks he was the first student to receive it. 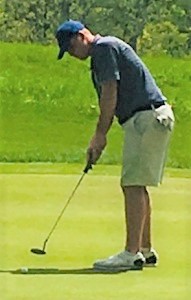 Raymond also was the subject of a now well-traveled email to members of the Northwest Conference from Suttons Bay’s four-time Division 4 champion coach Todd Hursey, who wrote in part, “My heart goes out to him, but my heart is also warmed by his integrity. These moments should be celebrated as much as the golfing accomplishments.”

Raymond learned the game in large part from his father Ron, who played in high school and college and who “made it clear at a young age, no matter what happens out there, rules come first. I definitely learned from classroom to green to tee,” Gray Raymond said.

The golf community can become close-knit, especially among the top players at the high school age levels, and Raymond said he’s received texts from quite a few competitors from other schools telling him “that was a really bold move” and offering plenty of support – including reminding him of the big picture, and how missing these Finals will end up just a detail in what should be two more great years of high school golf.

And Wednesday included, Raymond already is getting ready. He’s definitely going to adjust his approach next time. At this Regional, he was playing with that day’s eventual winner Will Newbold, and knowing he was a number of strokes back of the Frankfort ace figured he didn’t have a chance to qualify and let that sink his mental game – when in reality he was right in the running. Raymond would’ve played at least one hole a little differently to give himself a better shot.

And absolutely, it will be that much more rewarding when Raymond, perhaps inevitably, does qualify for the Finals over the next two seasons.

“I wouldn’t have been able to call myself a golfer, honestly, if I’d walked out to that first tee box at states, Raymond said. “People are saying not many high school kids would do that, to immediately just call (a stroke) on yourself. But it never crossed my mind not to.

“I would like to say they would (call it), but honestly I don’t know. I would hope so. I hope everyone has the mindset of well, I messed up. There’s always a consequence of something, positive or negative, and if I walked away there’s no consequence – so what’s the lesson learned there?”

One of the Michigan High School Athletic Association’s most popular programs, the Scholar-Athlete Award, will again with Farm Bureau Insurance present 32 $2,000 scholarships to top student-athletes at member high schools during the 2022-23 school year.

The MHSAA/Farm Bureau Insurance Scholar-Athlete Award highlights the value extracurricular activities play in the total education of high school students, often improving their academic achievements in the process. The Scholar-Athlete Award is in its 34th year. Since the award’s inception in 1988-89, Farm Bureau Insurance has presented $960,000 in scholarships through this program.

Applicants will be required to show involvement in other school and community activities and submit an essay on the importance of sportsmanship in educational athletics.

Information – including answers to a number of frequently asked questions – and links to the application are available online on the Scholar-Athlete Award page. Applications are available in digital format only and must be submitted online by 4 p.m. Dec. 2.

A committee composed of school administrators from across the state will select finalists and winners in late January, with the winners to be announced throughout February. All applicants, finalists and scholarship recipients will be announced on the MHSAA Website. The 32 scholarship recipients will be recognized during the 2023 MHSAA Boys Basketball Finals at the Breslin Student Events Center in East Lansing.

Farm Bureau Insurance of Michigan was founded in 1949 by Michigan farmers who wanted an insurance company that worked as hard as they did. Those values still guide the company today and are a big reason why it is known as Michigan’s Insurance Company, dedicated to protecting the farms, families, and businesses of this great state. Farm Bureau Insurance agents across Michigan provide a full range of insurance services—life, home, auto, farm, business, retirement, Lake Estate®, and more— protecting more than 660,000 Michigan residents.