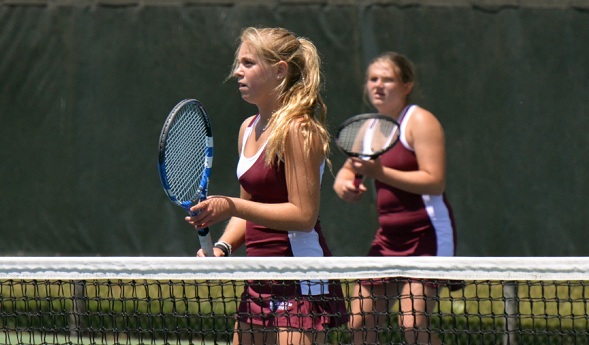 Birmingham Seaholm’s MHSAA Division 2 championship Saturday was the “terminus in the odyssey of our souls,” as coach Scott Ransome described it at the team’s banquet earlier this week.

Seaholm placed seven flights into semifinals, and despite only one individual champion scored 27 points – two more than runner-up Grand Rapids Forest Hills Northern, which had won or shared the last six Division 2 titles. Seaholm finished second to FHN in 2011.

“I don't think, player for player, we were as strong as we were three years ago (when the Maples finished fourth). I thought three years ago we had the make-up, the players with the skill set (to win)," Ransome said. "But these players, whatever they lacked in skill set, they certainly made up for in desire. They were hungry.” 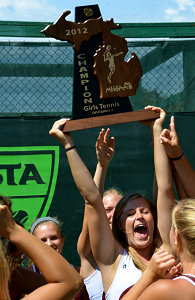 The Maples receive this week’s Second Half team High 5 for how they won almost as much as winning itself. Sophomore Jackie Meier and freshman Rachel Wilson teamed to win the No. 3 doubles championship – playing to their top seed in that flight. But six other flights also played at or above their seeds.

It was a gratifying end to a two-month stretch that saw the Maples start with high expectations after finishing seven points behind FHN at the 2011 Final. They dominated in early competition, but then were dealt a sad blow when junior Nancy Benda – a second seed at No. 1 singles last season – was lost for seven weeks with a stress fracture.

Ransome and assistant coach Paul Young took an approach of emphasizing interchangeable parts – “We said, ‘Let's not fixate on Nancy. She’s an integral part of the program, but she in herself is not the entire program,’” Ransome told his team – and after playing a few matches defaulting at No. 1 singles, moved everyone up a flight and finished 13-1 without her in the lineup.

Meanwhile, Ransome and Young prepared their healthy players to be strong at the end. The Maples regularly do ladder drills and other agility work for 45 minutes at the start of practice before taking their first hits of the day. And the team’s No. 5 and 6 doubles teams continued to push those ahead of them to help them get stronger.

“It was almost like when Nancy returned, those girls were able to catch a breathe,” Ransome said. “They were able to get some rejuvenation in going back to their rightful positions.”

Seaholm tied with eventual MHSAA Division 1 runner-up Clarkston for the Oakland Activities Association Red championship, then finished runner-up to Bloomfield Hills Marian at the Regional. But with the benefits of season-long preparation for a final run, plus improved skills Ransome and Young saw across the lineup, the Maples had one more effort left – a championship effort, it turned out.

Sophomore Labina Petrovska advanced to the final match at No. 2 singles, as did sophomore Lauren Frazier at No. 3 and freshman Claire Markley at No. 4. Petrovska and Markley were second seeds, and Frazier was a third.

Senior Katie Root and junior Lauren Benderoff made the semifinals at No. 4 doubles as a fifth seed. And Benda won a match at No. 1 singles despite coming in unseeded.

“It was gratifying more than anything else. That’s the only way I can describe it,” Ransome said. “For what we had, for us to have enough balance in the lineup. And it really did take some help (from opponents winning other matches). We played to our seeds, and that’s what this was really all about.” 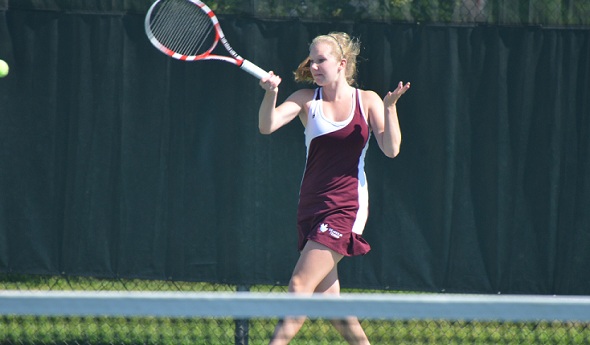