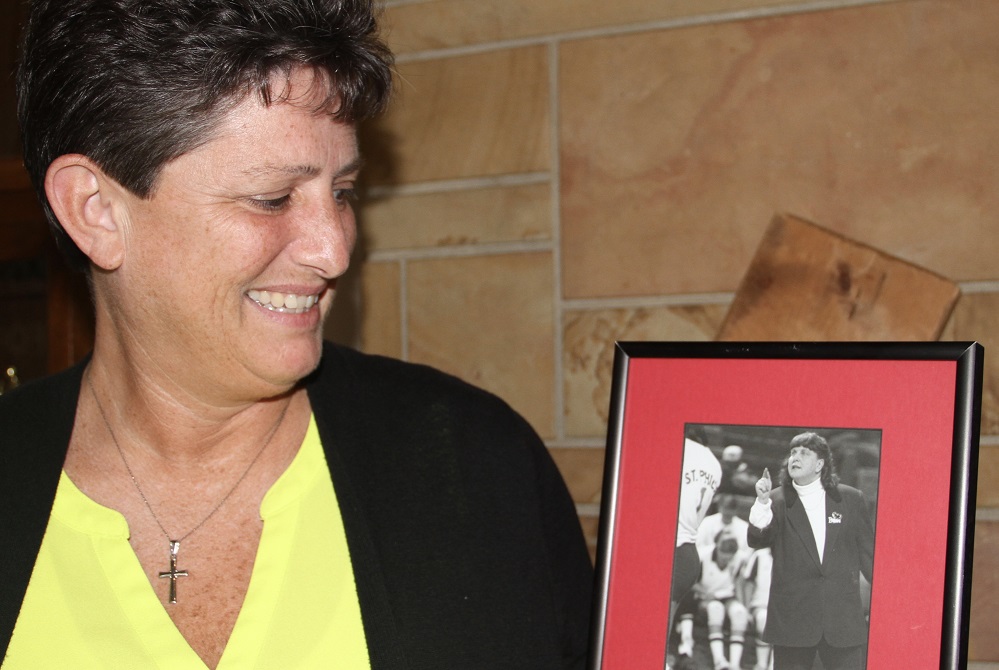 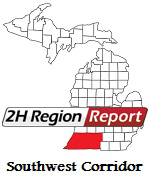 But those stats are a bit off. They do not include the three Class D titles she won as a player at St. Phil, giving her 14 overall.

“Mom” is Sheila Guerra, who led the Tigers to nine Finals championships while guiding the program from 1982-1997. Together, the mother-daughter duo has accounted for 20 of the school’s MHSAA-record 21 state volleyball titles. (The first was under coach Becky Emrich in 1979.) Those 21 championships, in fact, are more than twice as many as any other volleyball program in the state, and the Tigers’ 30 MHSAA Finals appearances are 17 more than the next best achiever.

That incredible success was recognized in July when Groat was named the National High School Athletic Coaches Association’s Volleyball Coach of the Year.

Guerra died in May 2006. But Mom was very much on Groat’s mind as she received her award. While accolades, awards and championships continue to pile up, Groat said her mother is the foundation for it all.

“Mom always encouraged me, and there are still things I do today that she did,” Groat said. “It may be old school, but it still works.”

And the Tigers will have another strong chance this fall to show how.

Groat did not tell her players that she was a finalist for the award but they found out anyway, said senior standout Brooke Dzwik, an all-state first-team outside hitter last season.

“(The players) went on this camping trip up to Leland and stayed in Coach (Laurie) Glass’ backyard,” Dzwik said. “We were also with Notre Dame Prep and Bronson. Four winning coaches.” 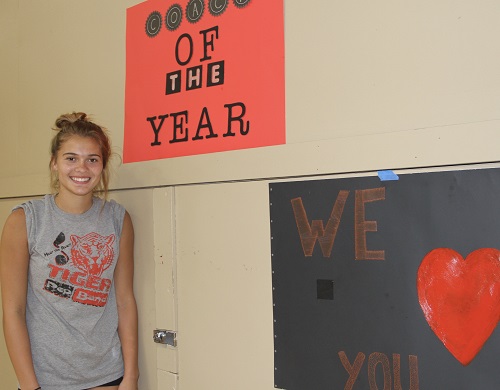 “(The other coaches) were teasing (Groat) about having a speech prepared and she was like ‘No way,’” Dzwik said.

Groat texted her players a picture of herself with the trophy, and during the first day of tryouts in August, the girls welcomed the coach with a few signs, a balloon, a card and Mountain Dew, “her favorite,” Dzwik said.

“We were just overjoyed because no one deserves it more than her.

“She walked in (to the gym) and I think she was pretty happy, but she doesn’t like the attention on her so she will never admit it.”

After her mom retired after the 1996-97 season, Groat took over, stepped away for 1999-2000 but then returned to direct the Tigers again for the last two decades.

No one, including Groat, expected her team to win the Division 4 title after starting last season with a 23-13 record, just nine athletes on the team and no junior varsity to draw from in case of injury.

“I begged (current senior) Alex Kersten to come out — she’s a cross country runner — and she did,” Groat said.

After a two-month delay because of the pandemic a year ago, practice was held outside at Battle Creek’s Bailey Park.

“We started off in the sand, and we were grateful that we were even allowed to get together and see everyone’s faces for the first time,” Dzwik said.

“It was awful at first, but (playing in sand) definitely made our legs stronger by the end of the season, and we were thankful for it.”

This year, expectations are much higher.

“I feel more pressure now,” Dzwik said. “We didn’t have an amazing record last year and then pulled out a win.

“This year, we do have a (championship) win, so we placed a target on our backs.”

This season already includes a “first” for St. Phil.

“For the first time in St. Phil history, we have an eighth grader, Charli Greger (on varsity),” Groat said. “We were under 100 students last year, so we could have eighth graders play this year.

“Right now, we’re at 100 (students) so next year we won’t be able to have eighth graders.”

Other players are juniors Maddie Hoelscher and Kate Doyle and sophomores Rylee Altman and Makenzee Grimm.

Groat also has a junior varsity team for the first time in two years – a really good thing, she said.

“Take out the five seniors next year and I’m left with four players if I don’t have a JV team,” she said. “We brought eighth graders up to the JV team with four freshmen.

“Never thought we’d have to do that, but we want a program. I couldn’t imagine not having a St. Phil volleyball team. That would be a sad day.”

While a student at St. Phil, Groat was coached by her mother in volleyball and track. In addition, Groat’s father Lou coached basketball at the school.

Her parents as her coaches was not always an easy combination for a young teen.

“It’s always the coach’s kid who gets the brunt of it.” Groat said. “I still remember one of my friends and I were fighting during volleyball and my mom was blaming me. I was like, what about her?

“In track if she had no one to run something, ‘Vicky, you’re going to do it.’ But it was fun.” 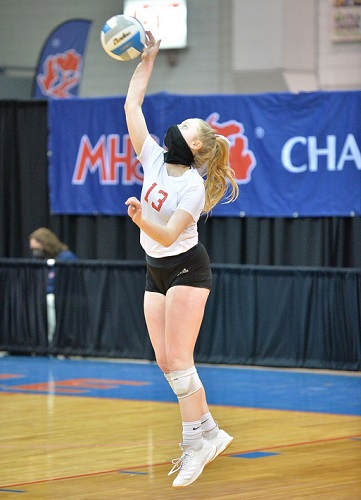 Groat, who is also principal and athletic director at the school, credits her parents for not only her coaching success, but her life skills.

“I learned from the best.” she said. “I try to carry both their philosophies in the way they treated people.

“My mom was tough on kids, but if anybody needed anything, she was the first one there. She pushed hard and had high expectations, but she really was a softie inside. People still don’t believe me on that.”

Groat relies on one other person who is like family: assistant coach Angela Williams Frost.

“We call her Willi,” Groat said. “She’s been a great assistant for 18 years. She was a head coach at Springport and could be a head coach anywhere in the state.

“She’s very talented and smart. It makes my job easier knowing that Willi is there. I’ll be in practice and someone will come to the door for me and Willi is there to take over.”

July’s recognition was a total surprise, Groat said, deflecting any accolades. But it also can be regarded as deserved praise for her work teaching an abundance of lessons she learned herself as part of the volleyball program and the Guerra coaching tree.

“It’s just so much about my kids, the kids who have been here and who have played in our system,” she said. “It’s not a big school; we have our traditions, and they buy into it. It’s been great.

“Hopefully over the years we, as coaches, have taught them the important things in life, the life lessons that they will carry on. Sports are an important part of it, but there are other things involved.”

PHOTOS: (Top) Battle Creek St. Philip coach Vicky Groat holds up a picture of her mother, Sheila Guerra, with whom she’s combined to lead the Tigers to 20 of their 21 MHSAA Finals volleyball championships. (Middle) Senior Brooke Dzwik shows some of the signs she and teammates made to celebrate Groat’s national Coach of the Year recognition. (Below) Then-junior Bailey Fancher serves during last season’s Division 4 title match. (Top and middle photos by Pam Shebest.)