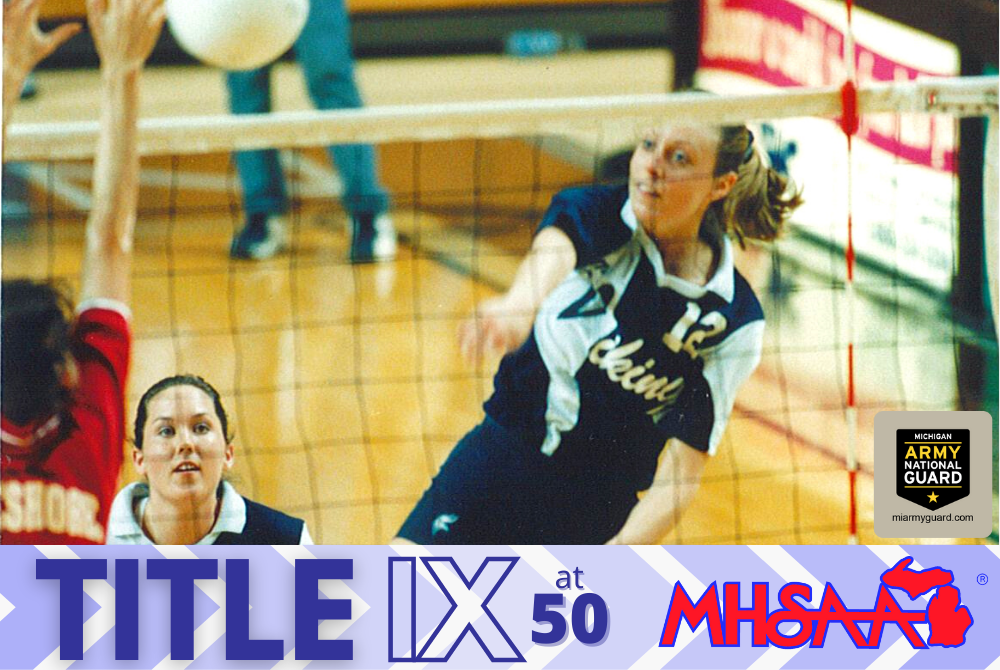 This weekend wrapped up a season that saw two of the most dominating team performances in nearly a half-century of MHSAA volleyball – Bloomfield Hills Marian and Pontiac Notre Dame were Finals champions, both finishing their seasons with only one loss. Over the previous decade, only one team did one better – the 2015 Ann Arbor Father Gabriel Richard team finished a perfect 41-0.

All of that provides just a little more context to an accomplishment that really doesn’t need too much – the 192-match win streak built by Marysville from Dec. 10, 1996 through Jan. 15, 2000.

After losing in a Lower Peninsula Class B Semifinal that previous March – when volleyball was still a winter sport – Marysville opened the 1996-97 season with a victory and didn’t lose or draw again until falling to Flint Carman-Ainsworth during the Birch Run Invitational on Jan. 15, 2000.

The sport has changed plenty in Michigan over the last 20 years, from when it’s played to how it’s played. But the streak is incredible in any era – the next longest in volleyball is 98 straight wins by Flint Kearsley during the 1984-85 seasons. Only Grand Rapids Forest Hills Northern – with 92 straight wins from Feb. 24, 2002 through March 15, 2003 – has broken 90 since Marysville’s incredible run.

This also was only party of Marysville's marvelous story at the turn of the century. The front of this run made up part of a streak of eight straight Finals championships from 1997-2004, a record as well until Battle Creek St. Philip won nine straight from Winter 2007-2014.