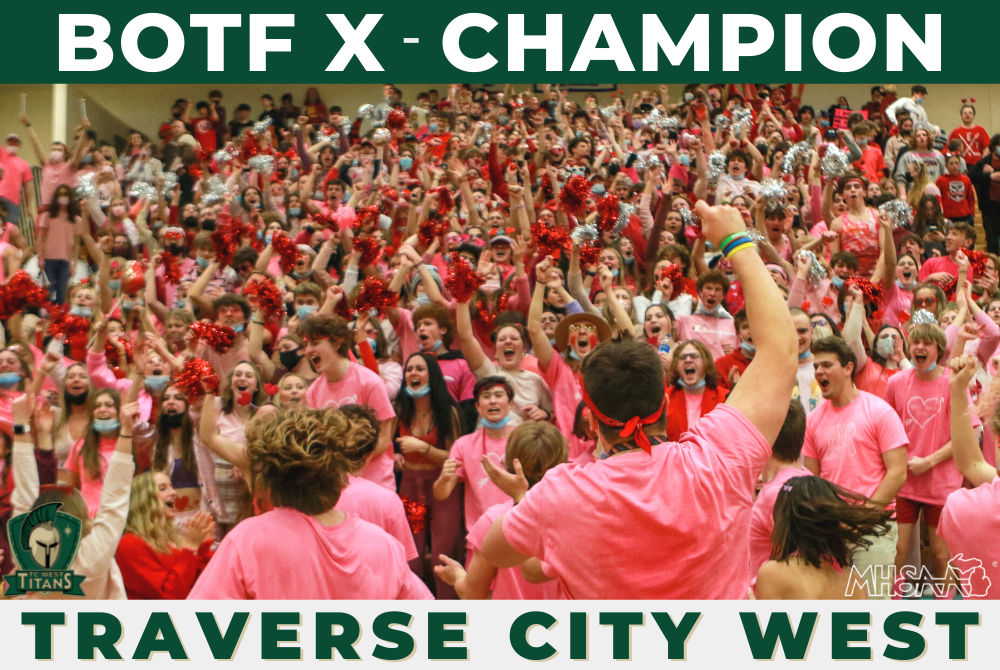 Few have studied up for the MHSAA’s Battle of the Fans as much as Traverse City West senior Patrick Guiney did before the start of this year’s BOTF X competition.

He watched all of the finalists’ videos from the first nine years, and many of the semifinalists’ as well, diving in to uncover the best strategies to help he and his classmates deliver the Bleacher Creatures their second BOTF championship.

Of course, he watched all of Traverse City West’s past videos too, trying to see if those past sections had done something well that the current Creatures should incorporate this year, and to figure out where those past sections may have fallen short.

But watching all of those schools, his and others, also left a pretty significant impression about what BOTF, and more generally student sections, should be about.

“I think it’s really about bringing people together, leaving whatever is going on just letting go of it for a while and enjoying a big game with your friends,” Guiney said. “Maybe meeting some new people, and knowing that no matter what you’ll be welcomed with open arms. It’s just a really positive environment that I feel everybody should be part of because (student sections) are just so much fun.”

The Bleacher Creatures have had a ton of fun this school year. And they’ve earned statewide fame to add to their memories of the experience.

Traverse City West will accept its Battle of the Fans X championship banner during halftime of the first Division 2 Boys Basketball Semifinal on March 25 at Michigan State University’s Breslin Center. Finalists Buchanan and Midland Dow also have been invited to Breslin to be honored for this season’s achievement. 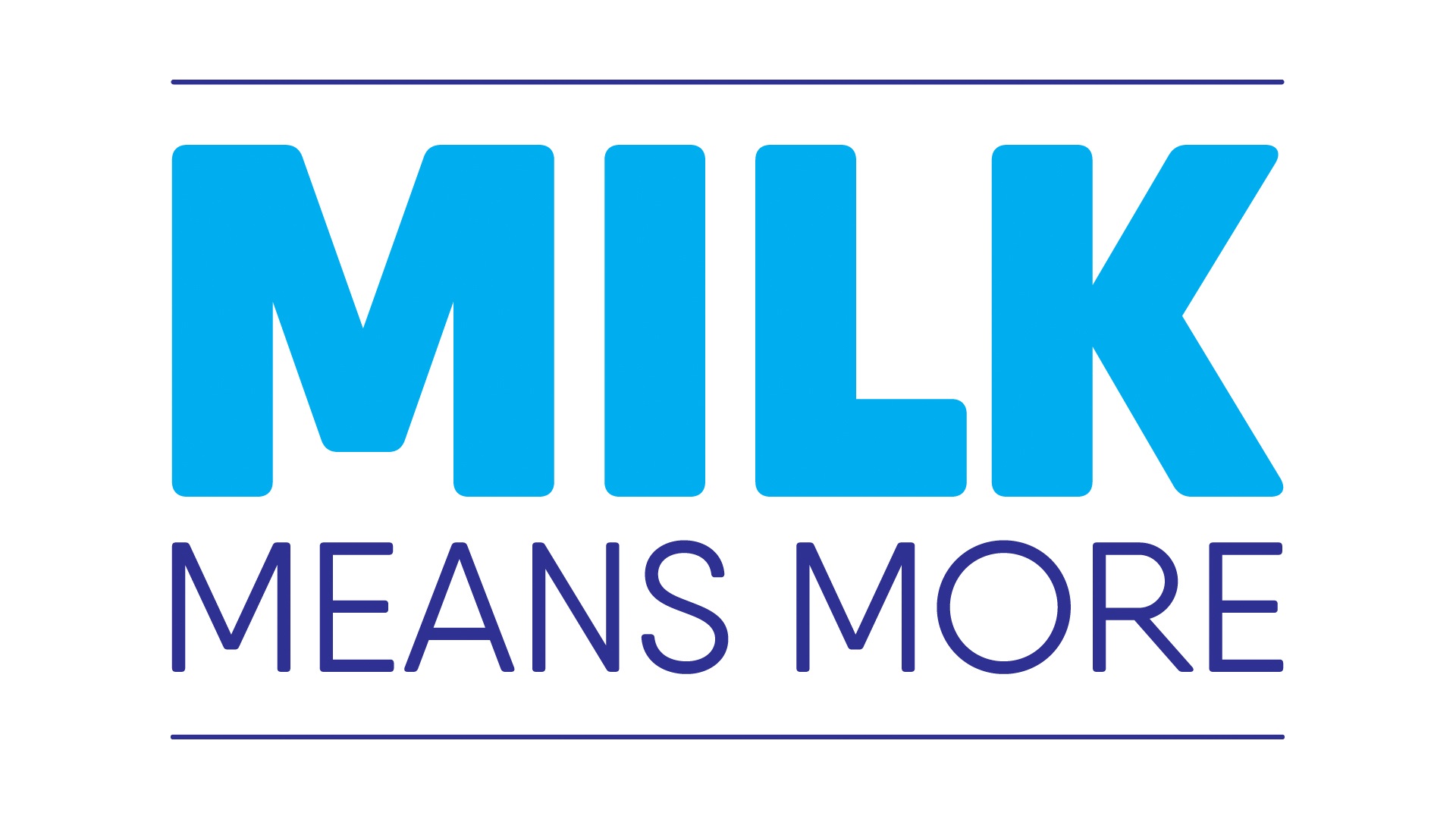 Traverse City West was chosen based on a vote by the MHSAA’s 16-member Student Advisory Council influenced by public vote on the MHSAA’s Facebook, Twitter, Instagram and TikTok sites. A total of 8,964 social media votes was received. The addition of TikTok this year added to the engagement substantially, as TikToks using the hashtag #MHSAABOTF2022 were viewed more than 700,000 times.

In addition to their other championship year, the Bleacher Creatures also were finalists in 2014 and 2017. Buchanan was a finalist for the seventh time this winter and has won championships in 2013, 2018 and 2020. Midland Dow entered the competition this year for the first time.

Below are our final takeaways from this year’s finalist visits:

What we saw: At a game otherwise moderately attended by adults and opposing students, The Herd was out in force – as usual. After 10 years of Battle of the Fans, Buchanan students have reached a point in history where cheering on their teams and showing tons of spirit is all they’ve known – and especially as high school leaders have traveled to the middle and elementary schools every year to cultivate that culture. Herd leaders make games into gatherings, and this was just another during a year full of them as COVID-19 has eased. We watched this year’s Herd cheer the boys basketball team to a big win, but also sing and dance and just enjoy being back with each other in the stands, with plenty of representation from throughout the school as nearly half the student body showed.

Why we’re fans: A question we discuss after every BOTF visit is if we would’ve wanted to be part of the cheering section we just watched – and we’ve always left Buchanan with a resounding “Yes.” We’ve said this before, but every school would be served to replicate or at least borrow some of what Buchanan has created over the last decade. The relationships between high school leaders and the younger students who are following them, the ties between the athletes and their classmates cheering for them, and the connections between current Herd members and the people who came before them defines community.

What we saw: First-time BOTF applicant Dow will always have our respect for becoming the first to invite the MHSAA to an away game. The schedule caused them to bring us instead to Midland High, but the Chargers really impressed us with their organization, positivity and engagement throughout the game despite the rival Chemics’ win on the court. We dug the Doctors & Nurses theme and especially the fundraiser (again, at a road game) to buy snacks for local emergency room workers. Also notable – Dow has state-ranked girls basketball and hockey teams this winter, and the Chargers’ leadership includes members of both who put in additional time to make this section spark on top of commitments to those title-chasing sports teams.

Why we’re fans: The road game wasn’t the only challenge Dow accepted this school year. Of course, all of our finalists were left to restart their sections after COVID-19 spectator limits over the last 18 months, and Dow did so in a way others should copy – notably, stepping up their social media game and becoming a force not just at football and basketball but volleyball, soccer and hockey as well. Dow has had a section in years past but raised its game this fall and winter. We’re looking forward to seeing more – and next time at “Herb’s House” for a Dow home game.

What we saw: First off, possibly more fans than we’ve seen before, and stacked from the first row to the top of the high-rising bleachers. After past visits with the Bleacher Creatures, we were plenty familiar with the section’s organizational structure and leadership by its student senate, but we really admire how this year’s senators have embraced a fresh look to attract students from all grades and all activities to be part of the fun. Frankly, the Men’s Dance Team performance at halftime was pretty impressive – especially the aerials – and we can’t say enough about how much the drumline brings to the overall atmosphere of the game, especially working with the student section to rally the home team. Guiney regularly conducts interviews with fans in the stands and athletes from the various teams (and previously actors from the theater cast too) that are some parts serious but most parts silly, and getting all of those voices involved adds to the feeling of togetherness. 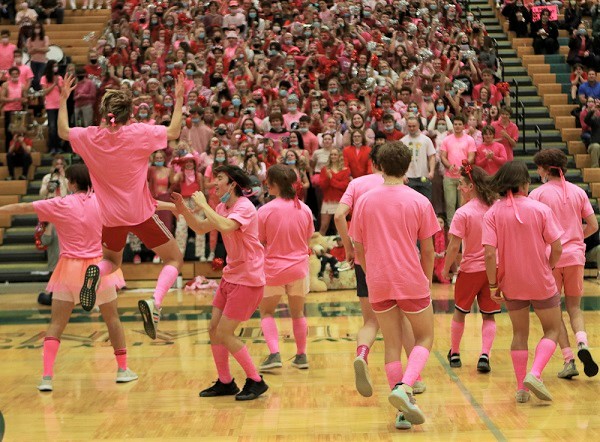 But what really stuck out about this year’s Bleacher Creatures is the lengths they undertake to make a 1,600-student school feel much smaller. Leaders told us stories about how in past years, the school’s senate and by extension the Bleacher Creatures were thought to be just for the “cool kids” or certain social groups, and busting that reputation was a goal as the section reunited in the fall.

What they’ve achieved that way is a much more meaningful legacy that will be passed on by this year’s seniors, along with a revived championship student section.

Guiney and his classmates may be living it right now, but the significance isn't lost on them.

"I remember talking with some of my close friends who also (are involved) with the student section, during the early stages of this," he recalled. "(Saying) if we can win this and make our impact, that will last for a long time, and that will definitely fuel students of the future.

"I know that inspiring those kids and showing them how awesome a student section can be will definitely have a positive impact on the future of TC West and ensure that kids will be able to go to student sections with the same energy and have the same amount of fun. Because everybody deserves to have that experience."

Check out below our stories and videos behind the finalists. (Photos by Alan Newton/Newton Photography; click for more from this BOTF visit.)

Read all about it: Buchanan's 'Herd' Begins New Era with Same Bucks Energy

Read all about it: Dow Aims to Give Teams Advantage with Charger Spirit

Read all about it: West's Creatures Filling Bleachers with Support for Titans Teams