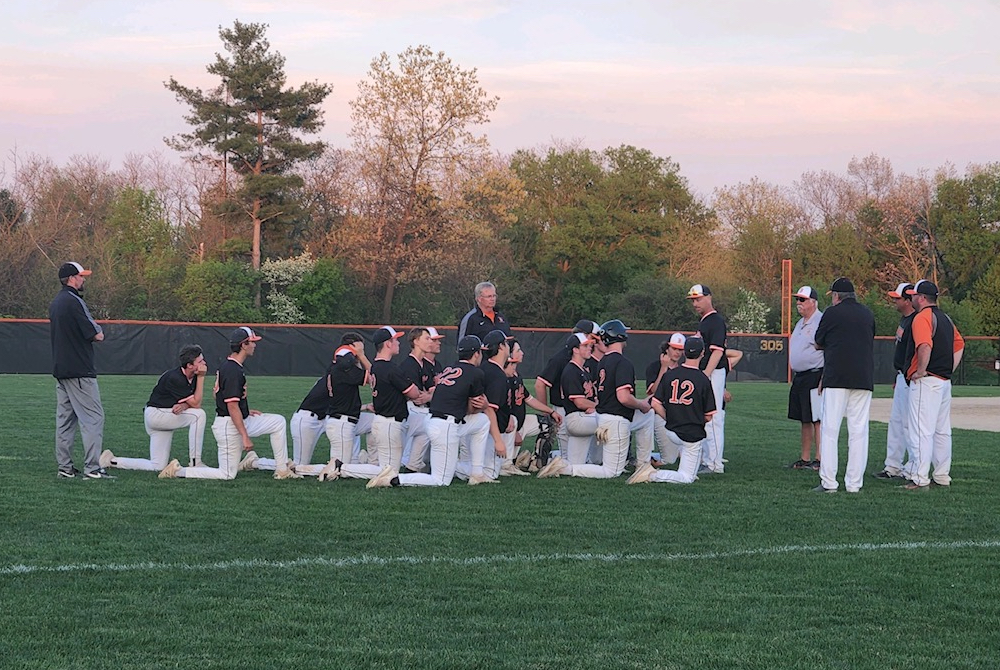 At first, Charlie Christner thought it was a case of heartburn.

It was Jan. 12. He had taught social studies at Scranton Middle School for five hours and now was beginning his prep hour by preparing for his other job as baseball coach at Brighton High School.

“I was actually … in my last hour (of) the day, and just started having heartburn,” he said.

So he made a quick trip to a nearby store to get an over-the-counter heartburn remedy.

“I wanted something to help me before I went to (offseason) hitting,” he recalled.

But the feeling didn’t go away, and about 4 p.m. Christner told his coaches he wasn’t feeling well and was going home.

He didn’t get there.

He called his wife, Jackie, who was at home working, and she rushed to the hospital.

Once he was admitted, Christner was diagnosed with pancreatitis.

Waiting out a serious situation

The pancreas is a gland located under the stomach which secretes hormones, including insulin, to aid in digestion.

In Charlie’s case, gallstones had blocked the ducts connecting his pancreas to his small intestine. This, in turn, was leading to part of the tissue in his pancreas beginning to die.

Over the next several weeks, the Christners made several trips to the hospital while he dealt with pain and a gradual buildup of fluid due to a cyst that had formed around the inflammation in his pancreas. The cyst made him feel full all of the time and made it difficult to eat or drink.

The pain medication affected him, too.

“It messed up his thought process a little,” Jackie said. “Some days he didn't know what day it was or, you know, he doesn't remember those days.”

Although the diagnosis was fairly swift — the Christners knew from the beginning what was wrong and what needed to be done — surgery was delayed for nearly two months to let the inflammation in his pancreas go down.

But it was still a serious situation.

“It’s a most sobering experience to have a surgeon come out and tell you your son is very sick and it’s a very serious situation and has a 70 percent chance of survival,” said Dan Christner, who coaches with his son after a long career as a basketball coach at Brighton. “I’ve seen enough missed free throws to know that if you make 70 percent of your free throws, that means 30 percent aren’t going in. It gives you pause, and (you) say let’s make sure we’re a part of that 70 percent.” 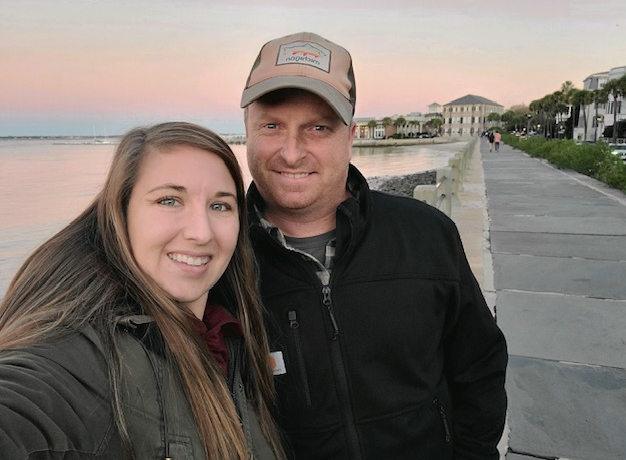 The delay was to help increase those odds.

“They didn't want to do surgery (right away) because of all the inflammation and everything that's going on inside your body,“ Charlie said. “If you have to do it soon, then you end up being in a position where the odds of surviving are less if we have to do emergency surgery. So they delayed it.”

Charlie and Jackie made several trips to and from the hospital during the six weeks after the initial diagnosis.

When he felt up to it, Charlie was working on lesson plans along with administrative tasks while his coaches ran offseason workouts.

“He really wanted to make sure things were coordinated,” Jackie said. “And you know, that's Charlie to a T. He wants to make sure that everything runs smoothly and in that, you know, he's informed of any decisions or changes or things that are happening with the team.”

“​​I think the big thing on our part was making sure that it was business as usual,” Evans said. “We weren’t going to let Charlie not being there through the winter be an excuse for why we performed or didn’t perform. He’s been a stable force and head of the program for a number of years now. We knew what we needed to do, and so it was about executing a plan that's pretty familiar to us.”

Christner went to a few offseason workouts, watching from a chair.

“(Jackie) would drive me up to hitting and I'd sit in there and watch the guys for as long as I could, 30 minutes or an hour, just to give me something to do," Charlie said. “Otherwise it was, you know, a lot of daytime TV and naps. I did do some stuff with baseball during that time, even if it was just to go watch hitting for an hour and talk to the coaches on how kids are doing. ... It gave me definitely something to do and something to look forward to.”

In the meantime, the Christners were flooded with cards, texts and phone calls of support, prompting Jackie to post regular updates on her Facebook page to lighten that load.

Their families were supportive, as was the community.

“Everybody was so gracious and heartwarming and opened their arms to us and said, ‘anything you need,’” Jackie said. “There's nothing that we really needed that the community could help us with too much because we were just stuck in a hospital, just kind of sitting there waiting for medicines, waiting for diagnosis, waiting for the doctor to progress the treatment, etc. And that was kind of what we needed.”

“​​I’m proud of the way that everybody came together and did what had to be done, and how excited people were to see him," Evans said. “That speaks to the time that Charlie’s put into this program over the last however many years as a coach, Any time you’re a coach, you look for those moments you can point to as having a positive impact on kids and the baseball community and all those things, and I would say the willingness of everyone to pitch in is a testament to how much he’s appreciated as part of the Brighton baseball community.”

On the way back

Surgery was March 3. Christner’s gallbladder was removed, along with the dead tissue on his pancreas. A pair of cysts were drained, and he went home a few days later.

Christner, always slender in physique, had lost 40 pounds – 10 of which liquid that had been building up in the cysts.

But, albeit from a chair, he was at tryouts March 15.

His voice was weak at first, but he made his presence known.

“When he was back at tryouts, those first couple times, he would cut loose and let out a yell,” Evans said. “And it was ‘OK, Charlie’s back, and he’s in it,’ and that made everyone feel good. Same old Charlie. He’s locked in. Same old competitor.”

A frustrated competitor, at one point, irritated because fungos weren’t being hit by his coaches in the manner he prefers. But he coached from third base, albeit from his normal spot a step or two from the dugout.

He progressed from liquids to solid food (his first solid food was pizza), and returned to the classroom April 12, three months to the day his medical odyssey began.

After an 8-8 start, the Bulldogs won District and Regional titles before falling in a Division 1 Quarterfinal.

The healing continues, but things are back on schedule for Christner, who turned 40 on Saturday.

He’s not outwardly emotional. He appreciates the love and support he and his family have received, but also wishes he could have accomplished more for his team during the time he was critically ill.

Jackie Christner is not as reserved.

“I just thank God every day that he is healthy,” said Jackie, who married Charlie in 2019. “And yes, our bond has strengthened. I think everything for us just knowing that we need each other and we need people in our lives as everybody does. But especially to know that we had each other and he had me. He often said, ‘I don't know what I would do if you weren't here. I don't know what I would do. If I hadn't met you, this would be 10 times harder to go through if you weren't here.’"