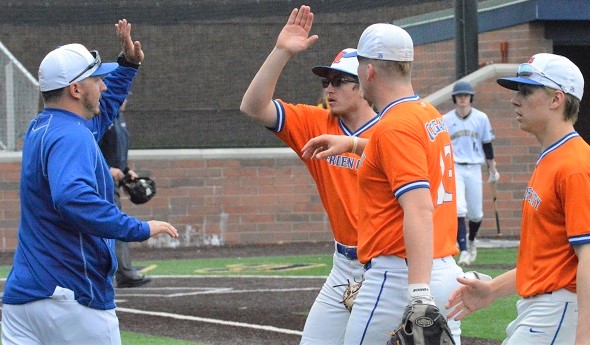 Few would argue that the formula for a successful high school baseball team usually includes hard throwers, slick fielders and a lineup stacked with guys who can move runs across the plate.

But team chemistry is an often-overlooked part of that formula that this spring has meant everything to Garden City, one of the best turnaround stories in the state this season and the MHSAA/Applebee’s Team of the Month for April.

A year ago, the Cougars were on their way to an 8-20 finish. This spring, Garden City is 22-3 with a share of the Western Wayne Athletic Conference title and a No. 12 ranking in this week’s Division 1 state coaches poll.

“It sounds like something simple and an easy thing (to say), but team chemistry wasn’t there – it truly was an issue the last few years,” first-year varsity coach Jon Evans said. “They’d start out hot, and just out of nowhere the team would fall off the cliff. … They’d have tight ballgames, but they couldn’t win a one-run game.

“This year, it seems like the team is a lot closer. They play for each other. That’s helping us. When we’re in close games, we’re winning them now. Every day in practice, every day on the field, the kids are playing for each other.”

It’s impossible to argue with the results. Garden City equaled last season’s win total by April 8 and earned one of its best victories of the season by just a run, 1-0 over preseason Division 2 No. 1 Detroit Country Day.

Chemistry on the field no doubt has been cultivated in part from familiarity with the coach. Evans graduated from Garden City when his seniors were in junior high, in 2014, and after a year playing at Defiance College in Ohio coached the Cougars’ junior varsity the last three seasons while finishing his studies at Eastern Michigan University.

“It's nice because they know when I can say I can relate to them, they know that's true,” Evans said. “I was just in their shoes five years ago, even in the classroom, with things they go through inside the school. I had all the teachers. They have assignments, and I look at the assignment and say I remember doing this. It’s easy for me to help them, and it’s good for players building trust with their coach to know their coach just went through this.”

He took over the varsity in February and previously coached 15 of 18 players on this spring’s roster. Evans’ JV went 15-7 a year ago – a nice sign for this season and the next few to come. 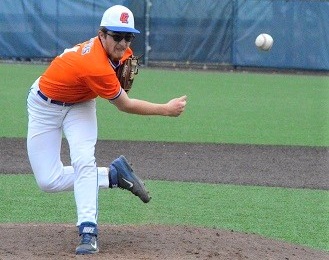 He also had paid attention to behind-the-scenes workings of running a varsity program over the last few years, and all of that familiarity made for a smooth transition when he took over.

“(The success) is not because of me, but having the same coach, I saw them every game they played freshman and sophomore year and I know what their tendencies are, what’s going through their minds,” he said. “It’s tougher competition, but I know how the kids are going respond. It didn’t take a few weeks for me – I knew right away what they were going to do, and the kids knew my coaching style and knew me stepping up to varsity was not going to change who I was.”

A trio of seniors has led the way offensively. First baseman Kevin Widner is hitting .457 with a .636 on-base percentage and 15 RBI, while catcher Trevor McCorry comes in at .438 with six doubles and Jacob Grant is hitting .426 with seven extra-base hits, 17 RBI, 28 runs scored and a .614 on-base percentage. Junior second and third baseman and pitcher Jacob May is adding a .379 average, 29 runs scored and 19 RBI to the offensive output.

Grant is the ace on the mound with a 6-0 record and 1.04 ERA over 34 innings. A number of other pitchers fill out a deep staff of contributors – Widner again stands out with a perfect ERA and 19 strikeouts over 10 innings pitched.

The program had postseason success as recently as 2016, when it won a District title. There is reason to be excited with this spring’s District less than two weeks away, but the Cougars are being cautious – the District opener is against Livonia Franklin, one of just two teams to beat Garden City this season (they split; the other losses came in a sweep by Trenton), and the bracket is competitive throughout.

Evans had a feeling this group would do the little things that, combined with their talent, have sparked a memorable run. Regardless of how this spring finishes up, it’s fair to say it’s been unforgettable so far.

“I had a feeling we’d have a good year this year – it’s a talented group, and when they play hard, when they do the little things right, they succeed,” Evans said. “I saw it on JV – when they played good defense, ran the bases well, put the ball in play, those teams did well.”