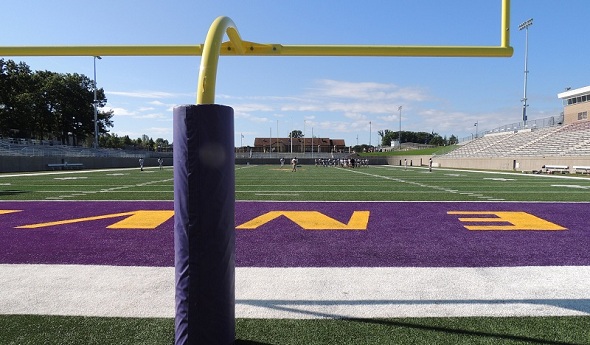 GREENVILLE – Curtis Heppe has no idea what to expect, but a few guesses and a dream or two of how it will feel tonight to lead his teammates into Greenville's Legacy Field for the first time.

“It’s going to be electric, for sure. It’s a new vibe. It’s high-tech there,” the Yellow Jackets quarterback said Thursday after his team’s final preseason practice.

Those expectations are shared by a community that will be cheering on the local team in a new home after nearly a century at the legendary Black Field. 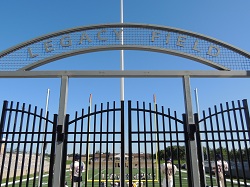 Workers put the finishing touches on the near-$7 million facility this week in advance of the season's first varsity game, tonight against rival Belding. Legacy Field officially opened for Wednesday’s freshman game, and Heppe said that even for that lower-level appetizer, the stadium began to come alive.

“We’ve just wanted Friday night to come. To get in and see how intense, how nice this place is,” he said. “Coming out of that tunnel, seeing our fans, it’s going to be the best feeling.”

Tonight’s grand opening will be the culmination of efforts from not just administrators, but students and community members as well – down to the name of the stadium itself.

“Legacy Field” was selected by Greenville’s school board. But it came as a suggestion from the school’s student council, which took submissions from classmates and then with faculty and administrators whittled the list to three favorites – Stinger Stadium and Community Field were next on their list.

But that’s just one way Legacy Field is a blend of old and new and ideas from all over town.

“In development, (it’s been) probably 10 years. We’ve been talking about it ever since I’ve been here, that one day we’d be able to do this,” said Greenville athletic director Brian Zdanowski, who is entering his 15th school year at that post. “It came through strategic planning. It came through community input. And then ultimately, our board bought in that there was enough interest in the community.”

A walk through Legacy Field is a history lesson. But first, an explanation of the Yellow Jackets’ past.

Black Field had served as the team’s home since 1916. It is nestled downtown next to Greenville’s former high school, which is now a library. 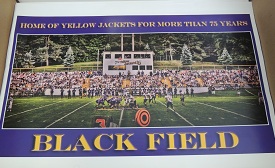 The current high school, about 1.5 miles northwest, was built in 1963. Football teams continued to make the short trip for home games.

Black Field has its charms. With no track surrounding the field like at many multi-purpose stadiums, fans are only a few yards from the sideline. And all of that history added to the mystique for the latest players to wear the uniform.

The field also has had peculiarities. Zdanowski said at one point, the end zones were elevated in the corners. And the field wasn’t always square – a 10-yard penalty might measure 11 on one side of the field but only nine yards on the other.

But after just about every home game, students met for a bonfire on the grounds, an extension of the celebration by neighborhoods that surround Black Field and embraced the team for decades.

“It was the typical focal point of the community,” Zdanowski said.

Some things old, many new

Playing on Black Field was special, Heppe added. But he's equally if not more excited to be part of this new legacy. And architects made sure to bring that community feel to the new home this fall.

Destruction and construction began May 2, the day after last season’s final girls tennis match. The courts formerly sat in what is near the south end zone, and were moved closer to the track and soccer facility.

Amenities at the Yellow Jackets’ new football home are comparable to a college stadium’s, starting at the north side of the field. 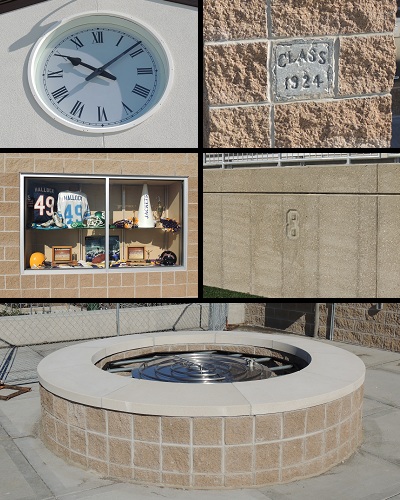 Players will enterthrough a tunnel that pours into the field like that of a miniature Spartan Stadium. Surrounding the tunnel are expansive locker rooms both for the home team and visitors, a similarly expansive training room and officials area and plenty of storage that will allow Greenville’s entire football program to be housed under that one roof. Unlike Black Field, tucked neatly among its neighbors, Legacy Field has plenty of parking and lighting, and builders were able to make that possible while also keeping intact a group of large oak trees near the south gate.

The turf is synthetic, like that played on by all but one member of the Yellow Jacket’s O-K Bronze conference. The difference from many is that the field has been dug out from the surrounding property, making it even more a focal point for those who will occupy the roughly 4,000 seats in the surrounding cement bowl. (The removed dirt was used to build two Little League fields on another part of the property.)

The sound system is of course state-of-the-art, and the press box, concessions area and restrooms also are equally expansive. But what locals should notice most are the throwbacks to the past that dot every corner of their new home.

Cut into the brick work near the concession counter is a block from Black Field that had been dedicated by the school’s class of 1924. Atop the building is the Centennial Clock, 100 years old this year, which formerly hung at the entrance the old school and was donated by the class of 1912. It has been housed by Greenville’s museum until being re-donated to the school district to become part of the stadium.

Molded into the cement walls on the west and south sides of the field are the numbers formerly worn by players Henry Loding and Greg Blumberg. Both died from football-related injuries; Loding in 1906 and Blumberg in 1977. Two trophy cases are cut into the stone on the facing of the press box, including one featuring mementos celebrating alum and former Detroit Lions tight end Ty Hallock.

Another addition of historical significance will come later. The school’s first Hall of Fame class will be inducted before the Sept. 7 game, and that display will be housed near the south ticket area so residents and fans can check it out without having the enter the stadium itself.

And one last thing was added to keep with tradition. To the west of the concession area, but within the stadium fence, sits a large gas fire pit for those postgame gatherings – plus a sound system where students can plug in their mp3 players.

“We said we’re not forgetting our past, but we’re embracing our future,” Zdanowski said. “I’m sure a lot of people have said that before. So we really wanted to make sure we got community input on it and do as much as we could to replicate Black Field. … And I think we won some people over. We really wanted to do what we said (we’d do).”

PHOTOS: (Top) Greenville's junior varsity ran through drills during a morning session at Legacy Stadium, which opened this week. (Top middle) The ticket area and gate for fans sit on the south side of the field. (Middle) A poster given out last season celebrated the final to be played at Black Field. (Bottom middle) A number of pieces of Black Field's past and Greenville tradition were brought over to or included in Legacy Field, including Centennial Clock, which formerly was part of the old school. 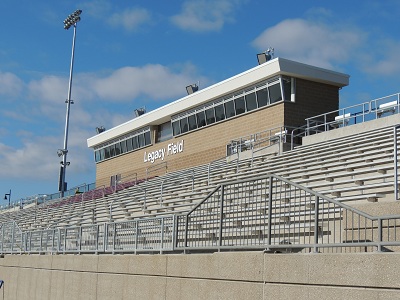 Legacy Field's press box is split into areas for game workers, coaches and media with a roll-up door for film crews. 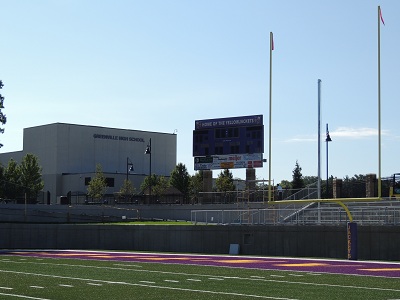 Legacy Field sits between Greenville's high school and middle school and adjacent to its soccer and track facilities. 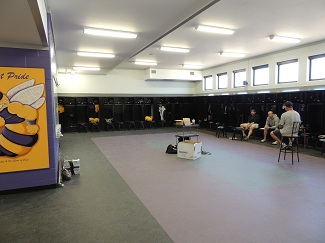 Coaches met in the spacious varsity locker room Monday morning. Junior varsity and freshman locker rooms are connected by a hallway with access to storage areas and the coaches' office. 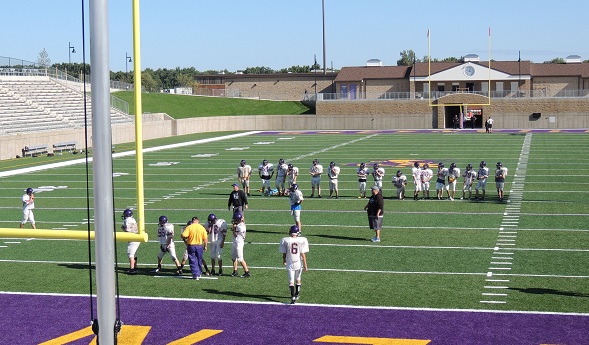 Players will enter Legacy Field through a tunnel at its north end. Above sits the concession area and restrooms, and the Centennial Clock that once ticked in the old Greenville school.