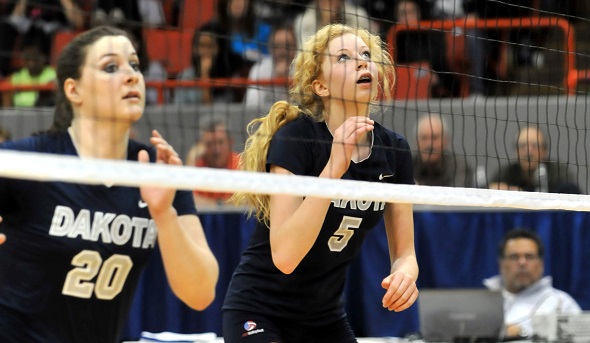 The Michigan Interscholastic Volleyball Coaches Association has announced its finalists for this season's Miss Volleyball award, which will be given to a senior during the week of the MHSAA Finals, beginning Nov. 18.

This is the 12th year of the award. Battle Creek St. Philip’s Amanda McKinzie won the honor in 2012.

Find bios of each candidate and more at MIVCA.net.

PHOTO: Macomb Dakota’s Carli Snyder (right) prepares to receive a volley during last season’s Class A Final at Kellogg Arena. She led her team to its first MHSAA championship.