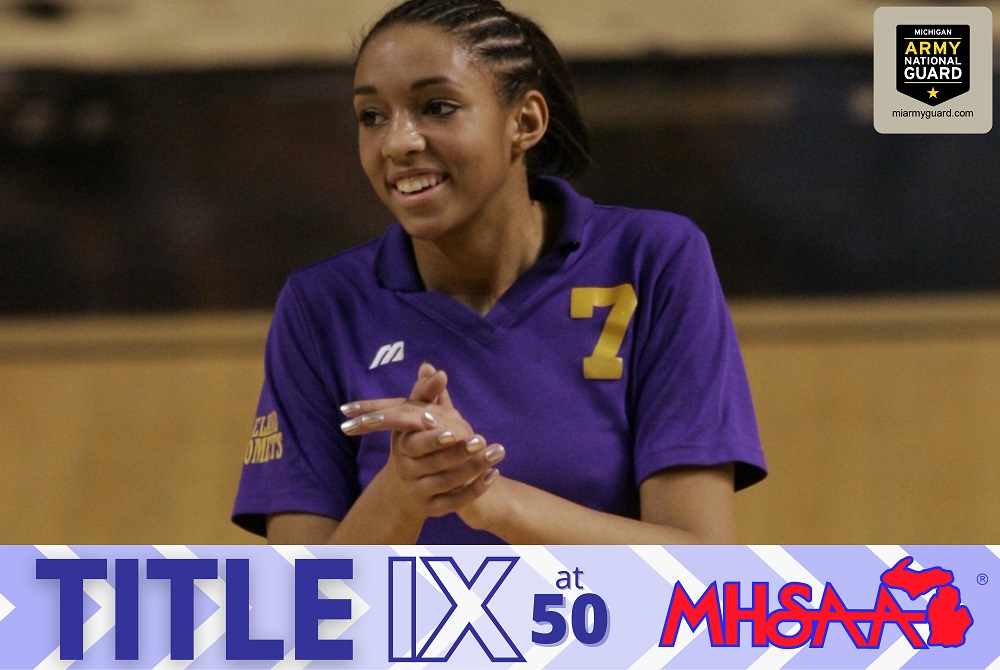 Labeling just one athlete the “greatest” of millions who have competed over a half century of MHSAA girls sports history – comparing the all-time best from multiple sports over multiple eras – is both bound to be unfair and ultimately impossible.

But Leland two-sport star Alisha Glass should be part of any related conversations.

The 2006 grad finished her Comets career with national high school career records of 3,584 kills and 937 aces, and her then-national record of 680 career blocks now ranks second. Total she continues to hold four MHSAA records, including for 48 kills during a five-set win over Battle Creek St. Philip in the 2006 Class D Final. She also earned all-state on the basketball court.

After finishing at Leland, Glass started all four of her seasons at Penn State and set the Nittany Lions to three straight NCAA championships. She was named USA Volleyball Indoor Female Athlete of the Year for both 2013 and 2014 and also was honored as the Best Setter of the 2016 Olympics after helping the U.S. to the bronze medal.

Aug. 31: We Will Celebrate Many Who Paved the Way - Read