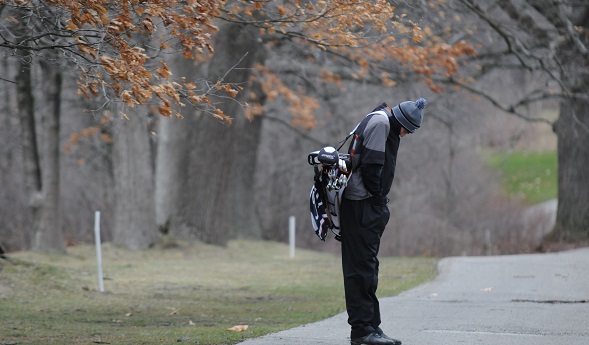 We all believe that, right?

Rain – and snow for some – has been the buzzword of this spring sports season. Just about every newspaper is writing about it and every athletic director, coach, player and parent is dreading it on a now-daily basis.

But eventually, we expect the weather to clear up and teams to play catch-up. To that end, there are limitations teams in some sports face when attempting to make up their games – but also opportunities to take advantage of while trying to fill out their regular-season schedules.

As expected, a number of teams – especially for baseball and softball – are scheduling to smash in as many contests as possible into the next four weeks. Postseason play for tennis and lacrosse begins May 16 – three weeks from today.

But teams do have options.

Teams will have to do some juggling, no doubt, and all other tournament stipulations still apply (games generally are shortened so more can be played, etc.). But with a little creativity, teams could at least get in a few of their make-up games in this way.

Also, the Executive Committee approved a motion to waive the four-contest MHSAA tournament entry requirement for all Upper Peninsula schools in all sports this spring. As of the weekend, snow still covered parts of the U.P.

Much has been discussed about minimums for all four MHSAA classes for 2013-14, and how they are the lowest student totals in at least a decade.

However, there is a better way to crunch the numbers: Consider the shrinking gaps between the largest and smallest schools in each class.

For 2013-14, the gap in Class A is 1,888 students – 261 students fewer than 2007-08 and nearly 900 students fewer than in 2005-06. The gaps between largest and smallest in Classes B, C and D also are trending smaller – which means each class actually includes schools more similar in size, instead of a perceived other way around.

We’re thankful for a valuable group of students who help us throughout the school year – our 16-member Student Advisory Council, made up of eight seniors and eight juniors from all over the state who are  charged with providing feedback on issues impacting educational athletics from a student’s perspective, while also assisting at MHSAA championships and with special projects like the “Battle of the Fans.”

Selecting the next class to join is a highlight of every spring – but hardly an easy process.

A six-member selection committee, myself included, considered 62 sophomore applicants today from all over the Lower and Upper Peninsulas, representing all four of our classes and nearly every sport we sponsor.

Every candidate is impressive for a variety of reasons. That’s what makes this difficult – we could pick any number of combinations to make up our new SAC class, and no doubt leaders galore will emerge from another impressive group.

But there are only eight spots on the council. And we’ll announce who received them later next week.

PHOTO: A golfer attempts to keep warm during a round on a dreary day earlier this season. (Click to see more at HighSchoolSportsScene.com.)