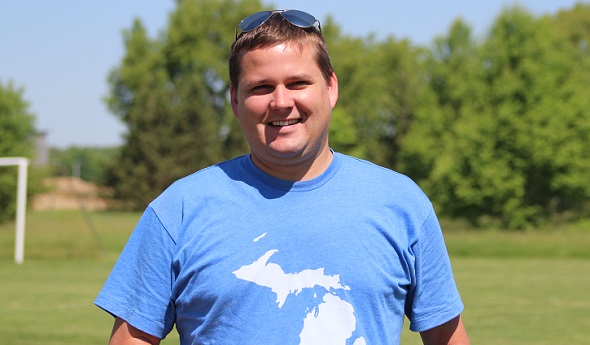 COMSTOCK TOWNSHIP — Several years ago, Josh Whitfield and his sister, Mandy Hanson, were sitting around a bonfire just chatting when they touched on a subject that fired up the normally easy-going Comstock High School graduate.

Whitfield had started helping coach the girls soccer team and realized that to be involved in sports, Comstock athletes had to “pay to play.”

“It takes a lot to get him riled up, to get him angry or upset,” Hanson said. “He was talking about, ‘Can you believe it? You have to pay to play sports at Comstock.’

“I was like, that’s crazy. He was getting so upset talking about it. Some of these girls paid to play but then couldn’t afford the right equipment.”

Whitfield, a 2000 grad and four-year multi-sport athlete at Comstock, said he wished he had enough money to help out.

That opportunity would come out of the saddest of circumstances. But as his loved ones continue to heal from Whitfield’s untimely death in 2015, they’ve created an opportunity for his memory to impact the Comstock athletic community for years to come.

That May, while playing golf with friends, including Hanson’s husband Mike, Whitfield said he did not feel well and left the group on the second hole.

“Of course, the guys razzed him about it because it wasn’t like Josh to leave in the middle of a round of golf,” his sister said.

When Whitfield’s mother, Becky, called him at home later, he told her he was having trouble breathing. He called 9-1-1 and his dad, Vic, drove to his son’s house just as the EMTs arrived.

Whitfield did not survive, dying from a double lung collapse. He was just 33 years old.

Two of his buddies, Eric Stewart and Chad Howard, wanted to do something to keep Whitfield’s memory alive.

“We were all struggling a lot,” Stewart said. “Josh had an extremely tight-knit group of friends. It was really hard for a lot of us. We were talking about ways to spin positive out of grief.

“We were like, ‘What can we do to honor his memory, to keep his name alive?’

The buddies had the idea for a fundraiser to help a few Comstock athletes pay to play. They were hoping to raise at least $1,500 through an alumni soccer game.

‘Spinning positive out of grief’

Over three years, the group – which has gone from the two friends to a committee of 14 – has raised more than $52,000 and so far donated more than $27,000 of it to various athletic causes in Comstock. 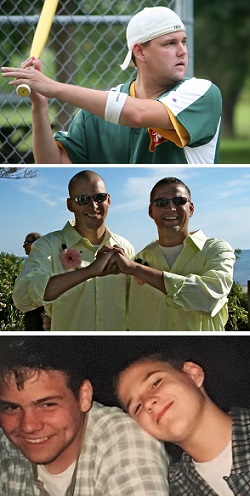 “It started with Eric and Chad, who asked how they could help and wanted to set up an alumni soccer game to help offset the pay-to-play fees,” Comstock athletic director Justin Ansel said. “Initially, I wasn’t sure how big this would be or how sustainable this would be.

“Unfortunately, this entire thing was started by a tragedy. It’s a testament how, at Josh’s young age, how people rallied around him for this. It’s just special how the community comes together to remember Josh. We are thankful for what this organization does for our student-athletes.”

The fund has supplied about $5,000 for pay-to-play scholarships, helping more than 350 middle and high school athletes with activity fees and physical exam fees. But those have not been the group’s only focus.

“For example, someone might say I can’t pay the $75 for Rocket Football,” Stewart said. “We will approve that and send the check in to Rocket Football.

“We also do grants to teams and organizations focused on Comstock. We did Eastwood Little League through a $5,000 grant last year. We’re really excited to sponsor the First Day Shoe Fund. We bought all the kids in Comstock shoes. We know that a healthy lifestyle, teamwork, all are bred through athletics.”

This year, the group will have extra money available.

“As it happens, Comstock has a new superintendent this year in Jeff Thoenes,” Ansel said. “One of his first actions as superintendent was to remove our activity fee barrier so we no longer have this fee for the start of the 2018-19 school year.

“They still plan to fund things like athlete equipment, needs like shoes or shin guards along with a variety of other things.”

With Comstock’s entry a few years ago into the Berrien-Cass-St. Joseph Conference, teams travel more than 40 miles to many games. At first, the school transported athletes to the games, but parents took them home.

“Now the fund pays to bring kids home,” Stewart said. “Parents in poverty can’t drive that far to pick up their kids. That’s not OK, and we wanted to fix that.”

Once the original fund hit $5,000, Stewart and Howard did not want the sole responsibility of doling out the money.

“We said we need to vet this through a group of people,” Stewart said.

So they formed the non-profit Josh Whitfield Memorial Athletic Fund.

The board of directors is made up of Josh’s friends and family, and funds are distributed through the Comstock Community Center.

The committee sponsors three fundraisers each year: a golf outing, an alumni soccer game and a holiday party in December. It also accepts donations through its website (www.jwmaf.org).

The golf outing in June includes about “a quarter of the field with Whitfields,” Stewart said. “It’s always bittersweet when we get together for that reason, but I think it’s a good avenue to go through some of those things. Oftentimes it’s like a support group.” 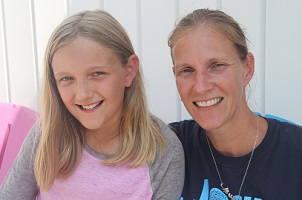 The soccer tournament is set for Sept. 21 at the school.

“It started out as an alumni soccer game, and then we had people who weren’t alumni that wanted to play,” Hanson said. “We said of course.

“It’s just getting out there and having fun. Last year, the oldest was mid-40s and the youngest just graduated.”

Said Stewart: “We usually get about 50 who sign up. It’s a hoot. It’s a good time. Everybody’s getting older, but it’s fun to relive the glory days.”

The holiday party last December was held at Kalamazoo’s Tibbs Brewing Company, which donated a portion of the sales to the fund.

Hanson and brother Matt Whitfield are members of the committee, which meets once a month to review applications.

“A couple committee members work in Comstock schools, so they see what’s going on and they see a need,” Hanson said. “The committee generally takes a vote. If the applicant meets what we’ve set forth in the guidelines, then we do grant them the money.”

Applicants also can apply through the website, but must be connected to Comstock athletics.

All committee members are volunteers, with 100 percent of any money raised going into the fund.

Besides Stewart, Howard, Hanson and Matt Whitfield, board members are

“It is amazing,” Hanson said. “It’s truly an honor. I think to myself, my gosh, Josh would be so humbled to know that this is happening because of him.

“I think secretly he’s laughin’ and lovin’ it up there.”