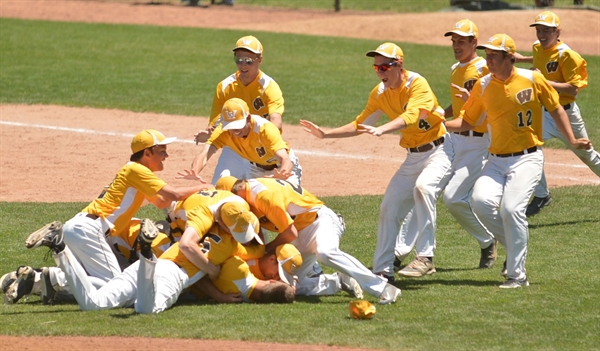 But an almost entirely different cast.

And a piece of MHSAA baseball history.

The Warriors (38-7) became the first team in the 43-year history of the MHSAA Tournament to repeat as the champion in the largest division (Division 1 or Class A).

“It was a storybook season, and it had a storybook ending,” Western coach Tim McDonald said. “I’m not going to pretend that we were the most talented team in the state or that we were maybe even close to it. But that was a flawless performance (in the Final) from one-through-nine.

“You dream of coming out and playing like that in a big game, but you never know with high school kids.”

Unless, perhaps, those kids happen to play baseball and wear the brown and gold of Bay City Western.

One of those 10th-graders was Clark, who took a perfect game into the fifth inning, then allowed three straight hits that produced both South runs to cut Western’s lead to 6-2.

“I’ve been doing that all year,” said Clark, the Warriors’ leadoff hitter who finished with three hits and scored two runs. “If I have a bad inning, I stay focused and try to speed up my momentum and it usually helps me. It’s just, stay focused, and not let myself get sidetracked by the hits.”

Those three hits – singles by Ronald Williams and James Fishback sandwiched around a Brett Bigham triple – were the only base runners South had on the day.

And after that hiccup, Clark retired the final nine Blue Devils batters he faced, finishing the game with five strikeouts. The Warriors played error-free defense behind him.

“Jason Clark is just a pup. He’s 15 years old; he was on a Pony League field this time last year,” McDonald said. “I think the seniors and some of the veterans were good about keeping him calm; (there was a) lot of positive energy. That was an unbelievable big-game performance.”

The same, frankly, could be said about all the Warriors. 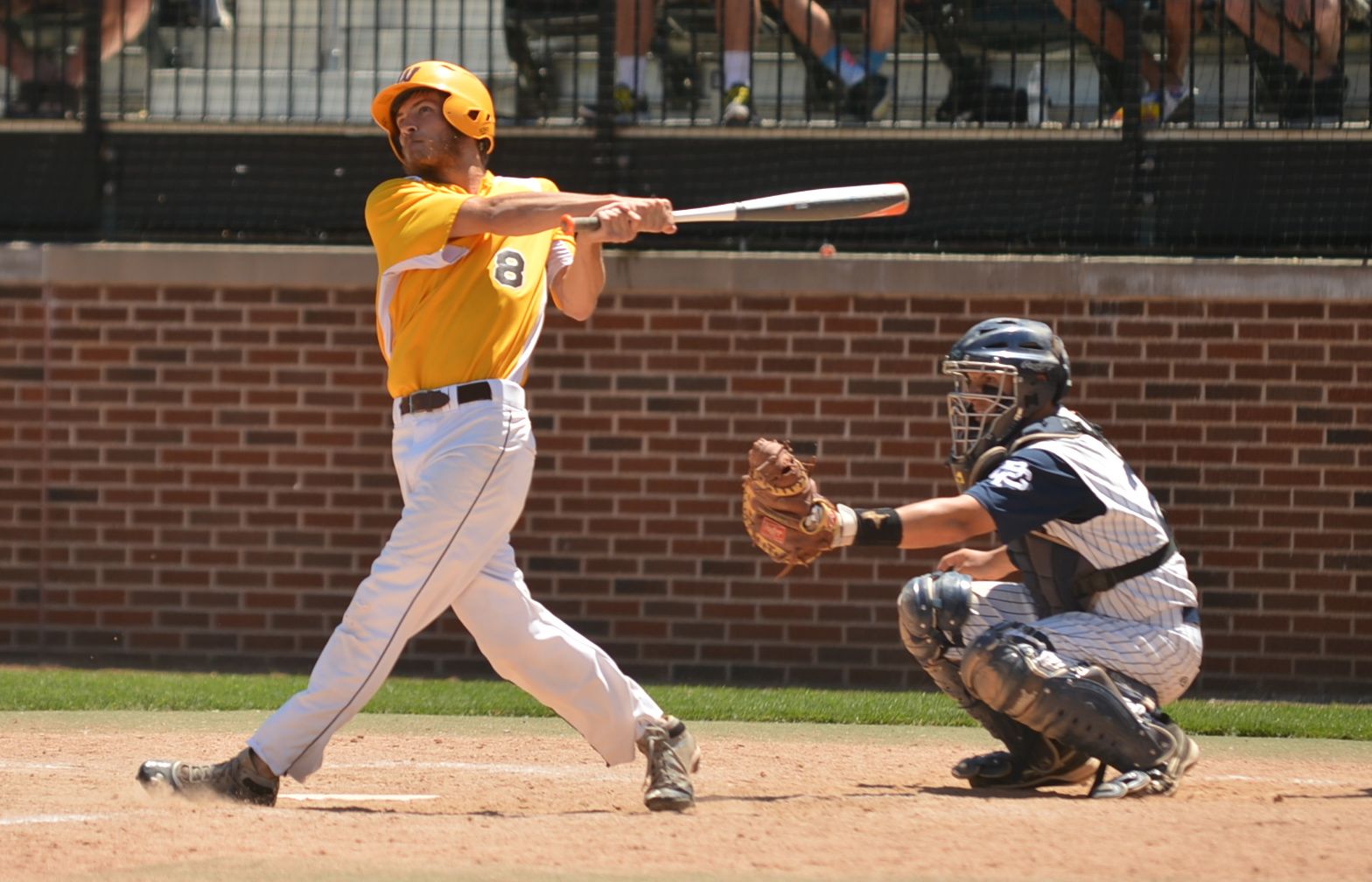 “We’ve played our best in the biggest games this year,” McDonald said. “I don’t think they felt pressure because of last year, I just think there’s pressure because it’s a one-and-done tournament. If you slip up, you can get knocked off, and these guys never ever even flinched. They deserve it. There’s more talented teams, but you can’t play any better than they did.

“For seven tournament games that was as good a display of baseball that you’re going to see, in every facet of the game.”

Senior Justin Gorr drilled a two-run double in the first inning to put the Warriors up, 2-0, and Hunter David delivered a two-out double to score Gorr and make it 3-0.

As it turned out, that’s all Clark would need, though Western provided plenty of insurance with 11 hits including a two-RBI single from Seth Freed.

And a different one, McDonald said.

“I treasured last year’s championship for a long time, and every time I see the guys from last year there’s a bond that’ll never be broken,” he said. “Now this year’s group gets to enjoy that. I’m never ever going to say one was better than the other – they’re different, but (winning is) so hard to do. You’ve got to have breaks and a little bit of luck and do all the things that championship teams do, and we did it.”

The Blue Devils started the season 1-5 and were 7-12 at one point. They finished 7-8 (third place) in their league, the Macomb Area Conference Red, but got hot at the right time and upset top-ranked Sterling Heights Stevenson in a Quarterfinal game.

“We came such a long way,” said Dan Griesbaum, who finished his 31st season as South’s coach. “I’m so proud of this team. To do what they did from the beginning to the end of the season; they just kept getting better and better and better. We lost to a very good team today. They deserved it, they played better than we did today, and that’s what the state tournament is all about.

“For us to get here and get this far and do what we did is amazing, very satisfying.”