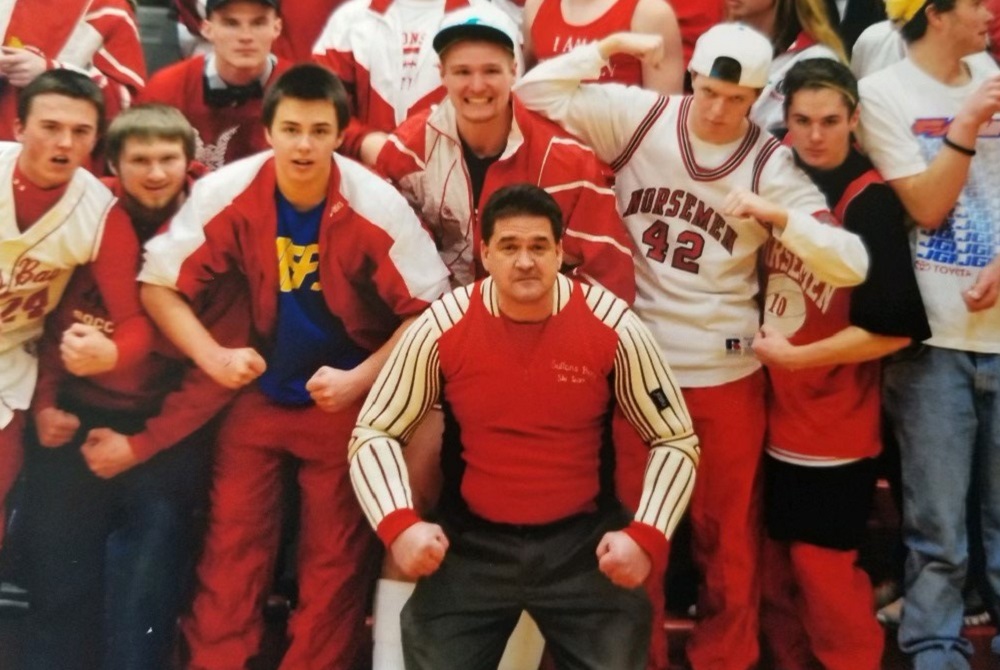 When Doug Periard retired in August, some thought he had done it all as a teacher, coach, mentor and athletic director for Suttons Bay Schools.

Retirement has proven many wrong.

He did intend to stay on as the baseball coach at least thru the 2022 season. He also thought he’d help out some with the bus driver shortage using the CDL (Commercial Drivers License) he’d recently obtained. Substitute teaching sounded good to him too.

So he came back in October. He immediately took on an emergency assignment, coaching the school’s 8-player football team to a win over Manistee Catholic Central. He also drove the bus to the game.

“Doug is that kind of guy ... when there is a need to filled, Doug will fill it for you,” said Andy Melius, principal at Suttons Bay. “The community means a lot to him, and the school means a lot to him. He bleeds red and white.”

Also since returning, he’s served as a K-1 gym teacher, filled in at the school’s front desk and headed up the district’s COVID-19 testing as the Quarantine Officer.

On Tuesday, Periard will coach baseball after driving the bus transporting the Norsemen to Buckley to begin postseason play. It’s no different than what he’s been doing all spring.

However, some questioned if Periard could handle bus driving and coaching on the same day. 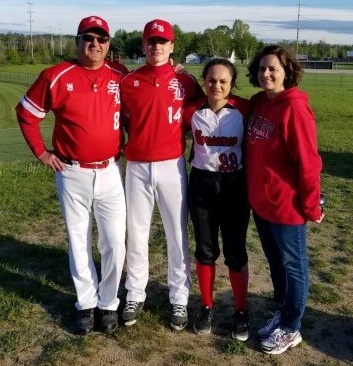 “It’s been interesting,” Periard said with a little laugh. “I was a champion at taking a nap (on the bus as coach).

“I would be asleep before we got to the split in the road and wake up when we got there,” he continued. “So, there was some real skeptics out there wondering if I’d be able to both drive and coach when I got there.”

Periard has hopes of hitting the 400-win mark before giving up baseball. He’s compiled a 379-280-18 record since taking over the Norseman baseball program on a “temporary” basis in 1998. It was supposed to be only until another coach was found. He had coached the JV squad the year prior.

And, there’s something else about Periard very few people know. Someone who does is Christine Mikesell, Suttons Bay’s assistant athletic director. Mikesell’s five boys at one time or another played sports coached by Periard.

“Every kid is important to Doug,” noted Mikesell, who is stepping down in June. “He really has a big heart for those that are struggling, and he makes a pathway for a kid to achieve if they take it.

“He is one of those kind of guys you want on your side because he is a team player ... a real team player when it comes to the school and athletics and coaching.”

Mikesell has seen him help lots of high schoolers who end up graduating perhaps without knowing how much help Periard provided.  He often made sure kids had a white dress shirt so no one was left out on the school’s game day dress-up tradition. He’s also paid for lunches and arranged transportation for students coming from hard-life circumstances.

“I have seen him go well out of his way,” said Mikesell. “I know a lot of it is his own pocket.

“He has eyes, and he watches,” she continued. “He finds the one that is struggling, and he goes and brings them as part of the team.”

Periard became AD in 2008, a year he will never forget. It was marked by the stock market crash and he, along with his wife Anne, was dealing with his daughter Grace’s new diabetes diagnosis. The economic circumstances also threatened his continued employment as a teacher.

The job loss did not materialize. Grace is now in college. And, she was the 2020 recipient of the Suttons Bay High School Berserker Award presented to Norse athletes who have competed in three sports every year of high school.

The award was created several years back by Periard. Now he hopes his son Hugh, a junior pitcher and three-sport athlete, will follow his sister’s footsteps and be similarly recognized next spring.

“I stole the (Berserker) idea from my little brother who was the AD at Birch Run,” he admitted. “I am proud to have gotten the thing rolling.

“I think playing three sports is vital to a small school and development of young people.”

Periard’s legacy also will include strong co-op developments, including the establishment of NorthBay, and keeping a great football tradition alive while the school struggled with declining enrollment. The co-ops are established for all sports with Northport and include Leelanau St. Mary’s in boys and girls track & field and soccer. 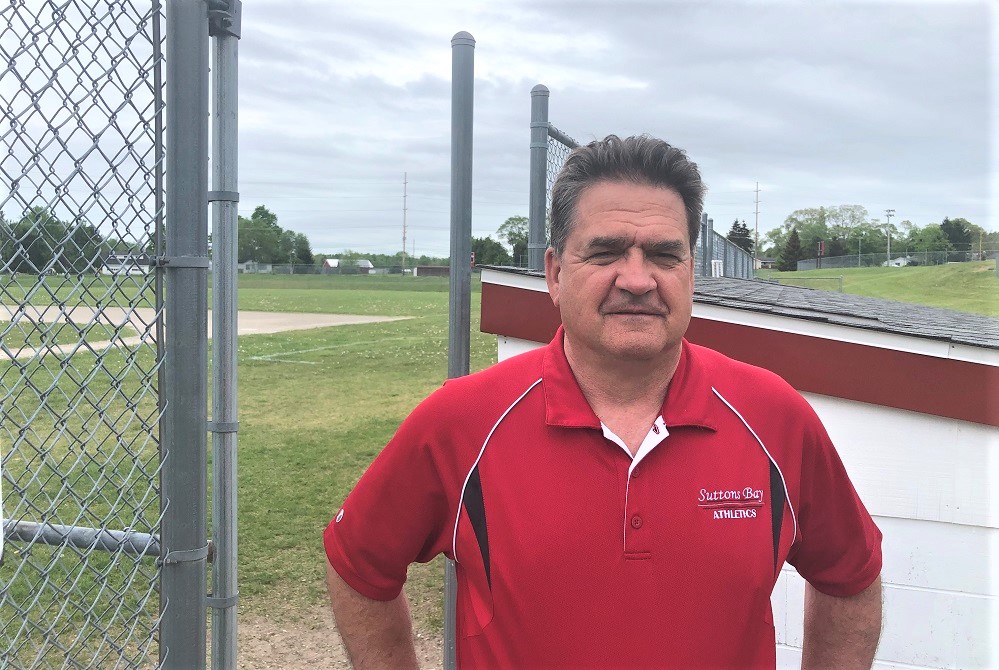 Periard guided the Norsemen’s move to 8-player football in 2017. The previous season, Suttons Bay had to forfeit the majority of its games because it did not have enough players to compete in 11-player.

Mikesell’s son Baylor was one of seniors who missed out as part of that 2016 team. Another son, Lucas, was a star player in the school’s run to back-to-back 8-player Division 2 runner-up finishes the last two seasons.

“My son lost his senior year because we were still 11-man, and we couldn’t field a team,” she said.  “Doug is a problem solver and comes up with solutions outside the box.

“He did tons of research on it to get us in a place (where) we could participate in football because he saw that the risk of losing football here at the school, what a damaging thing it would be.”

Periard is most proud, however, of the behavior of the student body during athletic contests. His game management included a “bristle” – a knowing look – passed on from his grandfather to his mother and ultimately to he and his brothers.

With his simple bristle he was able to instantly, and non-verbally, communicate to the students they’d better stop what they’re doing.