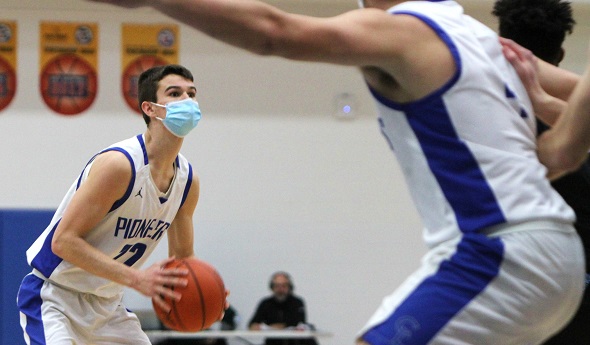 Conversations about Croswell-Lexington basketball have long been common in Lance Campbell’s barbershop.

Hearing them on the opposite side of the state, though, is something new.

“It’s nice to go on Twitter and have people talking about Cros-Lex,” said Campbell, the Cros-Lex boys coach whose full-time job is running Campbell’s Cuts in Croswell. “It hasn’t been something that’s happened. It’s nice to get the statewide attention. A friend of mine went to a showcase in Grand Rapids, and said he was sitting in the stands and people were like, ‘Who the (heck) is that Croswell whatever? Where the (heck) are they?’”

To answer the question: Cros-Lex is a few miles inland from Lake Huron in the southern half of the Thumb. But the folks on the west side were talking because they had already found Cros-Lex – near the top of the Division 2 boys basketball rankings.

The Pioneers were 20-1 a year ago, spending most of the season in the top five of the polls. They were ranked No. 25 in all divisions by MLive heading into the postseason and were picked by multiple writers and followers of the sport to make the school’s first run to the Breslin Center for the MHSAA Final Four.

The online chatter never had a chance to turn into more, as the season was ended prior to the District Final because of COVID-19. But with much of the team back, led by four-year standouts Hunter Soper and Tyler Johnson, the Pioneers are looking to prove all the talk was justified.

“Last year felt perfect,” Soper said. “It’s hard to think about it, and going to bed every night with a ‘What if?’ Everything felt like it was clicking for us. We’re trying to get back to that this year. We’re hoping to make a deep run again and not end on a ‘what if,’ but a ‘we won.’”

Campbell, a Cros-Lex graduate himself, won’t say outright that he saw this coming. But he also won’t say that he didn’t.

While he’s in his fourth year as varsity coach, he’s been coaching at some level in the program since the early 2000s, when his former coach Don Roberts asked him to come aboard. He watched the players who now make up his team grow up as athletes on the basketball court, baseball diamond and football field.

“Five or six years ago, we kind of looked and thought this could be a special class, but I’ve seen that happen multiple times and you never know how it will work out,” Campbell said. “When I was in eighth grade, I think four of the five starters didn’t even play basketball by the time we were on varsity. This senior class, Joey Noll was a role player, he was the eighth or ninth kid on the eighth-grade team, now he’s a starter. Two kids who started on that eighth-grade group aren’t playing anymore. We kind of envisioned this being a special group, but again, I’ve seen where it doesn’t always work out.”

There was also a question as to whether the talented group would turn its focus to one sport over another. Many of the Campbell’s current players grew up playing baseball together on travel teams. As they reached high school, however, the multi-sport focus has only increased. Campbell said each member of main rotation is a multi-sport athlete, many of them playing three sports. That’s a source of pride for Campbell, who is also the school’s golf coach.

“When we had four-man workouts, I was like, ‘Basketball is not even on your radar right now. Focus on things football related,’” he said. “We have to collectively work together. (Football coach Mike LeGrow) did a good job this year, and hopefully that will continue. I know some of these kids are starting to throw some baseballs. We also tell them to not overdo it. We’re going six days a week right now, three days of games, three days of practices, and once in a while you have to be a kid. You have to stay home and play PlayStation or Xbox. If you have a girlfriend, you have to take her to the movies. You have to spend some time with your parents.”

The players also weren’t sure of what could come, even though Soper and Johnson were showing early signs of being special on the court, having moved up to the fifth-grade team as third graders.

“I think back then we were mostly focused on baseball,” said Johnson, who is still weighing playing baseball and basketball in college. “We were part of a really good travel baseball team. It wasn’t until our sophomore year that we thought, ‘OK, basketball could be it.’ That was our first summer playing AAU.”

Johnson said playing multiple sports together has brought the team closer together, referring to his teammates as brothers. It’s also helped to build chemistry on each field of play.

“I feel like it helps out a lot with the different roles everyone plays on the baseball diamond or football field,” Soper said. “You get to understand what guys do, and their tendencies.”

Soper and Johnson are the unquestioned stars on the basketball court. Both stand at 6-foot-5 and are dangerous from anywhere on the court. While neither has signed with a college, they both plan to play at the next level. Soper was the Blue Water Area Conference MVP a year ago, and Johnson was runner-up.

As Cros-Lex has rolled to a 3-0 start this season, Soper is averaging 17.3 points per game and Johnson 14. Soper also has set the school record for career rebounds.

But the Pioneers have shown they go much deeper than their two stars as they are winning by an average of 40.6 points per game. Juniors Saige Slanec and Jake Townsend have also contributed double-figure scoring games. Seniors Noll and Nolan Durand continue to play major roles on both ends of the floor, and sophomore point guard Trey Kolakovich has meshed nicely with his older teammates in his second varsity season. 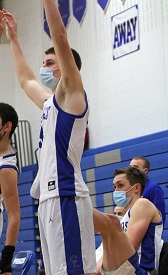 “Collectively, we’ve got so many kids that do things that kind of get overlooked,” Campbell said. “The great thing with our team is, I had a guy send me a message after the game (Saturday against Brown City) and he said there were instances in the fourth quarter when we had some bench players on the floor and they did things well and everyone on the bench was up and cheering. I always tell them that I was all-area in high school, but no one remembers that. If we would have been good enough to put up a championship on a banner, then everyone would see it. If we do things collectively, as a team, that’s something not anybody can take away from you.”

The Pioneers have never won a Regional title, something this year’s team hopes to end. But they know it won’t be easy, and after last year, they are simply embracing the opportunity.

“I feel like every practice, every time we’re together and every time you’re on the court, we don’t take it for granted,” Soper said. “Especially for a senior, everybody talks about how fast it goes, but you don’t really know until you live through it.”

They’re also not taking the online chatter and recognition for granted, even if they’re much more interested in showing the state how good they are in person.

“It’s really cool that a little town in east Michigan in the Thumb and on the lake can get all this recognition, and that people are talking about us,” Johnson said. “We see most of it, and we talk about it, but it’s not like we freak out about it. Coach keeps us pretty under control. You can look at this stuff, but it doesn’t mean much. You just have to keep playing.”