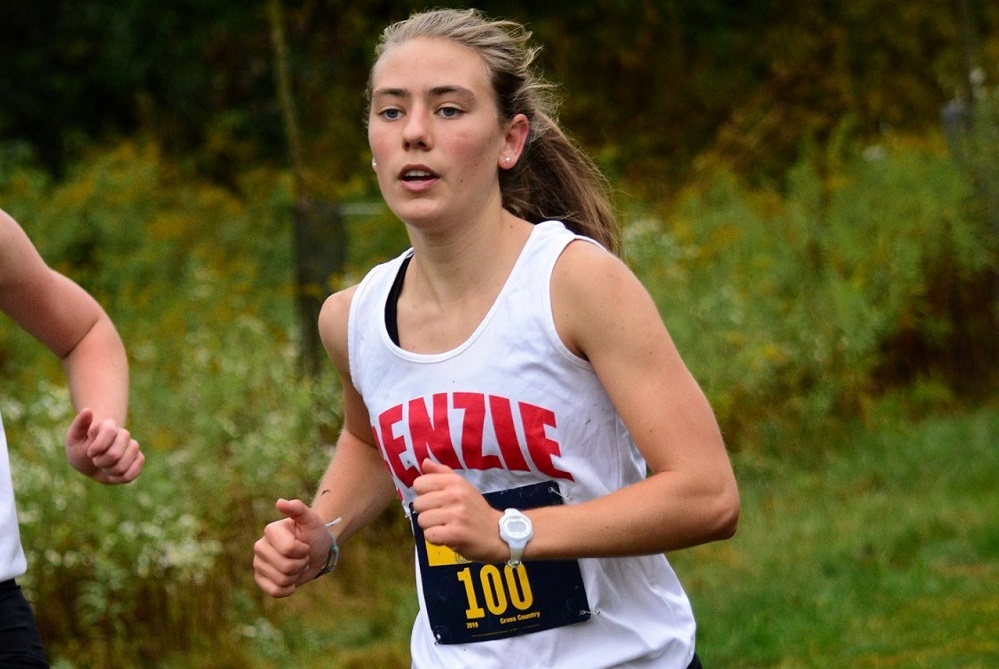 Maya Musgrave wants every female high school cross country runner to know her story. And she wants to help everyone with a similar one.

Boys, too, should take notice of what the Benzie Central senior has gone through. Her brothers already have. And, they got help.

Both the boys and girls Benzie runners have qualified for this weekend’s MHSAA Lower Peninsula Finals.  The girls would not have made it without her leadership and contribution to the team. Perhaps the boys wouldn’t have either.

When she graduates in the spring, it won’t necessarily be Musgrave’s running performances people will remember. She’s in the process of starting a non-profit agency to create awareness for anemia and make iron blood testing free for future Benzie runners.

Now to her story. Musgrave started running cross country as a freshman. Her brothers Michael and Quinten also run for the Huskies.

Maya, who will be named to the academic all-state cross country team this weekend, got back into running her junior year, after recovery from an earlier surgery. She ran her best time of the season in the school’s first race.

But, Musgrave’s times dropped every race after. She and her coaches knew it wasn’t her training or effort.  She and her family struggled with low energy and breathing difficulties. 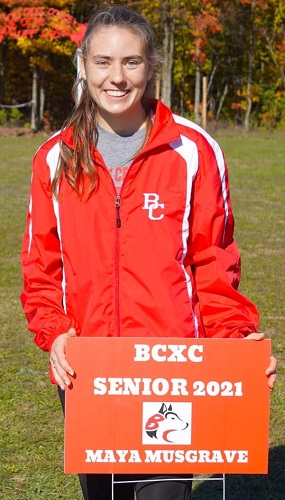 Upon receiving Musgrave’s blood test results, her personal physician actually asked Musgrave how she had been avoiding passing out. Her coaches wondered how it was possible she was staying awake during the day, let alone run.

Musgrave’s lab revealed she had iron levels just 10 percent of what they should be. She went through two iron infusions to get her levels to normal. Infusions are usually prescribed by doctors to treat iron deficiency anemia, or when needed to increase iron levels fast to avoid medical complications or a blood transfusion. They also are prescribed for iron deficiency anemia when dietary changes and iron supplements are not enough.

Her story has already led to iron testing of the entire Benzie girls team and some of the boys. Low iron levels are very common among female athletes, and to a lesser extent found among male runners. The testing revealed her brothers had low levels, as did half the girls team.

The cost of the testing was covered by Musgrave personally, with help from her family. The next step was to start the education process. She arranged to bring in Abigail Ellsworth, a local neuropathic doctor and acupuncturist, to speak to the team. Ellsworth also had volunteered her time to draw blood for the team testing.

Today, Musgrave is working with an attorney to set up her nonprofit called Know If You're Low. Once it is set up, the nonprofit will provide free iron testing and education for female runners at Benzie on an annual basis.

So others don’t have to, is Musgrave’s motivation.

“I just figured it had been a problem for girls in the past, it was obviously going to be with girls in the future as well, so I might as we’ll tell my friends about it and tell my teammates about it so they can get it checked and not have to worry about it like I did,” she said. “I didn’t want them to have to go through that.”

Her coaches, Asa and Traci Kelly, were among the first to suggest iron could be at the crux of her struggles. They’ve seen a lot of runners struggle with iron counts during their coaching and competitive personal running careers.

“She was at the point where we were consoling her after races and saying, ‘Hey, we’re sure this is what is going on,’” Asa Kelly said. “‘You just got to get tested.’”

Other than the extreme low levels, Musgrave’s story fits a pattern the Kellys have seen too often – watching times get slower without a known cause, thinking perhaps the athlete is not working hard enough and having kids quit the sport because of it. 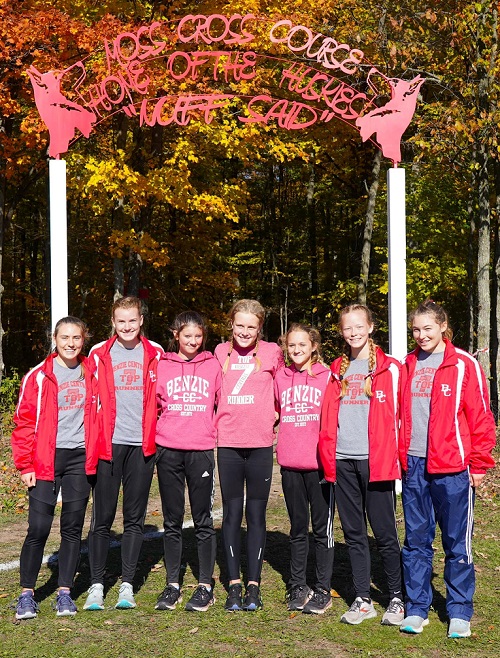 “A lot of coaches, a lot of athletes, a lot of parents just don’t understand how critical (iron levels are),” said Asa Kelly. “I think the biggest thing is back 30 or 40 year ago, you would just keep beating the horse.

“Low and behold many of these kids had underlying issues.”

The Kellys coach boys and girls cross country at Benzie. Their daughter Mylie broke the school record at the Regional last week and hopes to qualify for the all-state team again this year as a sophomore.

They’ve seen a couple of runners every year test low for iron when it was considered a possible culprit for decreasing performance. They can’t help but wonder what results would have shown if they had tested all the boys and girls every year. Musgrave may make that possible going forward.

“If coaches could be proactive with this kind of thing, imagine the difference in some of the lives of these kids you could make,” Asa Kelly said. “All of a sudden, ‘I just thought I was an OK runner on the team and I was just tired all of the time’ to maybe this kid has this untapped ability they are never going to discover just because of something that’s out of their control.”

“We figured that if people want to know more about this, there probably should be a website for them to go look at it,” Musgrave said. “It’s just a place that A, people can read information about this program, and B, donate if they want to. The money will go for paying for the actual blood test.”

Musgrave is undecided about college plans right how. Her coach believes she could land at one of the nation’s finest academic schools.

“She’s a spark plug,” Kelly said. “She’s a girl that is going to go places in this world for sure.

“She brings that poise, that confidence.”