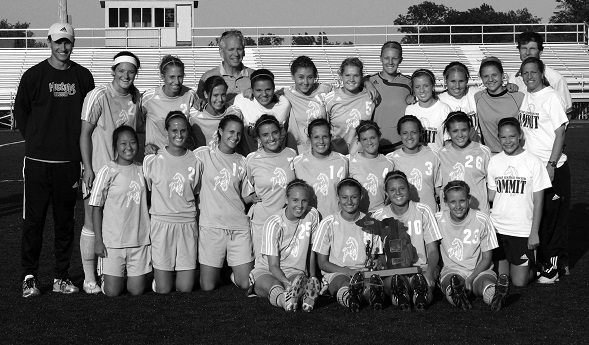 Winning the 2009 Division 1 championship was a major accomplishment – of course – for the Portage Central girls soccer program.

But it made a pretty loud statement as well for all of girls soccer on the west side of the state.

While teams from the Grand Rapids and Kalamazoo areas had dominated Divisions 3 and 4, and had nice success as well in Division 2 and the former Class B (before the sport went to divisions in 1998), no team from the state’s west side had won the Class or Division of the state’s largest schools since girls soccer became an MHSAA tournament sport in 1983.

Portage Central became the first in 2009 by completing a 27-0-2 run. Shannon Bennett’s header off Taylore Peterson’s corner kick 39 seconds into overtime gave the Mustangs a 3-2 win over Utica Eisenhower in the Final.

To that point, 24 of the first 26 girls soccer championships in Division 1, Class A or the open class (from 1983-86) had been won by schools from Metro Detroit. The other two were won by Saginaw Heritage in 2002 and Ann Arbor Huron in 2008.

The 2009 championship was the second for Portage Central – it previously had won Division 2 in 2000. Bennett went on to play at Robert Morris University, and Peterson played at Illinois.

Click for coverage of the 2009 Final from the Kalamazoo Gazette and watch the winner below from the MHSAA Network.