Bloomfield Hills Academy of the Sacred Heart girls tennis coach Judy Hehs and Wayland softball coach Cheri Ritz were recognized as National Coaches of the Year in their respective sports after both led their teams to MHSAA championships during the 2014-15 school year.

The following brief bios on Michigan’s winners include excerpts from coaching philosophies they were asked to submit after being identified as candidates:

Judy Hehs has coached girls tennis at Bloomfield Hills Academy of the Sacred Heart since fall 1996 and served as co-coach of three MHSAA Lower Peninsula Division 4 championship teams over the last four seasons, including last spring. She also coached the school's varsity girls basketball team from 1988-95 and two sports at Detroit Country Day – field hockey in fall 1987 and then junior varsity boys tennis (while also serving as the varsity assistant) from spring 1988-2000. Hehs was inducted in 2015 into the Michigan High School Tennis Coaches Association Hall of Fame and her girls tennis teams have a record of 141-16-14. She also serves as Sacred Heart’s associate head of school and director of the upper school.

“Why do I coach? I coach to give back to the profession of coaching and to the sport of tennis. Tennis has been a large part of my life since I was young. I coach because I can make a difference in the lives of the young women whom I coach – I can help build character and teach resilience, I can bear witness to their individual and team success and I can be present during those moments when hard lessons are learned. I coach for selfish reasons – I love spending afternoons and weekends with young people. In my classroom, the tennis court, the challenge isn’t making great tennis players. It is about building great people. … There is no better place than a tennis court to teach real life lessons – lessons about work ethic, teamwork, problem solving, independence and the moment when efforts turn into believing and believing turns into accomplishments.”

Cheri Ritz has coached the Wayland softball team to two MHSAA Division 2 championships, in 2006 and again last spring. She began her varsity softball coaching career at Middleville Thornapple Kellogg from 1991-94 and has led Wayland since 1995. She ranks 12th in MHSAA history for softball coaching victories with a career record of 818-207. Ritz also teaches in the Wayland Union district.

“Patience, passion, dedication, virtue, teamwork and love are present daily. I will open the minds and hearts of my athletes, and they will treat people the right way. I will enhance their soul by having them grow righteous values from within. We will instill that maximum effort is simply a way of life. … Our goal will be to be as competitive as possible every year. We will compete every year with high expectations of our players, on and off the field. We will control what we can control, such as effort, attitude and the way that we treat our teammates. We will pay close attention to details. We will work on the basic fundamentals every day in practice. Everything matters, from the way we treat custodians and bus drivers to the way we clean our opponent's dugout after a game to the way we warm up before the game. We will win with class in everything that we do!

The NFHS has been recognizing coaches through an awards program since 1982. Winners of NFHS awards must be active coaches during the year for which they receive their award. 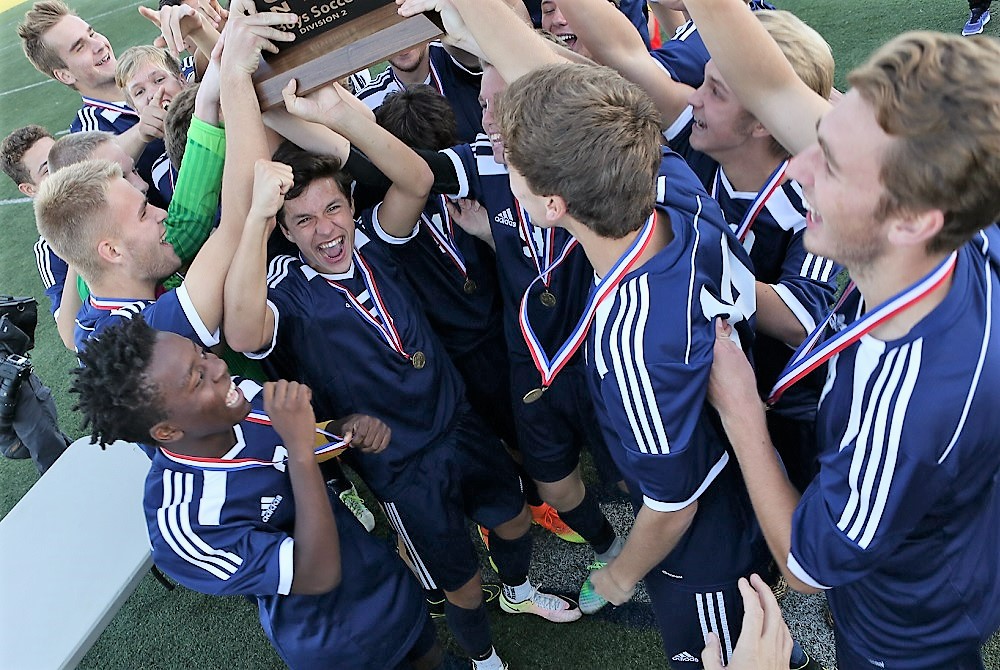 Mattawan’s athletic department has been selected for a Quality Program Award from the National Interscholastic Athletic Administrators Association (NIAAA), becoming the second Michigan school to receive the exemplary-level honor since the QPA was introduced in 2009.

Programs were considered by the NIAAA based on 10 assessment categories that aspire to “encourage measurement, planning and goal setting aimed at continuous improvement of local school athletic programs.” Mattawan will be recognized for the achievement during December’s NIAAA/NFHS National Athletic Directors Conference in Nashville, Tenn.

“Here at Mattawan, we take great pride in our athletics and activities. We are continuously trying to improve so that our student-athletes have the best experience possible,” athletic director Chad Yager said. “The NIAAA Quality Program Award model guided us through a complete evaluation of our athletic programs. In doing this, we were able to reaffirm what we know we do well, (with the program) also showing us areas that need improvement.

“We are extremely proud of this achievement and will continue to grow as a school and community through continuous evaluation of our programs.”