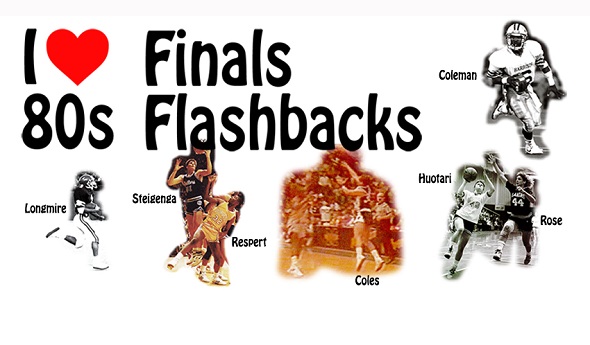 A fine performance by the Traverse City High football team in all facets of the game led to the 1988 Class A title win over Detroit Catholic Central – this week's "80's Finals Flashback" on MHSAA.tv.

Great game-winning shots, monumental comebacks and late-game touchdown drives will be featured for nine weeks this summer as part of the Flashbacks series. See the link below for last week's installment, and click to watch this week's on MHSAA.tv.

This week's game: Traverse City 24, Detroit Catholic Central 14 – 1988 Class A Football Final - In Class A, Traverse City notched a 24-14 win over Detroit Catholic Central. The Trojans took the opening kick and drove 80 yards on 20 plays en route to their first touchdown of the day. A 46-yard field goal by Josh Wuerfel, breaking the championship game record of 42 yards by Jeff Fisher of Ann Arbor Pioneer in 1984, gave TC a 10-0 lead at halftime. The Shamrocks cut the lead to 10-7 late in the third quarter on a 3-yard run by Dave Owens. However, a pair of fourth quarter interceptions by Trojan linebacker Andy Baillie set up Traverse City TDs. Mike Nadlicki paced the winners with 85 yards on 27 carries and two touchdowns.