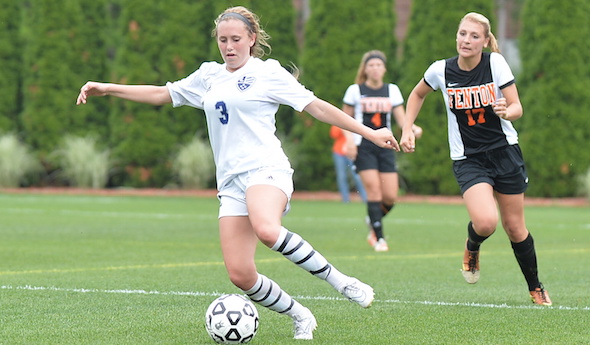 Click the headings below for highlights from both broadcasts on MHSAA.tv.

PK Save By Quesnelle Richland Gull Lake's Maddie Fouts was awarded a penalty kick 16 minutes into the second half, but Fenton goalie Abigail Quesnelle won the day with the save.

Annie Gets The Game-Winner In the shootout, Gull Lake's Annie Walbridge beats the keeper to give the Blue Devils the title.

Unity Christian Gets The Equalizer In the second half, Abby Neinhuis takes a pass out in front and ties the game between Hudsonville Unity Christian and Detroit Country Day.