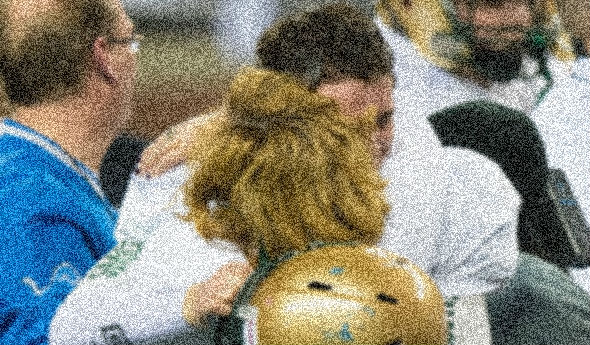 “I love to watch you play.” Those are the six words a son or daughter wants to hear from his or her parents after a game.

This is a hard and very sensitive area for most parents to come up with the right thing to say.

Before we talk about what to say in this situation, it may be more important to discuss what not to say after a game where your child does not play. Some of the comments all parents should avoid are:

“Why have you not played in the last three games? Your coach must not like you for some reason.”

“Your coach is clueless; he has no idea what he is doing.”

“You are way better than Johnny! I can’t believe he is playing more minutes than you.”

“Did you see how many mistakes Suzie made? I know if you were given the opportunity you would not make those same mistakes.”

Parents will often say these things because they are frustrated, and parents think they are comforting their child by giving them an excuse. What these comments actually do is create a divisive culture within a team. After hearing these negative comments over and over again, the athlete will eventually believe it only to see his or her attitude and effort become negatively affected over time. That athlete turns into a selfish teammate.

Now let’s put yourself in the situation where your child comes home after a game after not playing. What do you say?

The first thing you could do is talk about the game itself. Recount certain plays and make note of individuals who played well for both teams. This initial conversation takes the uncomfortable nature of the situation and sets the stage to talk about how athletes feel about not getting into the game.

There may be times when your child will not want to talk about it because he or she is upset, angry or even embarrassed. These moments of silence give the parents an opportunity to talk about the importance of being a good teammate and how an athlete can have a major impact on the team no matter what role is played. They can teach how to be the first person off the bench to congratulate or give a word of encouragement to teammates. Parents also can point out that the harder athletes work in practice, the better it is going to make the team.

In other words, we have the responsibility as parents to teach our kids the significance of living life pointed out no matter the circumstance. Living pointed out simply means to put others before yourself in everything you do. Finding ways to make the people around you the best they can be. No complaining. No excuses.

Andrew DeWitt played two years of Varsity basketball for me at Hudsonville, and he rarely had the opportunity to play. Unfortunately for him, he was a good player on two really good teams with lots of talent. He understood his role and treated practices like games – playing as hard as he could.

He would elevate the intensity of practice every day. On game nights, he was our biggest cheerleader. His impact went way beyond scoring points or getting rebounds.

Andrew’s parents were great teachers as they guided him through those tough times where it would have been easy to make an excuse or complain. Instead, they taught Andrew he could always have an influence on other people’s lives despite the role he played. What a great lesson that Andrew can carry with him for the rest of his life.

At the end of the day, one thing every parent in every situation can say that will have a positive impact is, “I love you.” Many times athletes think they are letting their parents down because of their lack of playing time. Knowing that their parents love them the same whether they play a lot or not at all has a significant impact on how the student-athlete responds to adversity, and specifically not playing in games.

I challenge all parents to use these potentially negative situations as a way to teach student-athletes valuable lessons on what it means to be a great teammate – and more importantly in teaching them to live their life pointed out. There may not be a simple six-word phrase to say when your child does not play, but there is definitely plenty to talk about.

Wolma has served as Hudsonville's athletic director since 2011 and previously coached boys varsity basketball and girls varsity golf among other teams. He also previously taught physical education and health.