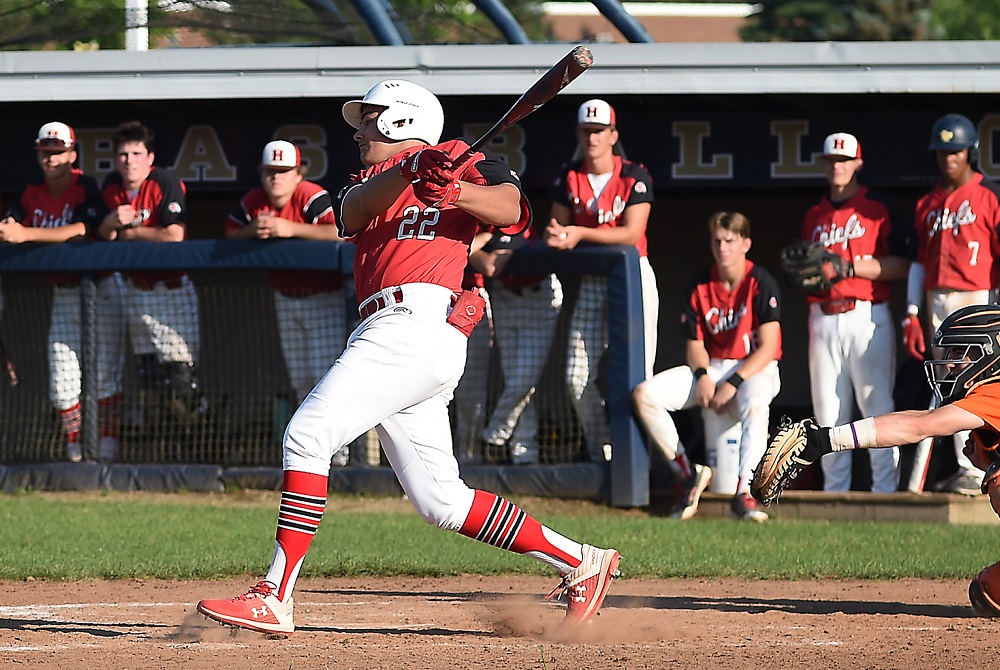 NEW BOSTON – Phil Yancey learned an important lesson while coaching baseball to teenagers in the Dominican Republic – a lesson that he uses today with his players at New Boston Huron.

“The kids there play hard, from the warm-ups right through the last play of a game,” he said. “They give 100 percent. For many of them, it’s there only way out of poverty. Baseball is their ticket off the island.”

Yancey stresses to his players now to play hard every single minute they are on the field.

Yancey coached five seasons in the Dominican before becoming the varsity baseball coach at Huron High School in southern Wayne County seven years ago. He’s developed a rock-solid program at Huron, one that is currently ranked among top teams in the state and looks to be built for a deep tournament run.

Huron went 26-8 in 2021, reaching the state rankings for the first time in school history. The Chiefs won Division 2 District and Regional titles and made the Semifinals before bowing out to eventual champion Orchard Lake St. Mary’s. That club had 10 seniors, but Yancey saw potential for big things this season.

“It was nice coming into the season with guys to build around, but we found some really talented players this year too,” he said. “We are playing pretty well right now.”

The Chiefs are off to a 17-2 start. The losses came to Grosse Ile in an early-season game and to Livonia Stevenson in an 8-7 slugfest. The Chiefs have a key matchup with Riverview this week, and a win would go a long way toward the team repeating as Huron League champion.

The team is built with a solid core of seniors including shortstop-pitcher Cole Grunwald and centerfielder Matt Williams, plus juniors like Rory Callahan, Michigan State University commit-Gavin Moczydlowski and sophomore Micah Smith – who is quickly gaining the interest of multiple colleges.

Moczydlowski is the ace of the pitching staff and one of the top hitters on the team. He committed to MSU in the fall after a great season last year.

“He throws 90-92,” Yancey said. “He’s a really good pitcher, doesn’t walk many, and hitters have a tough time with him.” 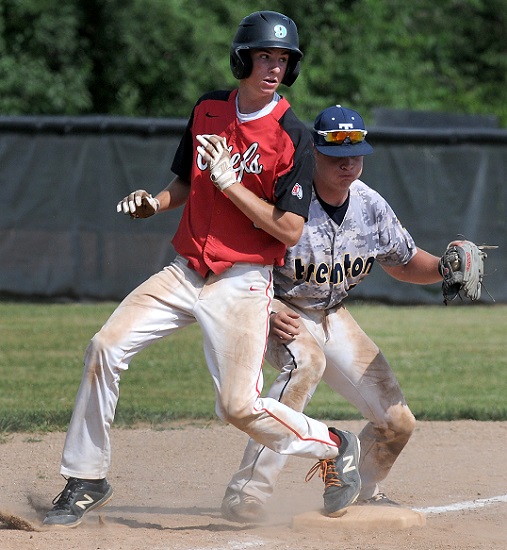 Moczydlowski would have been on the varsity as a freshman, but the season was canceled because of COVID-19. As a sophomore he broke a bone in his elbow during basketball season, and no one knew it until after he pitched – and won – the baseball season opener. He ended up playing first base all season due to the arm injury. This year he’s in the rotation, and Yancey considers him the ace.

“It like an addition to the team because he didn’t pitch last year,” Yancey said. “We like the combination of him starting and Micah Smith closing.”

Smith has been a pleasant surprise. He’s another hard-throwing righthander. Yancey wasn’t even counting on him when the season started, but he’s throwing in the 90s and has more than proven himself. Oakland University and the University of Pittsburgh have been in regular contact with Yancey about the sophomore, who has a 1.80 ERA with 34 strikeouts among the 84 batters he’s faced.

“He’s a diamond in the rough,” Yancey said.

Grunwald is 4-0 with an ERA under 1.00. Grunwald pitched a perfect game in the Regional Final last season and hit for the cycle in the Quarterfinal. He’s hitting almost .400 this season.

Junior Lucas Coll is another solid piece of the rotation.

“We definitely have a better, deeper pitching staff than last year,” Yancey said. “It’s hard to win deep in the tournament with one guy or two. We have five. We are setting up nicely. It’s like we added a whole new pitching staff to our team since last year.

“It’s a good problem to have.”

Catcher Connor Grant is hitting .468 with three doubles in his first season behind the plate. Ashton Warren is hitting over .500 in limited action, and Callahan has raised his average more than 100 points over last year and is batting .377.

Yancey says Williams might be the fastest guy in centerfield in the state.

“When other teams look back at why we beat them, inevitably the answer is Matt Williams,” Yancey said. “He can dominate games.”

Yancey has coached on and off for about 20 years, including time as an assistant softball coach at Huron when his daughter was an all-state player. His time in the Dominican Republic was an eye-opener.

“The kids play hard, but they play loose,” he said. “They know they are out there to have fun. That’s one thing I tell my kids at Huron – play to have fun – but never take a play off. We’ve had very good results that way.”

New Boston Huron will start the MHSAA Tournament run with Carleton Airport. After that, Yancey has the path to Michigan State and the Finals well-mapped out. Now, the Chiefs must go out and perform.

“We’ve built a program,” he said. “It’s not a varsity team, junior varsity team and freshman team. It’s a program. We all wear the same uniforms. Every guy, from the nine guys on the field to the guys on the bench or guys on the JV team … they are all competing for spots. Everyone knows their number could be called at any time.”

PHOTOS (Top) Huron’s Gavin Moczydlowski drives a pitch while his teammates look on during a game at Chelsea. (Middle) The Chiefs’ Cole Grunwald pulls into third base during a game against Trenton. (Photos by Tom Hawley/Monroe News.)