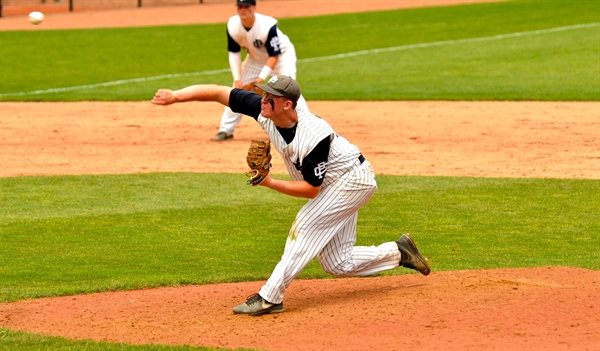 And Grosse Pointe South will play for an MHSAA baseball championship.

Western, ranked No. 4, advanced with a 6-1 victory over Clarkston and will attempt to become the first school in the 43-year history of the MHSAA tournament to win back-to-back championships at the highest level (Division I or Class A).

South is unranked and largely unheralded, but far from untested. The Blue Devils overcame a 7-12 start to win the rugged Macomb Area Conference Red and upset second-ranked Sterling Heights Stevenson on Tuesday in a Quarterfinal. South had lost three times, by a combined 26-5, to Stevenson during the regular season.

“I’m so proud of this group,” said Dan Griesbaum, who is in his 31st season as South’s coach and is the state’s ninth all-time winningest coach with 707 victories. “They’ve just come such a long way.

“What we’ve done the last three weeks has just been amazing. We’re not seeing anyone in the playoffs who’s better than what we saw in the regular season. We’re used to this kind of stuff. We’re used to playing good competition.”

Trailing 1-0, the Blue Devils broke through in the fourth, batting around and using five hits, an error, and a wild pitch to seize a 5-1 lead.

Lakeview (32-6) responded in the next half inning, batting around and scoring three runs on four hits to draw to 5-4.

Eaton came on for starter Douglas Graham with a runner on third base and no one out after the Spartans had pulled close. Eaton, a sophomore right-hander, got a lineout and a groundout, but then issued a walk and hit a batter to load the bases. He got a strikeout to end the inning.

James Fishback’s RBI double in the fifth inning extended South’s lead to 6-4. Lakeview threatened in the seventh, using an error, a single and a walk to load the bases. Eaton induced a game-ending flyout to end the drama.

“I was a little nervous there, but I just knew I had to calm myself down and get through it,” said Eaton, who allowed two hits, walked two and struck out four over three innings. “I think we’re sort of like a Cinderella team. No one really expected us to be here. … It’s just been a great run for us.”

Herbers surrendered nine hits in taking the loss. He struck out six and walked two. Just three of South’s six runs were earned.

Brandon Wise had three hits and Scott Badour tossed a five-hitter for Western, a team that lost seven starters to graduation after winning the 2013 Division 1 championship. 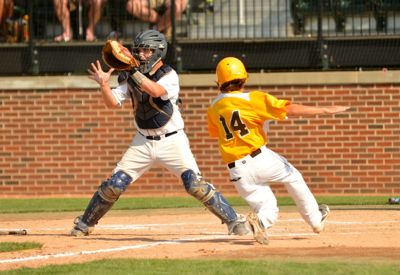 “I am (surprised), but I don’t want to downplay my team,” said coach Tim McDonald, who is in his 22nd year at Western. “They have been rock-solid for six straight (tournament) games. It’s going to take a really good team to beat us, because we don’t beat ourselves.

“In high school baseball and in probably any high school sport, if you don’t beat yourselves then that’s half the battle. If you don’t walk people and you don’t make errors – its tough to put two, three hits together at any level, and that’s what we’re making teams do.”

The Warriors graduated 10 players total off last year’s team, which became just the second in school history to win an MHSAA championship, along with the 1999 boys golf squad.

Six players from that 2013 baseball squad have gone on to play college ball.

“We have two starters back from last year, and we start four sophomores,” McDonald said. “They’ve stopped surprising me. I think they don’t think of themselves as sophomores anymore. We don’t have any stars on this team. We don’t have that one guy that you’ve really got to be careful of. It’s a team in every aspect of the word. We play baseball the way I think baseball should be played. We move runners along, we take advantage of opportunities, and it’s fun to watch.”

Western gave Badour all the support he would need with two runs in the second inning. The runners were driven home by Tyler Snover (sacrifice fly) and Jason Clark (two-out single), both sophomores.

Badour’s sacrifice fly and Snover’s RBI single in the fourth inning extended Western’s lead to 4-0, and the Warriors upped their advantage to 5-0 in the fifth when Carson Eby was hit by a pitch and eventually scored on a throwing error.

Clarkston got back-to-back doubles in the fourth inning from Nathan Witt and Mitch Smith to plate it’s only run.

“That’s Scott Badour,” McDonald said. “Not overpowering, but he’s a pitcher with a capital ‘P.’ He knows what he’s doing; he uses his defense. He stepped up huge for us.”

Witt allowed nine hits and walked one over 5 1/3 innings in taking the loss.