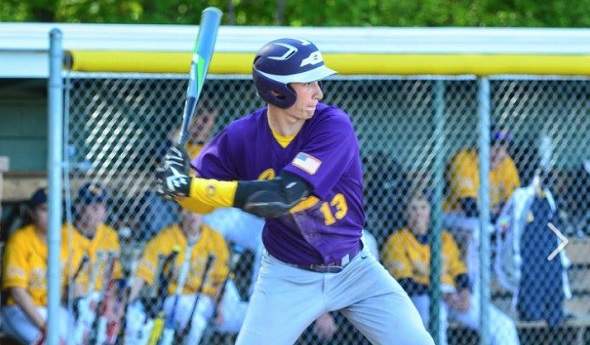 Ten teams are seeking their first baseball titles. Six hope to play in a Final for the first time. Two entered the postseason with sub-.500 records. And a small-school power that voluntarily jumped up this season to take on our largest opponents has made it to the cusp of another championship.

Tickets cost $8 per round and include admission to softball games those days also at MSU’s Old College Field. Radio broadcasts of all games can be heard online at MHSAAnetwork.com. All games will be streamed live online at MHSAA.TV and viewable on subscription basis. Click to order tickets in advance and for a parking map.

GRAND HAVEN
Record/rank: 24-15, unranked
Coach: Michael Hansen, seventh season (record N/A)
League finish: Second in Ottawa-Kent Conference Red
Championship history: Has never played in an MHSAA Final.
Players to watch: Jake Hansen, sr. SS (.397, 29 R, 12 2B, 25 RBI); Sean Casey, sr. P/IB (.325, 19 RBI, 8-1 pitching, 1.08 ERA, 53 K in 78 IP); Kyle Hoover, soph. OF (.371, 23 RBI); Max Schweikert, sr. P/C (7-1, 2.32 ERA, 20 K in 54 1/3 IP).
Outlook: Grand Haven has advanced to its first Quarterfinal and now Semifinal in program history, becoming one of the stories of the tournament and extending the run by beating No. 12 Saginaw Heritage on Tuesday. The Buccaneers are anchored by seven senior starters. Six pitchers have at least one win and four at least one save, with Schweikert closing two games in addition to his seven wins. Michael Hansen pitched for five seasons in the Detroit Tigers minor league system and then professionally in Mexico as well.

NORTHVILLE
Record/rank: 29-10, unranked
Coach: John Kostrzewa, 13th season (349-87)
League finish: First in Kensington Lakes Activities Association Central.
Championship history: Has never played in an MHSAA Final.
Players to watch: Aram Shahrigian, sr. 1B; Nate Wixon, sr. 3B; Ben Schmidt, jr. P. (Statistics not submitted.)
Outlook: Northville is another of the great stories from this tournament, advancing to its first Semifinal since 1972. The Wildcats entered the postseason unranked but as a league champion and with splits with No. 1 Saline, No. 10 Brighton and a win over Division 2 No. 2 Detroit Country Day. They’ve scored 44 runs over five tournament games and reached double digits eight more times during the regular season.

MADISON HEIGHTS BISHOP FOLEY
Record/rank: 23-12-1, No. 7
Coach: Greg Fettes, second season (50-20-1)
League finish: Second in Detroit Catholic League AA.
Championship history: Three MHSAA titles (most recent 2013), one runner-up finish.
Players to watch: Payton Schuster, sr. OF; Justin Campbell, sr. P; Ethan Hoffman, jr. P. (Statistics not submitted.)
Outlook: Bishop Foley is back at the Semifinals for the first time since that most recent title run. The Ventures came out of the Catholic League AA but also got some nice preparation sweeping Dearborn Divine Child (now in the Division 2 Semifinals) and beating reigning Division 1 champion Warren DeLaSalle – both play in the Catholic League Central. Bishop Foley has shut out four of five postseason opponents, outscoring them by a total of 67-1.

HUDSON
Record/rank: 26-16, unranked
Coach: Jeremy Beal, 13th season (242-245)
League finish: Tied for sixth in Lenawee County Athletic Association.
Championship history: Has never played in an MHSAA Final.
Players to watch: Anthony Wohlgemuth, sr. C/P; Jesse Heistan, soph. P; Ty Perin, fr. OF. (Statistics not submitted.)
Outlook: It’s been quite a rise for the Tigers, who tied for last in the LCAA only a season ago but bring a 10-1 run into this weekend after downing No. 8 St. Joseph Lake Michigan Catholic in the Quarterfinal. Wohlgemuth and pitcher Josh Heistan are the only seniors; there are 14 underclassmen on the roster. The 25 wins are Hudson’s most since going 30-10 in 2011 and more than double last spring’s total.