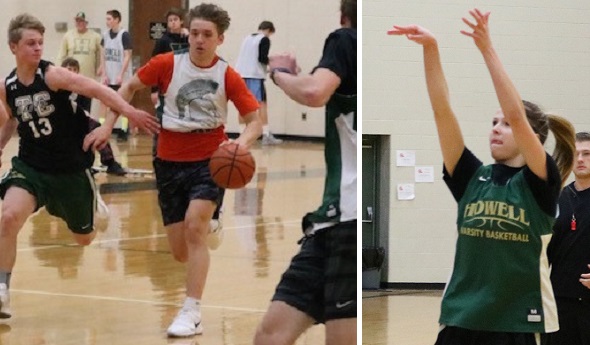 For the best players on Howell’s boys and girls basketball teams, the third year has been the charm.

Those players, Josh Palo and Lexie Miller, have combined talent and experience with confidence while leading their teams to fast starts this winter.

Both are in their third full season on the varsity; Palo is a junior while Miller is a senior.

They also have this in common: Both would much rather talk about their team’s accomplishments.

“It’s all about the team,” said Miller, who has signed with Wayne State University. “I think we have improvements to make, but we’ve been watching film and can do better. I think we’ll get there if we keep working hard.”

Miller is part of a Highlanders team which features four seniors, including Miller, who have spent three full seasons on the varsity. They have been playing together for years.

Miller, who is 5-foot-6, also qualified for the MHSAA Division 1 cross country meet as a freshman before turning her attention to basketball fulltime. Her speed allows her to blow by defenders. She’s not afraid to put up 3s, nor is she afraid to drive to the basket.

But Howell girls coach Tim Olszewski said it’s her competitiveness and drive that help make her first among equals, and confidence that has made her a leader.

“(Two years ago) we had Erin Honkala, who would call team meetings and say, ‘Listen, this is exactly how things are going to go,’” Olszewski said. “Last year, as juniors, none of them wanted to grab the reins and do that. This year, we’ve got great senior leadership, with Lexie at the forefront of that. She will say something, and because of the way she conducts herself out on the court, you have to listen.”

Palo, a 6-2 junior, plays both guard positions for the Highlanders and does whatever is needed on defense.

“He’s kind of a jack-of-all-trades,” Howell boys coach Nick Simon says. “We do a lot of switching (on defense) and a lot of different things and he’ll play where needed on defense. He’s guarded the other team’s point guard in a couple of games, and he’s guarded the other team’s center a few times. He’s very knowledgeable about the game, and he understands how to play it. That allows him to guard guys down low and out on the perimeter.”

Palo scored 33 points in an overtime win at Linden in the Highlanders’ season opener, displaying the first results of a busy summer.

“I put in a lot of work over the summer,” he said. “I was always in the gym. Kip (teammate Kip French) has a little gym at his house with a shooting machine, and I was out there shooting every day this summer. That’s why I think I’m doing so much better this year. I have more confidence this year, knowing what I can do, when I can score and when I can get my looks.”

Simon led Howell’s boys to a Class A Quarterfinals four seasons ago. That run included the first time Howell had won a District title in nearly 20 years. The Highlanders have gotten to the Regionals the last two seasons, and Palo says he thinks his team can go farther.

“I really do,” he said. “We’ve got a good group of guys here, and we’re all bought in on what we’ve got to do. We’re going hard in practice every day, trying to get better. Everyone gets their role pretty well, and we always go into games confident. We never think we’re the underdog. We can always pull one out if we need to.”

Howell plays in the Kensington Lakes Activities Association, where boys and girls play at alternate sites on the same night.

As a result, neither Palo nor Miller has seen the other play often – but the rare impressions are lasting ones.

“She’s real fast,” Palo said. “She can dribble pretty well. She could spot up and hit some 3s for us.”

Both will have opportunities to see the other play in the postseason. But as of now, they have their own dreams and team goals for which they are striving.

“It’s interesting to have a guy who’s had a breakout year and get him back for another year,” Simon said of Palo. “Traditionally, you see guys peak as seniors, and that’s when they come out of their shell. For a guy who’s in his third year on varsity (as a junior), I think that’s a huge advantage. You’re able to get him out of that shell a little earlier.”

Miller, while being the leading scorer on the Howell girls team, is far from the only offensive threat. Opponents who key on Miller learn that, to their dismay. By the time they adjust, often, Miller makes them pay at a key moment.

“She lives for the big moment,” Olszewski says. “She wants the ball in her hands. She’s definitely an ice-in-the-veins kind of kid, and I would have no problem giving her the ball in any situation at the end of a game.”

Palo and Miller both look to stand out in a team concept, and that drive could well determine the final destination for both teams this winter. 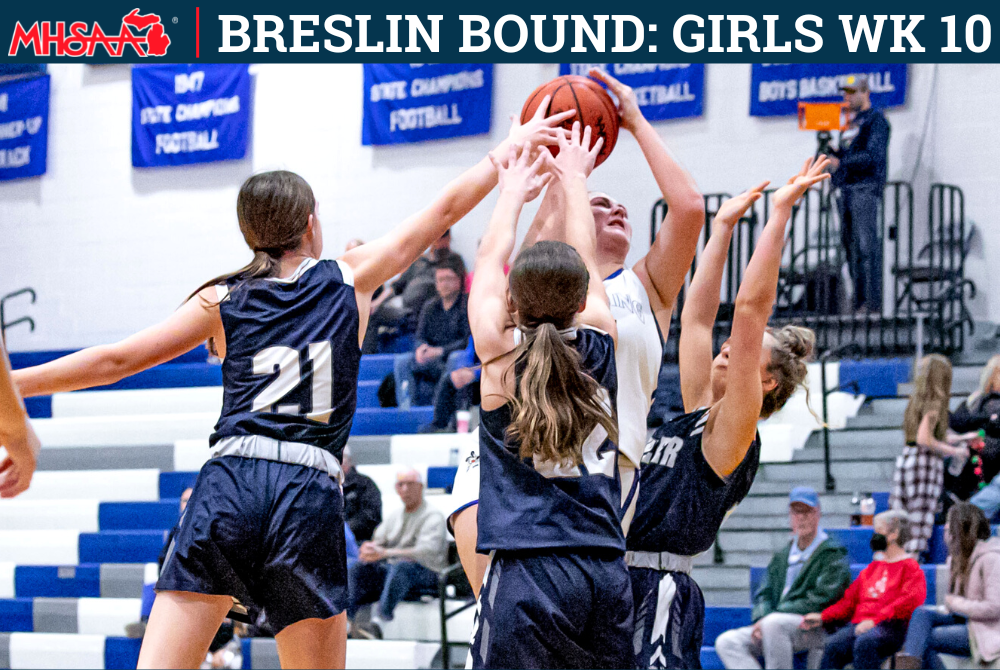 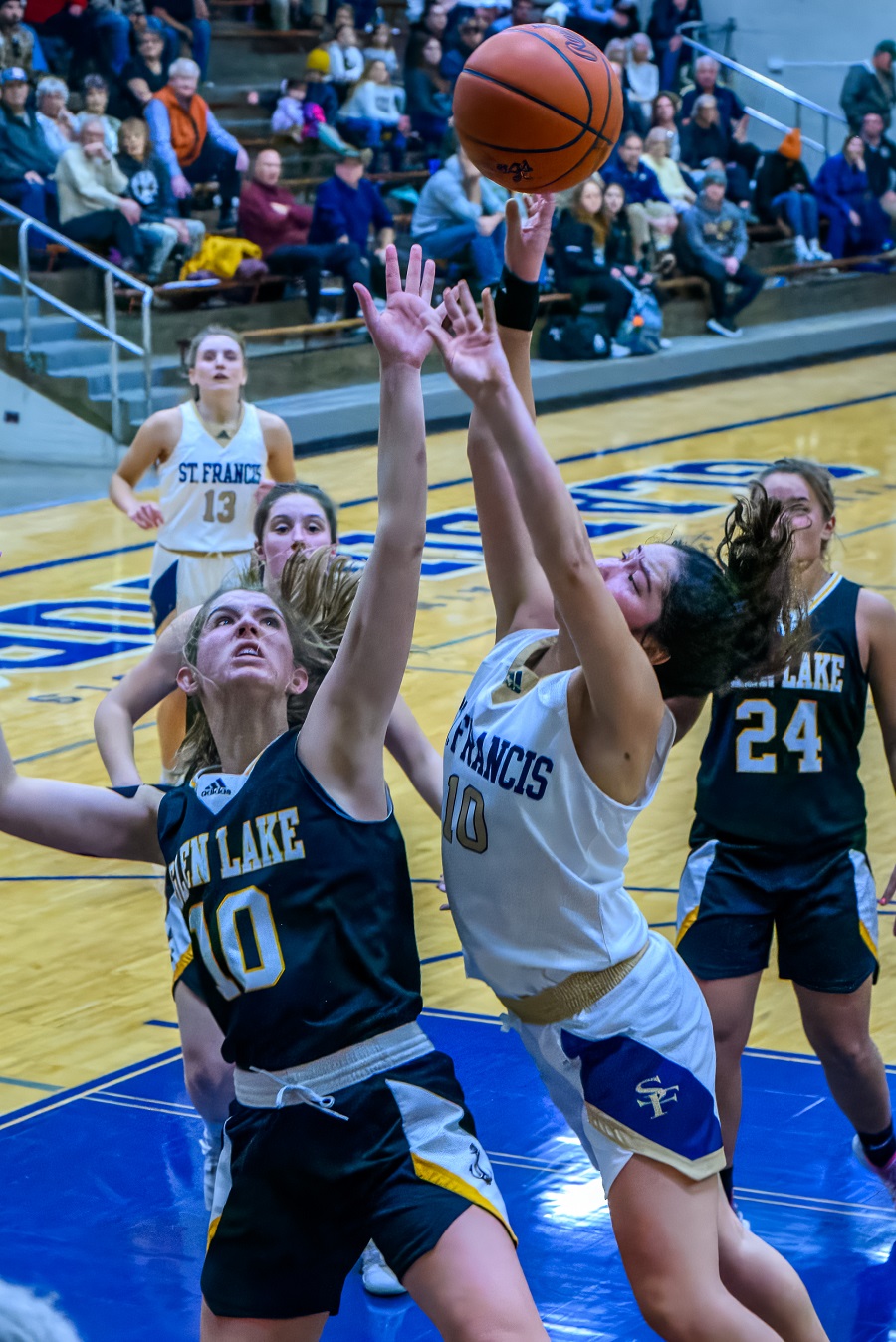