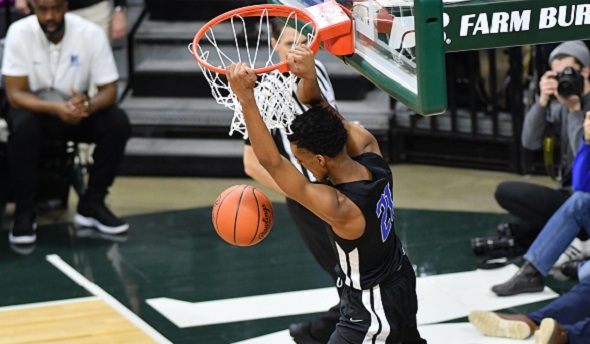 Bates earlier was named the Michigan award winner for the second time. The award recognizes athletic excellence but also academic achievement and on and off-court exemplary character.

The 6-foot-9 do-everything player capably is able to man all five positions on the court, and this season averaged 33.1 points, 9.1 rebounds, 2.9 assists and 2.3 steals per game while leading Lincoln to an 18-3 record before play was halted because of COVID-19. Bates has scored 1,343 points through his first two seasons of high school basketball.

Additionally, Bates carries a B average and has volunteered in local elementary school literacy campaigns and as a youth coach, as well as participating in clothing and shoe drives for community churches.