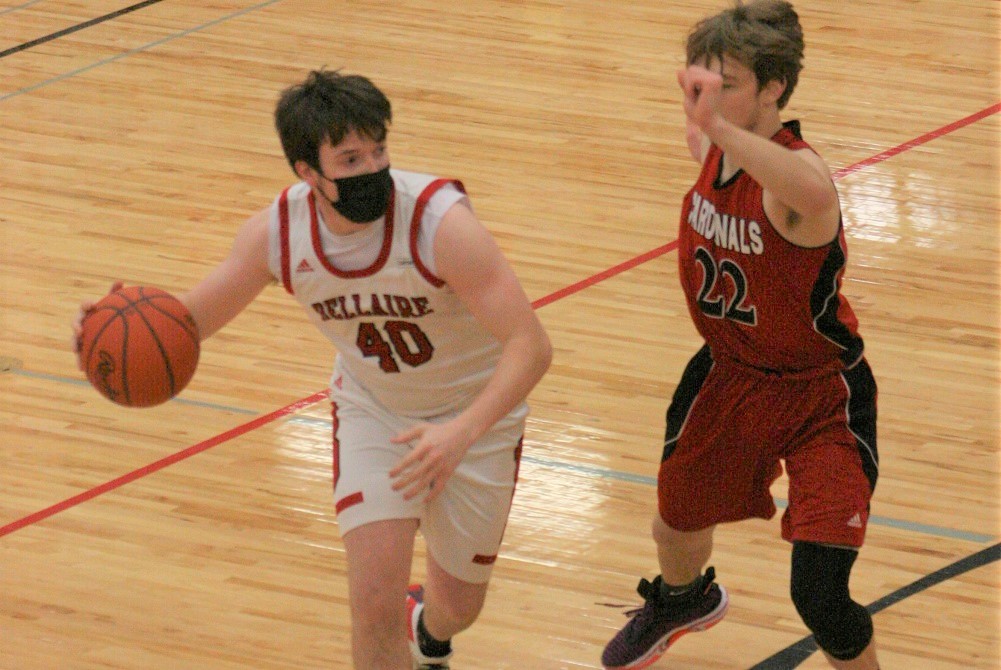 When Paul Koepke took over Bellaire basketball, he stepped into some mighty big coaching shoes.

He’s got the Eagles on the right track as they work to return to being a powerhouse program. The culture almost fits the visions he’s had since taking over for legendary and hall of fame coach Stan Sexton. They’re 8-7 overall and 6-5 in Ski Valley League play.

But today he’s preparing to lose his only senior starter, Cole Robinson, perhaps better known as The Captain.  Robinson may not be as famous as the professional athletes whose careers led to being known as The Captain — baseball’s Derek Jeter and hockey’s Steve Yzerman —but he is to the locals.

“I have a bunch of freshmen,” noted Koepke, who’s been around the Eagles since the early 2000s as a middle school and varsity assistant coach. “I couldn’t ask for a better set up than having him as my captain.”

Robinson, a three-sport star for the Eagles, joined Bellaire’s 22-2 varsity team his freshman year as the postseason run ended with a 50-41 upset loss to Suttons Bay in the Regional. That loss ended a string of deep postseason runs covering decades. It was Koepke’s first year at the helm.

Today the Eagles are preparing to host Fife Lake Forest Area with their captain possibly on the sideline.  He suffered an ankle injury in this week’s 44-32 win over Pellston. Koepke helped the senior guard off the floor after his first career injury.

He saw a glimpse of how things could be next year without The Captain, but he loved how his Eagles responded and how Robinson handled it.

The Eagles immediately went into a “win it for Cole” mode. Bellaire hopes tonight’s game will be the only game the 6-foot, 205-pounder needs to sit for a full recovery.

“Cole was on the bench cheering like a mad man after the injury,” Koepke said. “The kids were high-fiving him, and he was coaching kids up.

“We probably had better effort after that,” he continued. “We competed at a higher level, and I think we won that one for Cole.” 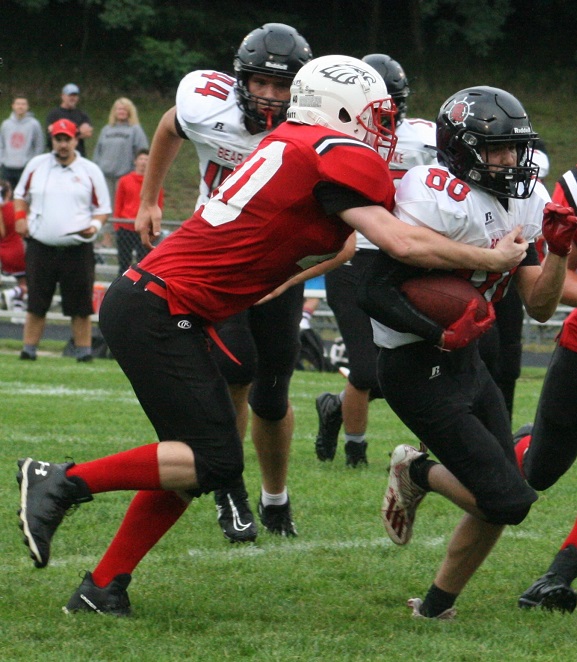 The injury didn’t hamper his leadership skills a bit. The Eagles beat Pellston with the same freshmen and sophomores Robinson’s had under his wings for some time.

Robinson has high hopes the young players will help win a District championship like the Eagles regularly did during their glory days. He has yet to win a District title – in any sport – during his years at Bellaire.  He’s got this basketball season and his senior baseball season to experience it.

He did experience a first earlier this basketball season. Bellaire beat Gaylord St. Mary 69-62 on Feb. 8, the first win Cole and his senior teammates had experienced over the Snowbirds in any sport.

Robinson, who admits football is his favorite sport followed by baseball, likes helping his young teammates on the court. And he can’t wait to see them on the baseball field.

The Eagles have racked up more basketball wins this season than the previous two combined.

“For us, this is a big improvement,” Robinson said. “We’re a really young team.

“I think we’re going to surprise a few teams in the Districts,” he continued. “It’s going to be a tough one.”

Ellsworth, last year’s champion, will likely get the top seed in the 2022 tournament, hosted by Central Lake. Boyne Falls and Gaylord St. Mary also will vie for the title. The Eagles lost to Ellsworth 70-52 in the season opener. The freshmen were coming off just a two-game middle school season due to COVID-19 cancellations.

“Our record is starting to show we’re not just a bunch of freshmen just being freshmen,” Koepke said.  “We’re starting to get pretty good.”

Bellaire starts three freshmen, a sophomore and The Captain.

“This man is selfless,” Koepke said about Robinson. “He’s the first one to come to me when I get there (to practice or games) to give me a fist bump and ask me how my day is going.

Robinson is averaging nearly six points and three assists per game. He also hauls in eight rebounds per contest. He’s coming from an outstanding football season as the Eagles’ tight end, tackle and defensive end. He had two touchdown receptions in the fall.

Jayden Hansen, a freshman, leads the team in scoring at more than 15 per game. Another freshman, Drake Koepke, averages 12 points.  Hanson is among Northern Michigan’s leading rebounders. Koepke, the coach’s son, is among the area’s leaders in steals.

But the starting lineup is set.

“We finally kind of found out these are our guys, our lineup,” Koepke said. “We’re growing now.

“We understand who we are, and now we have to fix some things we struggle with,” he continued.  “Right now we have a great attitude, and we are peaking.” 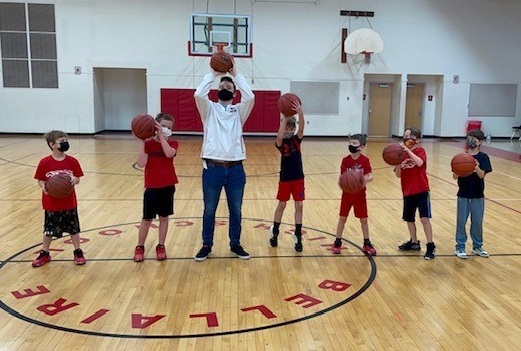 Robinson goes back a long way in Bellaire. He was a water boy for the varsity team when his father, Brock, was the Eagles’ head football coach. Brock died suddenly in 2020, and had served as The Captain’s youth football and baseball coach and high school football coach his freshmen and sophomore seasons.

The younger Robinson also lost his 2020 baseball season due to COVID. But he has persevered. Today he’s a regular on the court coaching youth basketball and his youthful teammates.

“You can say it’s been a little tough —I obviously miss him of course,” The Captain said. “He loved sports just as much as I do.

Coach Koepke, who also assisted Coach Robinson in football, is amazed by his captain’s career and his contribution to the Eagles’ success.

“He is always a positive person,” Koepke said. “There are so many things he does.”

If the Eagles don’t make the great run this season as they have in the past, the veterans they’ll have next season along with others impacted by Robinson should help them return to the glory days.

“You are going to be a better person because you met Cole,” Koepke said. “That’s basically what Cole is.

“We’re all going to miss Cole. He’s made me a better person for sure.”