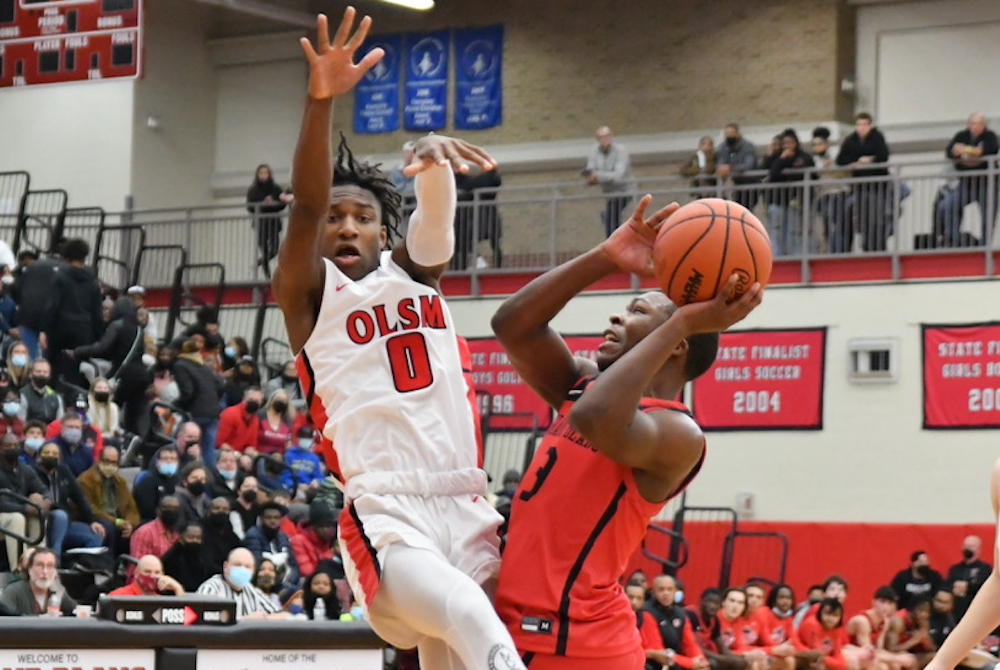 Every basketball season, with little research needed, we can list at least a handful of elite teams we’ll be talking about often as they make their way toward possible March trips to the Breslin Center.

But as we reach mid-January, teams big, small, north, south and all points between are still in the early stages of creating the stories of their seasons. And this week’s report includes a pretty good mix of regulars and others we haven’t highlighted for quite a while.

2. Muskegon 84, Benton Harbor 58 This Big Red Classic win moved host Muskegon to 4-0, and it should earn the Big Reds some significant attention as it also was the first defeat for the Tigers (6-1).

3. Orchard Lake St. Mary’s 65, Grand Blanc 62 The reigning Division 1 champ Bobcats may be only 1-3, but at their Classic they gave the Eaglets (4-2) the latter’s toughest challenge so far this season.

4. North Farmington 45, Clarkston 43 The Oakland Activities Association Red is one of the strongest leagues in the state, and this opener was a big first step for the contending Raiders (7-1).

5. Detroit Edison 66, Harper Woods Chandler Park 60 The Pioneers (2-3) have played four teams either unbeaten or with one loss, and Chandler Park (2-1) is one of two teams to which they’ve dealt that first defeat.

East Lansing (6-1) After opening with a loss to another of the top teams in Division 1, North Farmington (see above), the Trojans have won six straight with four of those victories against teams with winning records. They handed Hamtramck (5-1) its lone loss during the Motor City Roundball Classic after edging Kalamazoo Central by three at Cornerstone University. East Lansing made the Division 1 Quarterfinals last season.

Grand Haven (6-0) The Buccaneers are following up last season’s District title run with a fast start this winter. They defeated Traverse City St. Francis and West to win their Lakeshore Cup at the end of December, and have dealt the lone defeats to St. Francis (5-1) and Muskegon Reeths-Puffer (4-1).

Marshall (6-0) Five of Marshall’s six opponents are sitting .500 or better, making this start even more impressive. But it appears to be a continuation of last season’s surge. The Redhawks finished last winter 10-6 and on a 9-3 run, and Tuesday they get a chance to avenge their season-ending loss with a road trip to Battle Creek Pennfield.

Ovid-Elsie (6-0) The Marauders have won league titles four of the last five seasons, with a runner-up finish in the Mid-Michigan Activities Conference a year ago. They’re back in the thick of things, tied with Chesaning for first at 4-0 in league play and with a 37-31 win over another possible contender in Durand (4-2).

Blanchard Montabella (5-0) The Mustangs already are in line for their best season since 2018-19 after winning seven games a year ago and six the season before. The best victory so far came in mid-December, 51-43 over Mid-State Activities Conference foe Breckenridge, which remains the Huskies’ lone loss. Montabella lost to Breckenridge by seven and 32 last season.

Union City (6-1) The Chargers won six games last season and a combined 10 over the last two. But after opening with a loss to still-undefeated Olivet this winter, Union City has yet to lose again – with a two-point win over Buchanan on Dec. 18 its only single-digit victory of the run.

Ellsworth (7-0) The Lancers are seeking a fifth-consecutive Northern Lakes Conference championship this winter, and they’re off to the right start with five wins by double digits and one of the single-digit victories last week over league foe Mackinaw City. Coming off a District title as well from last season, they’ve gotten rolling again quickly as well; Ellsworth is one of only eight teams statewide that has reached seven wins entering this week.

Ewen-Trout Creek (5-0) The Panthers are playing for a third-straight championship in the Porcupine Mountain division of the Copper Mountain Conference. Among their first five wins are the lone defeat for Wakefield-Marenisco and an avenging of last year’s District Final loss to Bessemer. E-TC opened the calendar year last week with a 35-point win over Dollar Bay, winner of 15 games a year ago.

Tuesday – Orchard Lake St. Mary’s (6-0) at Warren De La Salle Collegiate (7-0) – The Detroit Catholic League Central will do some initial sorting out this week, with this one of a handful of contests that could reshape the early standings. (In another, Brother Rice faces Detroit U-D Jesuit on this night.)

Tuesday – Dexter (4-0) at Ann Arbor Huron (4-1) – These are the early co-leaders in a Southeastern Conference Red featuring four teams unbeaten or with one loss.

Tuesday – Alma (6-0) at Freeland (5-0) – Three teams remain undefeated in Tri-Valley Conference 8 play, and Freeland gets the third, Frankenmuth, on Friday.

Tuesday – Napoleon (6-0) at Vandercook Lake (6-0) – These are two of three teams tied for first in the Cascades Conference, and also the only two in the league with overall winning records.

PHOTO Orchard Lake St. Mary’s traveled to Grand Blanc on Saturday and won 65-62 in one of the week’s most notable games. (Photo by Terry Lyons.)