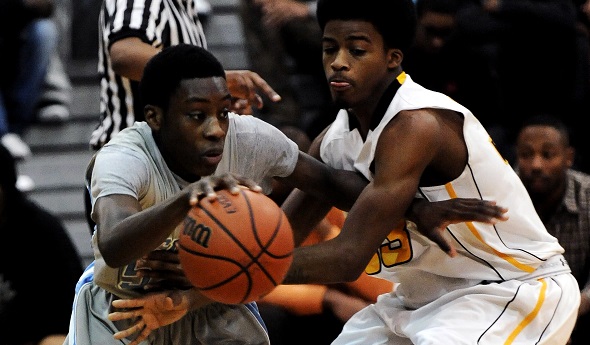 League games mean more, and the postseason trumps all. But some of the most intriguing matchups of each basketball season take place during holiday break.

This winter was no different.

Below is this week's list of 10 boys teams that caught my eye over the last few weeks, based in large part on some impressive wins at showcases around the state.

(Records are based on results reported to the MHSAA Score Center.)

1. Detroit Consortium (5-0, Class C) – The Cougars have built another impressive start including wins over Detroit Douglass, Saginaw by 30 and Grand Rapids Christian by 35.

2. Muskegon Heights (5-1, Class C) – The Tigers looks to be back among the contenders in their class, with holiday break wins over Benton Harbor and DeWitt both by a point and their only loss by four to Rockford.

3. Taylor Truman (5-0, Class A) – The Cougars have jumped to a quick start and tie for first place in the Downriver League, with their nonleague win over Orchard Lake St. Mary’s arguably the most impressive so far.

4. North Farmington (4-0, Class A) – The Raiders’ perfect start was punctuated by their most recent win, a one-pointer over annual Class B power Lansing Sexton at the Motor City Roundball Classic.

5. Bay City John Glenn (5-1, Class B) – The Bobcats’ lone loss was to solid Class A Okemos, and a two-point win over Flint Powers Catholic last week was a great return to the win column.

6. Otsego (5-1, Class B) – The Bulldogs have beaten all of their in-state opponents by at least nine points; their lone loss was to Ontario’s St. Marguerite d’Youville in the final of the Grand Rapids Catholic Central Tournament.

7. Holt (5-0, Class A) – The Rams can make the argument, with Okemos just behind, as the Lansing area’s best team so far in 2013-14; Holt already owns a win over Lansing Eastern, another contender for the top spot.

8. Troy Athens (5-2, Class A) – The Redhawks have rattled off five straight wins including a two-pointer over Auburn Hills Avondale, and won the championship at the Northville Holiday Tournament.

9. Muskegon Western Michigan Christian (4-1, Class C) – The Warriors have been one of the most impressive small-school teams on the west side of the state, with four wins after an opening loss to Mona Shores; the latest victory was a seven-pointer over Class D power Wyoming Tri-unity Christian.

PHOTO: Detroit Consortium (gray jerseys) drove past Saginaw over holiday break and the rest of its opponents so far this season. (Click to see more at HighSchoolSportsScene.com.)