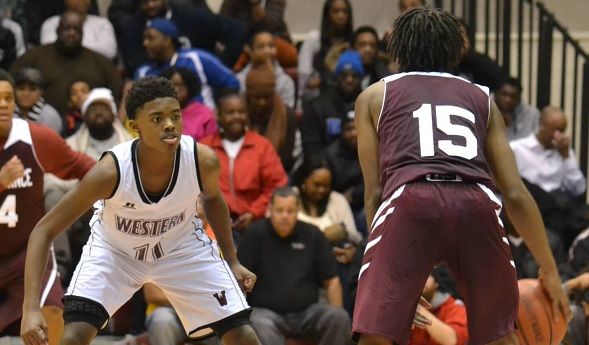 The following boys basketball high achievers include a few that made history in clinching championships last week.

Some of the other teams that stuck out most fell short of league titles this winter – but could become champions once the postseason begins.

Detroit Western International (17-0) – The Cowboys needed every last point to secure their first Detroit Public School League championship since 1922, beating Detroit Renaissance 46-45 on Friday after dispatching Detroit Pershing and Detroit Cass Tech in earlier rounds. The Final was only the second time Western didn’t win by double figures this season.

Holly (15-2) – The Bronchos locked up a second straight Flint Metro League title against Clio on Friday and are undefeated in league play including 6-0 against teams with at least 10 wins overall. Holly’s lone losses were both by five points and both in December – to Detroit Country Day and Flint Southwestern.

Lansing Everett (15-2) – The Vikings pulled into a tie for first place in the Capital Area Activities Conference Blue and handed Grand Ledge its first loss of the season Friday, 82-78 in overtime. Top player Trevor Manuel fouled out with a minute left in regulation, but his supporting cast filled in nicely in claiming the biggest win in the Lansing area this winter.

Muskegon (16-1) – The reigning Class A champion is a mere basket from perfection this winter, its only loss 58-57 to East Kentwood on Dec. 30. The Big Reds have rocked since, clinching the Ottawa-Kent Conference Black title Friday against Muskegon Reeths-Puffer; a 69-59 win over Romulus last month has been among other highlights.

New Haven (17-0) – The Rockets have soared from fifth in the Macomb Area Conference Gold last season to first with a chance to clinch the title today at Warren Lincoln. New Haven had impressive wins early including a 40-pointer over Richmond, the top team in the Blue Water Area Conference. But Mount Clemens on Friday should be the biggest threat to the winning streak.

Onsted (13-3) – The Wildcats have improved substantially from last season’s 11-9 finish and are tied for second in the Lenawee County Athletic Association behind already-clinched champion Hillsdale. Onsted is a combined 13 points from 16-0, but does see co-second place Dundee again March 6 after losing to Dundee 45-43 on Jan. 6.

Wyoming Godwin Heights (16-1) – The Wolverines have avenged that lone loss, by three to Grand Rapids NorthPointe Christian on Jan. 24, to move into a first-place tie in the O-K Silver. Godwin Heights should close out its fifth straight league title before a nice test against Class A Grand Rapids Christian to end the regular season.

Constantine (14-2) – The Falcons moved to the top of the Kalamazoo Valley Association standings Friday with a 59-51 win over previous leader Kalamazoo Christian, one of two teams that has beaten Constantine this season (third-place Kalamazoo Hackett is the other).

Flint Beecher (15-1) – In addition to beating a strong Goodrich team twice in the GAC Red (see above), Beecher has built an impressive slate with victories as well over River Rouge (11-4), Flint Northwestern (13-2), Flint Southwestern (11-4) and Saginaw (12-6).

McBain (14-2) – The Ramblers still may have to win two of their last three league games to clinch the Highland Conference championship. But McBain beat second-place Manton 61-33 on Friday to move into first place after entering that game tied with the Rangers atop the standings.

Monroe St. Mary Catholic Central (13-2) – The Falcons are going to have a tough time coming back to win the Huron League; they trail Milan by two wins with two league games remaining. But St. Mary should be tough to deal with in Class C this postseason after playing in Class B last winter, when it also fell to eventual B champion Milan in the first game of Districts.

Mio (14-2) – The Thunderbolts can’t catch Hillman in the North Star League’s Big Dipper division, but they’re firmly in second place with their only losses this season to the first-place Tigers. Mio should get one more regular-season test before the playoffs, in Class C Johannesburg-Lewiston on March 3.

Morenci (14-2) – The Bulldogs claimed a share of the Tri-County Conference championship Saturday night with a 58-52 victory over Clinton, which entered tied for first in the league. Those two were fourth and fifth, respectively, only a season ago.

Peck (15-3) – The Pirates have won seven straight, in the process taking back a share of first place in the North Central Thumb League by winning their rematch with co-leader Kingston on Feb. 17. The other two losses this fall were to Class B Richmond by only four and Class C Marlette.